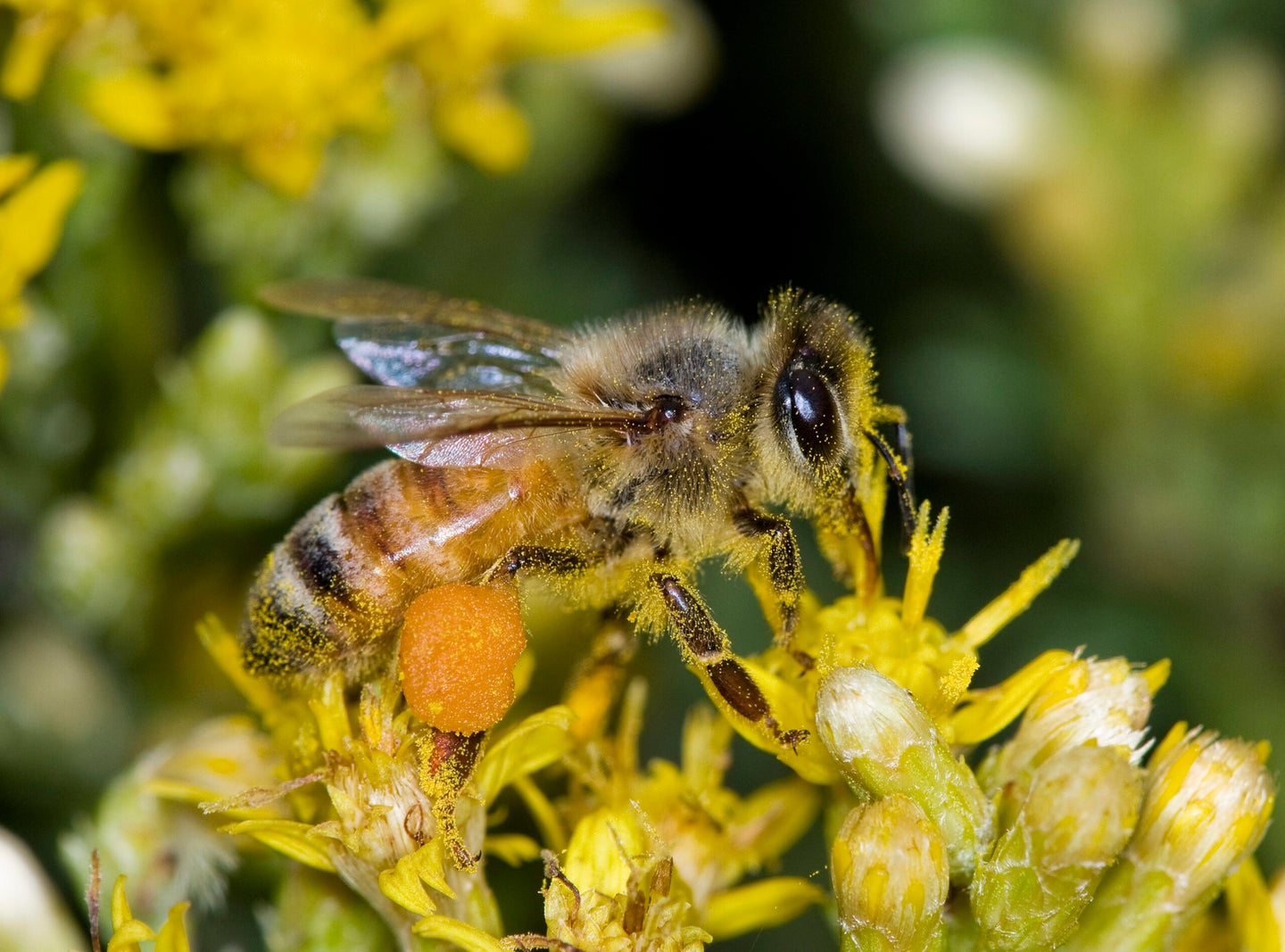 Within the past decade, antibiotic resistance has become a critical issue for global health. More and more strains of bacteria have grown tolerant of the typical methods used to kill them, limiting doctors’ treatment arsenal and putting the health of patients at risk.

With conventional medications proving ineffective against these determined killers, researchers have been turning to more outside-the-box ideas instead. One of those potential alternatives? Bee honey. Or more specifically, the bacteria found in bee honey.

Researchers at Lund University in Sweden have identified a group of 13 lactic acid bacteria produced by bees that yield a number of unique antimicrobial substances. They believe these substances have helped protect bees’ health for millions of years, and they could help protect humans from infection in the future. In a new study, published in the International Wound Journal, the researchers used honey containing these bacteria on several antibiotic-resistant human wound pathogens in the laboratory, effectively vanquishing all of the pathogens.

These therapeutic bacteria are stored in the bee’s honey stomach, which is separate from the bee’s gut. “It’s where the bee stores nectar, regurgitates it, and collects it from the plants,” Eile Butler, one of the researchers on the study, tells Popular Science.

“A lot of research has been looking back at ancient methods”

However, that doesn’t mean you should go guzzling honey from the supermarket just yet. Butler says that consumer honey doesn’t contain these bug-battling bacteria, as it has usually been sterilized to eliminate spores and other elements that could cause health problems. Additionally, as honey crystalizes with age, it loses much of its water content, causing these crucial bacteria to die off. So, in order to make their medicinal salves, Butler and her research team reintroduced the good bacteria into honey that had already been sterilized. They then let the bacteria grow for 24 to 48 hours, allowing the microorganisms to produce a multitude of antimicrobial substances. They think that these antimicrobial compounds are what destroy antibiotic-resistant germs.

The honey concoction was tested on a number of pathogens, including methicillin-resistant Staphylococcus aureus (MRSA), Pseudomonas aeruginosa, vancomycin-resistant Enterococcus (VRE), and more. The mixture destroyed all of them in a lab setting. Moving one step further, the researchers directly applied the honey salve to 10 horses with persistent wounds. Since then, all of the animals’ wounds have fully healed. (Previously, their owners had tried several other methods without success).

The researchers still need to show that their honey concoction is effective against topical human infections. If those clinical trials are successful, Butler is hopeful that the honey could be used to treat infection relatively soon, as it is a natural substance that has been consumed for centuries.

Plus, it wouldn’t be the first time honey has been used for medicinal purposes, as the treat is known for its many anti-inflammatory properties. “Ancient Egyptians used honey to dress wounds,” says Butler. She notes that many experts have been looking to history for answers on how to defeat antibiotic resistance. “A lot of research has been looking back at these ancient methods, possibly combining them with antibiotics or using them as stand alone treatments.”