Hawaii’s most popular coral reefs are in big trouble

Reefs are in grave danger across the globe. 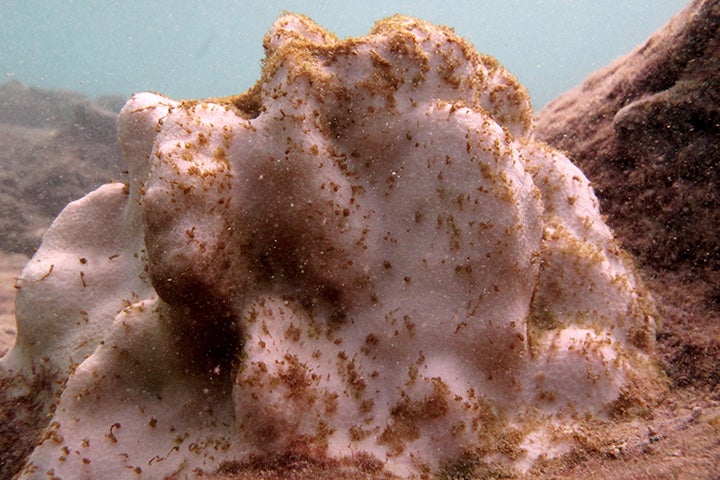 On October 8, 2015, the Cubs advanced to the National Division Finals for the first time since 2003; South Carolina, still drowning after historic floods swamped the state with as much 16.6 inches of water in less than a day, braced itself for still more rain; and the National Oceanic and Atmospheric Administration (NOAA) declared the third ever global coral bleaching event, citing warmer than usual global ocean temperatures as the cause. That event, according to a study released this week in the journal PeerJ, devastated the reefs surrounding Hawaii’s number one tourist destination: Hanauma Bay Nature Preserve. Researchers found that 47 percent of the flattest, broadest areas of the snorkeling paradise’s reef had bleached. Just under 10 percent of Hanauma Bay’s corals died.

Corals are animals often mistaken for minerals because of their skeletal, rock-like structure and slow-growing, immobile nature. And somewhat confusingly, these creatures play host to vegetables. Symbiotic algae dwell inside coral, giving them their colorful cast and providing much needed oxygen and waste removal.

But when corals are exposed to water that is too warm or otherwise toxic, they expel that symbiotic algae, leading to a white coloration known as bleaching. Bleaching doesn’t just make coral less attractive, it also makes them more susceptible to death and disease. Severe bleaching can kill coral and destroy a reef (reefs are essentially colonies of individual coral) leaving behind a graveyard of bleached bones. Although coral reefs account for less than one percent of the marine environment, they’re home to 25 percent of all marine life.

Global bleaching events like the ones that the researchers say hurt Hanauma Bay are incredibly rare—the first one ever documented happened in 1998, the second in 2010—and climate change is thought to be the main driver. The damage isn’t just limited to Hawaii, either: after two years of back-to-back bleachings in 2016 and in 2017, 50 percent of Australia’s Great Barrier Reef, the world’s largest coral reef, has bleached.

“There were no major bleaching events known to science until 1983,” says study author Ku’ulei Rodgers, a researcher at the Hawaii Institute of Marine Biology, University of Hawaii. Before then bleaching events were local, not regional—never mind global. Rodgers was joined on the study by Paul Jokiel, who created the first widespread coral reef monitoring program in Hawaii but passed away in 2016. “Here in Hawaii we only had a bleaching event in 1996, and then the corals recovered,” Rodgers says. “Unlike many places in the world, here we did very well until 2014.”

“What we wanted to see [in this study] is what the differences are within a site and between sites,” says Rodgers. “Within Hanauma Bay, we wanted to characterize the different currents and see if the bleaching and the mortality were different in different sectors.” Some sectors saw a lot of human traffic by way of swimmers and snorkelers, but far-off quadrants were generally untouched. Had that helped them survive?

To understand how warming was affecting the reef around Hanauma Bay, researchers split the bay into four quadrants and recorded water temperatures every fifteen minutes from June 2015 to January 2016. They also tracked water circulation patterns to better understand how ocean currents played a role in bleaching.

“We found that the human pressures didn’t play a role in the bleaching,” says Rodgers. “The bleaching was across both of those areas.”

Studies like this one at are important because while warming waters are the overarching reason for global coral bleaching, local human impacts—from agricultural pollution to physical destruction (like when a British cruise ship rammed into an Indonesian reef earlier this year, causing $18 million dollars of damage)—can not only magnify the impact of a warming event, but also make it harder for the reef to recover afterwards. Because Hanauma Bay is a protected area it’s subject to fewer human-caused pressures than other reefs—there isn’t overfishing, for example, or sedimentation caused by agricultural runoff.

What was the biggest factor? Recirculating water. In areas where the currents were recirculating, coral bleaching—and deaths—were higher. This makes a certain amount of intuitive sense to anyone who has ever gone to a beach or a lake. Water coming from the deep ocean is cooler than water at shore, since shallower water is more easily warmed by the sun. If the water comes in and goes out, that’s less of a problem than water that recirculates in shallow zones, getting ever warmer as time goes on.

Under normal conditions this wouldn’t be a problem. But because of climate change, conditions are no longer normal.

Coral tend to do best at temperatures between 73 and 84 degrees Fahrenheit (though some species can tolerate warmer or cooler temperatures). If, in the past, the water entered at 80 degrees and, due to recirculating, hit 84 degrees, that wouldn’t be a problem. But if that same water enters at 84 degrees and hits 88 degrees while recirculating, those few degrees could be enough to kill off at least some coral.

“When you have high coral populations, you also have high fish populations because those fish, some of them are corallivores, they eat only corals,” Rodgers says. “Others are looking for a place to hide, others eat the invertebrates in there. It’s just a thriving area when you have corals.”

But that bounty will be lost if we can’t keep our reefs out of hot water.