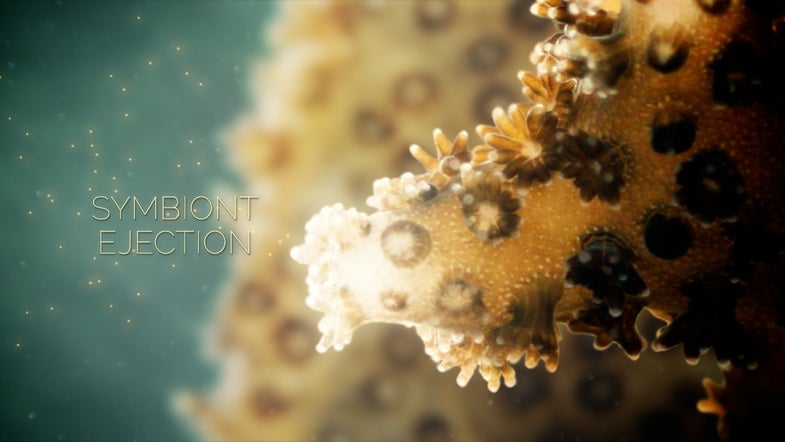 Corals are a quirky species—they’re invertebrate animals built out of genetically identical polyps, which collect together into massive underwater reef structures. For food, they rely on a symbiotic relationship with algae, which make sugar and nutrients through photosynthesis. This video, created by a team at the Howard Hughes Medical Institute, envisions a reef seen from miles above the planet. Then, it zooms in to the microscopic structures where the algae live. The animation details how rising ocean temperatures can prompt coral to eject the algae—a process known as coral bleaching. Without their symbiotic partners, bleached coral slowly die.

“Coral Bleaching: A Breakdown of Symbiosis” won the Expert’s and People’s Choice awards for Video in the 2016 Vizzies. See all 10 of the winners.