New findings are in line with NASA and NOAA estimates. 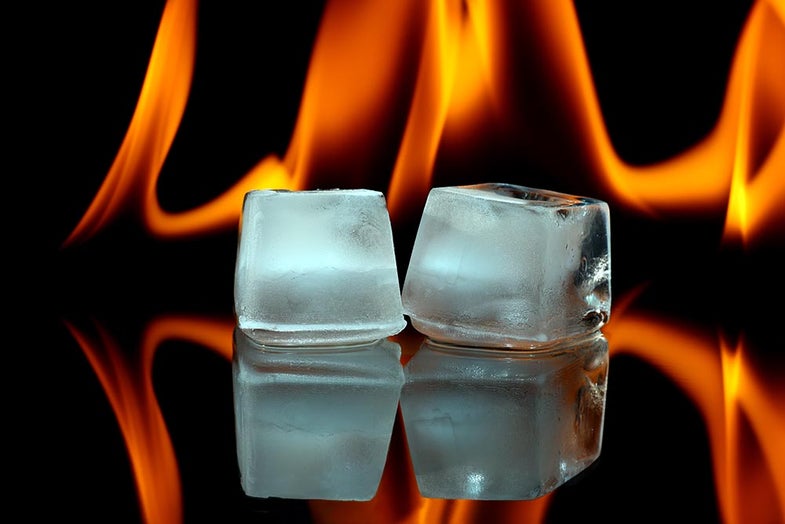 The Met Office, the United Kingdom’s national weather service released analysis today revealing what anyone who lived through 2016 probably knows—it was a hot year.

The analysis comes after a report released earlier this year by NASA and the National Oceanographic and Atmospheric Administration (NOAA), also found that 2016 was a scorcher. It’s almost as though the climate is changing.

That said, although the three agencies came to similar conclusions—that 2016 was hot and that it is in line with broader trends of continued warming—there were slight differences.

First, it helps to understand that NASA, NOAA, the Met, along with the Japan Meteorological Agency, each use slightly different data and slightly different methods to assess annual weather and climate. The Met uses data calculated from air temperature measurements made at weather stations over land and sea surface temperatures made by ships and buoys.

It’s kind of like using different scales to measure your weight – you’re going to get slight variations between scales but consistency within a scale. As a result, when researchers are looking to see if their analyses are accurate across the data sets, absent large discrepancies, what they’re looking for is general directional trends. It matters less if NASA says that 2016 was one degree Celsius warmer and the Met, for example, said it was 1.2 degrees Celsius warmer. What matters is that both agencies agree that the temperature is warming. And in analyzing temperature data from over the past 130 plus years, all of the agencies have found that generally, the climate is heating up.

This brings us back to the Met Office’s recent climate report for 2016. Unlike NASA and NOAA, they did not find that 2016 was necessarily warmer than 2015—but they didn’t find that it was cooler either. Rather they said, that “2016 is not measurably warmer than 2015” and that the temperature difference they noted in between the two years was “less than the margin of error.” They go onto note that “2015 and 2016 are both warmer than any other year by a significant amount.”

The report also points out that the primary cause is most likely climate change, noting that, “The record high global temperatures in 2015 and 2016 were the result of the long-term temperature rise attributed to greenhouse gases in combination with a temporary boost from a major El Niño event.”

El Niño, also known as the Southern Oscillation, refers to a climate cycle in the Pacific Ocean that begins when warm water in the western tropical Pacific Ocean shifts east along the equators towards South America. In general, El Niño years tend to be warmer than regular years or La Niña years which is when waters in the Equatorial Pacific are cooler.

Researchers also found the Arctic in particular was exceptionally warm, and that the oceans are continuing to heat up, findings which are consistent with those from NASA and NOAA. It is likely not a coincidence that the Great Barrier Reef recently experienced its first back-to-back mass coral bleaching event – a phenomenon that was unheard of before the 1980s.

Because El Niño began to fade towards the end of 2016, climatologists hoped that 2017 would be cooler than 2015, but so far it isn’t shaping up to be. In short, the Met Office’s report only serves to reaffirm that the climate is warming. And, if the data continues to remain in line with predictions, we’re running out of time to act on it.