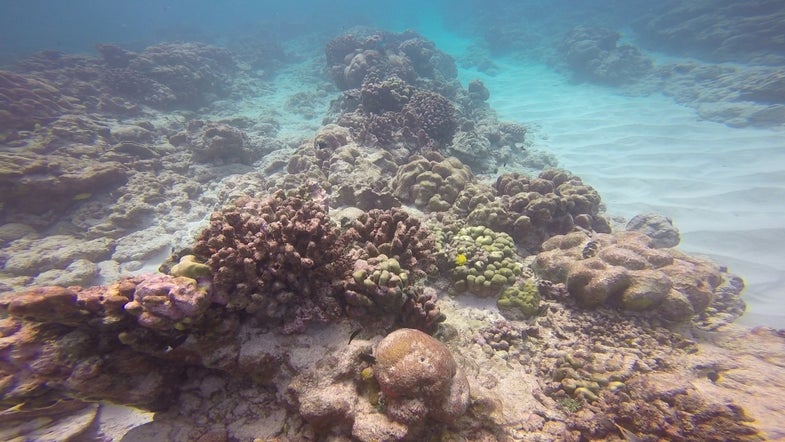 Established coral reefs, the monuments of nature that we see today, have been around for thousands of years. They have endured over not just generations but grown over the course of geologic epochs. They are integral landmarks of the sea. But despite their seeming invincibility, they are dying at an astonishing pace.

On separate occasions, researchers from the Georgia Institute of Technology (Georgia Tech) and the University of Victoria examined coral reefs around the tiny Christmas Island in the Pacific Ocean.

“To see the reefs change this dramatically in just a few months is shocking,” biologist Julia Baum said. “We were bracing ourselves for the worst, but seeing it with our own eyes was surreal. Christmas Island’s coral reefs are like ghost towns now. The structures are all still there, but no one is home.”

The culprit in this case is El Niño. The climate event that has been going on for the past several months has warmed ocean water temperatures around Christmas Island by 2.7 to 5.4 degrees Fahrenheit (1.5 to 3 degrees Celsius). In warmer oceans, symbiotic algae flee coral structures, leaving the tiny coral animals to fend for themselves until things calm down. This is called bleaching because it leaves the normally colorful reefs looking white.

Unfortunately, the waters haven’t cooled off yet, which leaves the algae floating in the currents, and the corals starving in their homes on the sea floor. Eventually, without food, the corals die.

Coral bleaching and coral deaths are a huge concern for researchers, and local communities whose livelihood is tied to coral reefs. There is concern that as climate change warms the planet, events like the one at Christmas Island will become more common.

That’s bad news not just for the corals and marine life that rely on them, but for humanity too. And not just for the aesthetic pleasure we take in corals through relaxing videos: one study found the economic benefit of coral reef ecosystems to be $29.8 billion every year, generated mostly by the fishing and tourism industries. That’s a high cost, no matter how you measure it.

Fortunately, there are people looking for solutions. Researchers in Hawaii are developing climate-change resistant corals that could be used to repopulate dead or dying reefs. Australia is cryogenically preserving coral sperm from the Great Barrier Reef for the same reason hoping that the future for coral reefs might not be quite as bleak as it appears on Christmas Island.