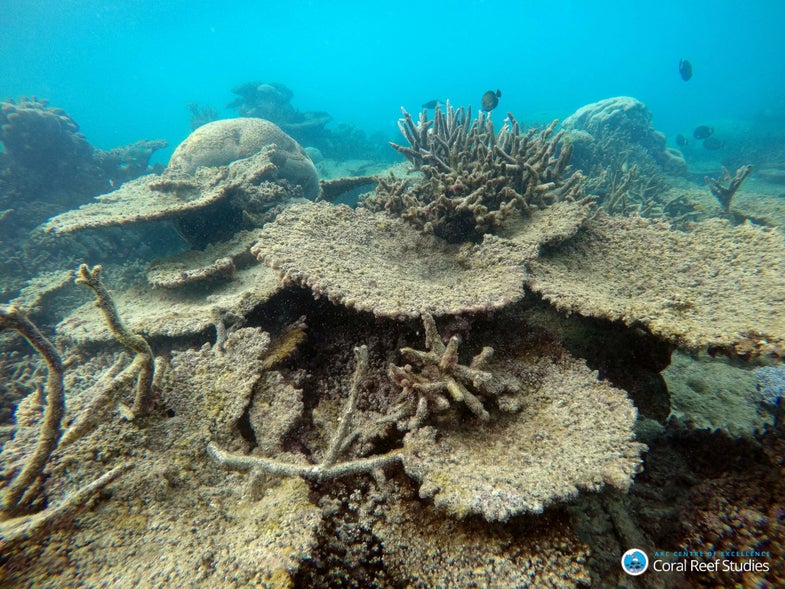 The Great Barrier Reef is one of the natural wonders of the world, a massive wall of skeleton and rock built by tiny soft bodied polyps.

For all it’s magnificence, the underwater masterpiece has been struggling lately. Warming ocean temperatures, opportunistic herpes infections, and pollution threaten the reef daily. Now, researchers from Australia say that the Great Barrier Reef has just endured the worst bleaching event in history, with some significant losses.

“Most of the losses in 2016 have occurred in the northern, most-pristine part of the Great Barrier Reef. This region escaped with minor damage in two earlier bleaching events in 1998 and 2002, but this time around it has been badly affected,” said Terry Hughes, Director of the Australian Research Council (ARC) Centre of Excellence for Coral Reef Studies. 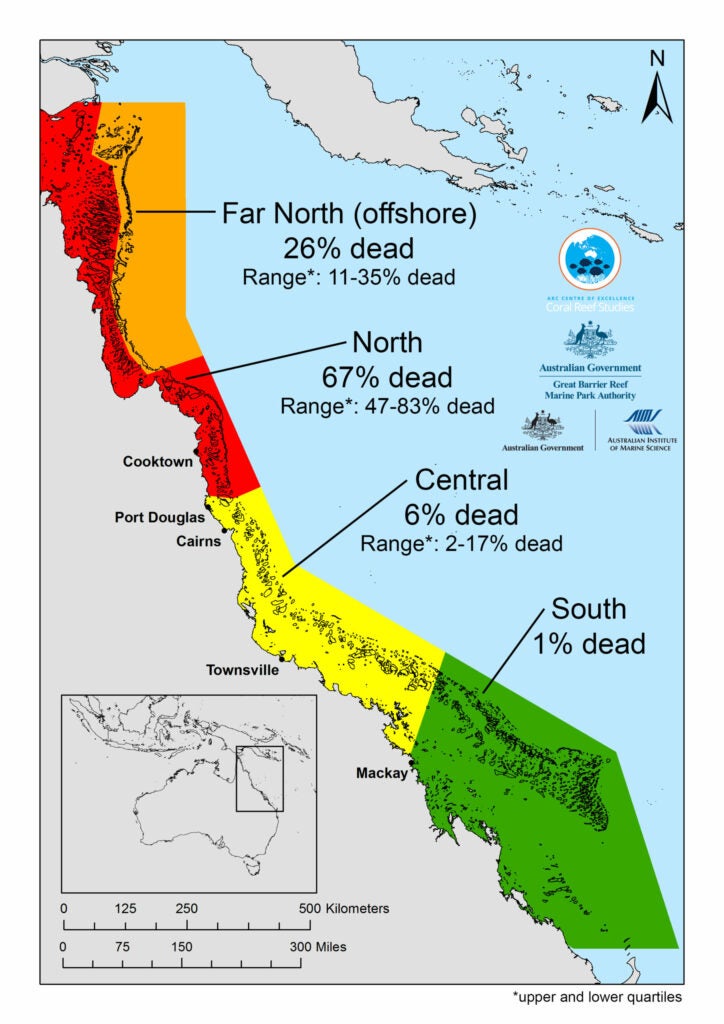 A map showing coral loss along the Great Barrier Reef, in Australia.

The bleaching event that Hughes refers to started in 2015, and is the most recent global coral bleaching event, affecting corals from all over the world. The northern region of the reef, which is a stretch about 430 miles long, lost an average of 67 percent of its shallow corals. Areas in the central and southern parts of the reef fared better, losing between one and six percent of their corals.

Coral bleaching occurs when conditions at the coral reef become inhospitable for the corals’ symbionts, algae. If the temperature of the surrounding water gets too hot, the corals will expel the algae, setting them free to float to more hospitable waters and leaving the coral devoid of pigment.

If conditions improve, algae can return to the reefs that kicked them out. But extended periods of mass bleaching, like the one experienced by the northern Great Barrier Reef, can cause the coral to die.

A coral bleaching event a few months ago turned the the coral reefs near Christmas Island into ghost towns.

This isn’t just a blow to the environment, but a potential economic setback as well. An estimated 70,000 jobs are linked to Great Barrier Reef tourism, which brings about $3.7 billion ($5 billion in Australian dollars) into the Australian economy every year.

Researchers like Hughes think that it will likely take over a decade for the corals to recover, and that’s if they get lucky and manage to avoid another bleaching event. 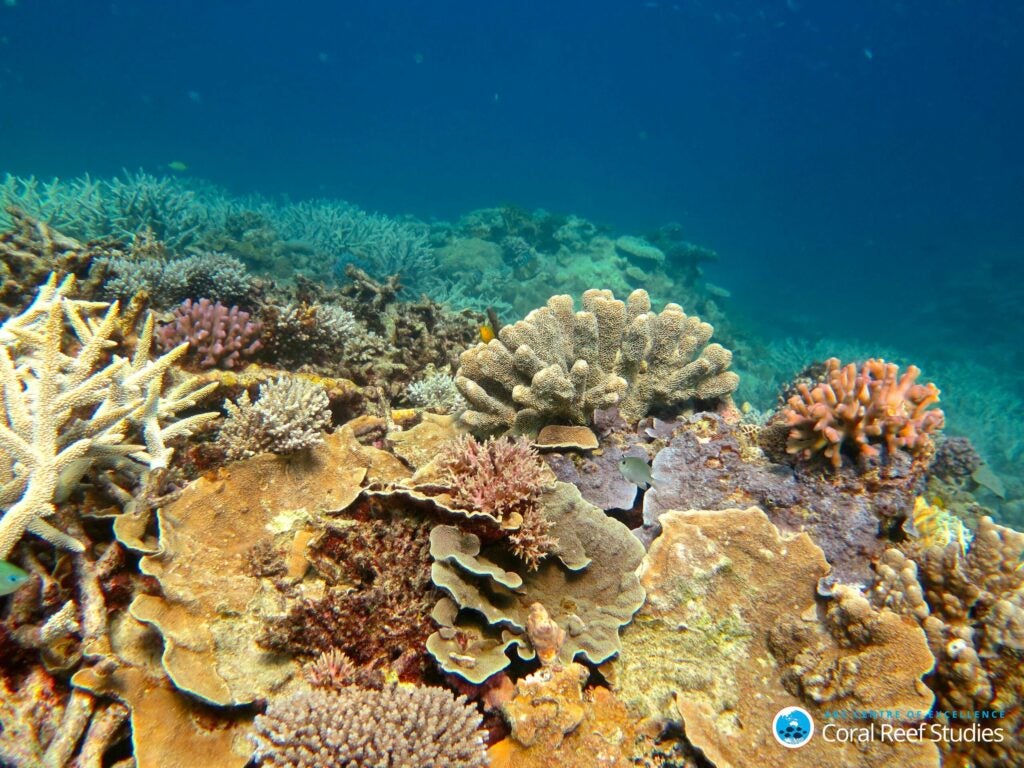