At 81, this record-breaking diver isn’t done exploring the ocean’s depths 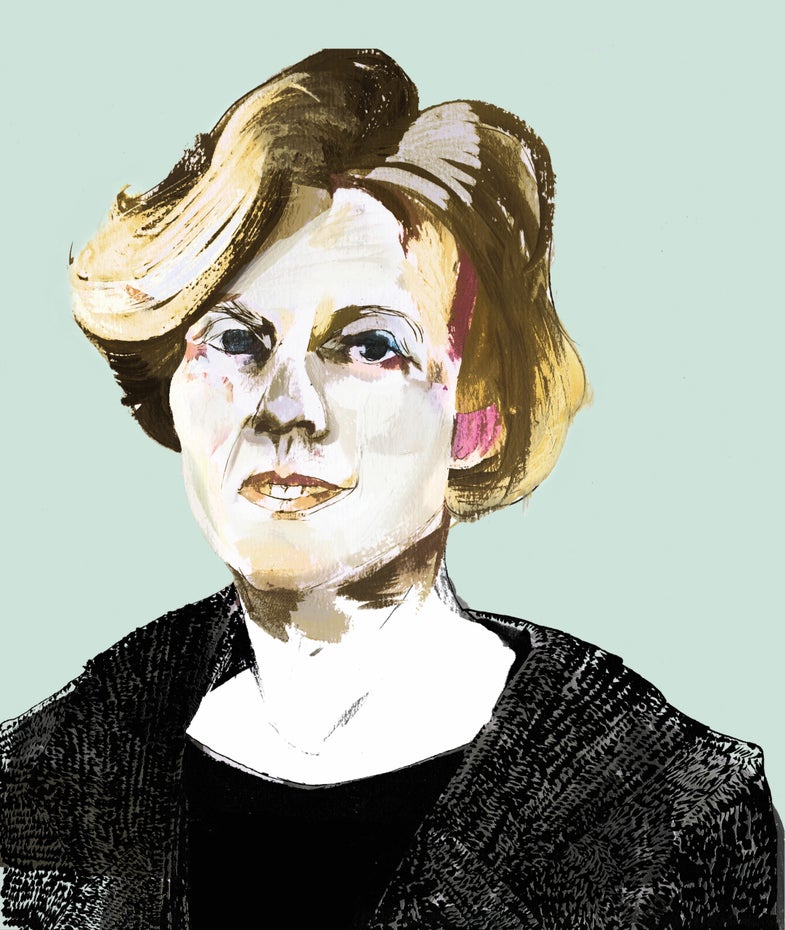 When Sylvia Earle was 3 years old, playing on the Jersey shore, a wave knocked her to the ground. “At that moment,” she says, “the ocean got my attention.”

It’s held it ever since. Known as “Her Deepness,” Earle would rise from that early encounter to lead the first all-female team to live underwater (for a week in 1970); set a record for walking the ocean floor, untethered for two hours, at 1,250 feet deep (1979); and become chief scientist at the National Oceanic and Atmospheric Administration (1990). At 81, she remains a bluewater advocate, an ambassador to the deep who cares as much for extreme microbes that thrive near boiling ocean vents as she does for migrating whale pods that display social complexity. “What’s held my attention, and what should hold everyone’s attention, is the splendor of life,” Earle says, “all these creatures that are like us in so many ways.”

In 1953, while a biology undergrad, Earle strapped on one of the first scuba tanks in the U.S. Over the next few decades, she became a prolific diver. She has logged a total of 7,000 hours (the equivalent of 291 days) underwater, and is still at it. “As long as I’m breathing,” she says, “I’ll be diving.”

She now heads Mission Blue, a nonprofit she launched in 2009. Its goal: the legal protection of 20 percent of our oceans by 2020. To that end, Earle teaches about what she calls “Hope Spots,” places critical to the health of oceans. She lobbies governments and citizens all over the world to protect these areas, from the algae-covered Sargasso Sea in the North Atlantic to the rocky shores of California’s Monterey Bay. In September, Earle stood alongside President Obama as he announced the quadrupling of Hawaii’s Papahānaumokuākea Marine National Monument, expanding it to a 583,000-square-mile “no-take” zone, off-limits to fishing and some commercial activities. Earle thanked Obama, not for herself, but “on behalf of all people and all life everywhere.” Then she gave him a picture of a fish that lives only there, which has no name yet, but will be named for him.

He said, “That’s a good-looking fish.”

For Earle, pictures are only a start. “Any astronaut will tell you, satellites are vital to seeing Earth,” says Earle. “But sending a picture is not good enough; you need to be there.” So she is helping develop technology to bring people face to face with the deep. Another venture Earle started, Deep Ocean Exploration and Research Marine, makes crewed subs, camera housings, and grasping tools that scientists use to study ice in Antarctica and to film fragile coral reefs. But Earle wants more people to see these things. “We still don’t have the chariot to take us deep into the ocean,” she says. “Millions of people fly 7 miles up in the sky watching movies. Why are we not as thrilled about exploring this part of our world as we are about Mars or the moon? We know so little about the deep. What we do know is the deeper we go, the less we know.”

1953 While still a student, Earle becomes one of the first ­oceanographers to use scuba equipment

1966 Earns her Ph.D. from Duke University with a dissertation on algae in the Gulf of Mexico, catching the attention of the oceanographic community for its enormous and unprecedented scope

1970 Leads the first all-female team on a habitat mission, Tektite II, living 50 feet underwater for more than a week

1979 Using the JIM—a pressurized, armored diving suit—walks the ocean floor, at a depth of 1,250 feet, untethered for more than two hours