Finally! A 4K TV You Should Own

The Samsung JS9500 has arrived just in time 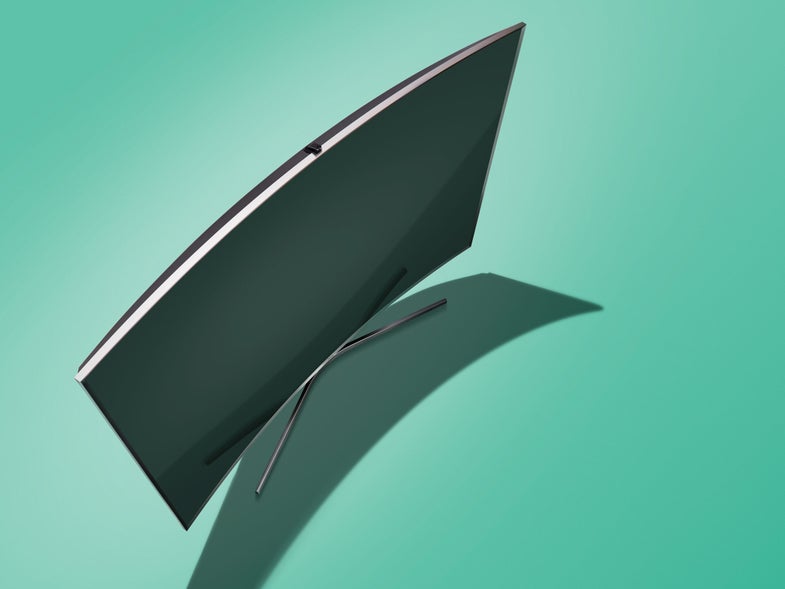 Building a home entertainment center is a lot like building a house: You need a solid foundation–and that’s your television. If you’re starting from scratch, you’ll want a TV that will last more than five years, which means going with the highest-resolution screen available. Right now, that means buying a 4K TV. But there are a lot of different models (and gimmicks) out there. Happily, only one type really matters: the new Samsung SUHD TVs.

The new 4K TV line is one of the first to use nanocrystals*, also known as quantum dots. When paired with blue light-emitting diode (LED) backlights, nanocrystals offer sharper contrasts, more accurate color, and brighter images than conventional LCDs. And because blue LEDs are cheap to make, nanocrystal TVs are markedly less expensive than organic LED (OLED) TVs–their main competitors in the 4K market.

Samsung’s SUHD series includes flat and curved models in sizes between 48 and 88 inches. The TVs also have an eight-core processor to drive their new streaming-friendly operating system, which allows users to launch directly into Netflix or YouTube without a set-top box and to access PlayStation Now games without a console. That translates to fewer cables and less clutter–and a ridiculously easy setup.

*The Secret Of Nanocrystals

What they are: Microscopic crystals tuned to emit precise colors when light shines through them.

Why they matter: Nanocrystals bring accurate, more lifelike color to affordable LED-backlit LCD TVs. For anyone ready to make the jump to 4K, nanocrystal TVs are the best place to start.

How they work: Standard LCD TVs use blue LEDs topped with yellow phosphor to create a white light, which shines through red, green, and blue filters. An SUHD TV shines blue light through nanocrystals and color filters. Without the phosphor, more light comes through—which makes them brighter.

This article was originally published in the April 2015 issue of Popular Science, under the title “Finally! A 4K TV You Should Own.”