The cable company's rolling out a set-top box, but you'll still need a 4K TV 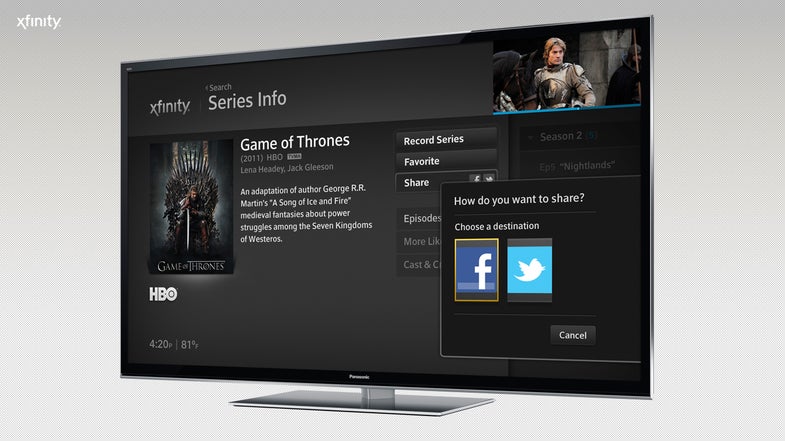 Now that we’ve all gotten used to our high-definition video, it’s time to take it up a notch. While TV manufacturers have already started rolling out sets that support the new 4K resolution, native 4K content has been in short supply. That may soon change, with Comcast’s announcement that it will begin offering a 4K-compatible set-top box later this year.

4K resolution–so called because it features around 4,000 vertical lines of resolution–is also sometimes called Ultra High Definition (UHD), and it’s the next generation standard for high-def content. It offers four times as many pixels as the current top of the line 1080p resolution, providing even more detailed video.

Comcast promises to deliver UHD programming with its new Xi4 set-top box, without extra cost to its subscribers. But it sounds as though such content may be limited at first to on-demand streaming, rather than live television, which is still being broadcast in HD. But it’s possible, even probable perhaps, that the box will also some day be able to receive live 4K TV channels. Comcast will also be offering a library of films shot in large formats like IMAX. Furthermore, starting in 2016, the cable company will roll out another set-top box that adds support for high dynamic range (HDR) content, providing video with even more vibrant colors, contrast, and brightness.

Though Comcast marks the biggest content provider thus far to commit to delivering 4K video, we’re still a ways off from supplanting the HD content most of us are watching. Streaming content providers like Netflix and YouTube have begun offering some content in the higher resolution to compatible hardware, but it’s hardly widespread yet. Still, the age of UHD and 4K is upon us, providing the best video quality imaginable… at least until the 8K displays start appearing.