8K tech is coming, but it's going to take a while. 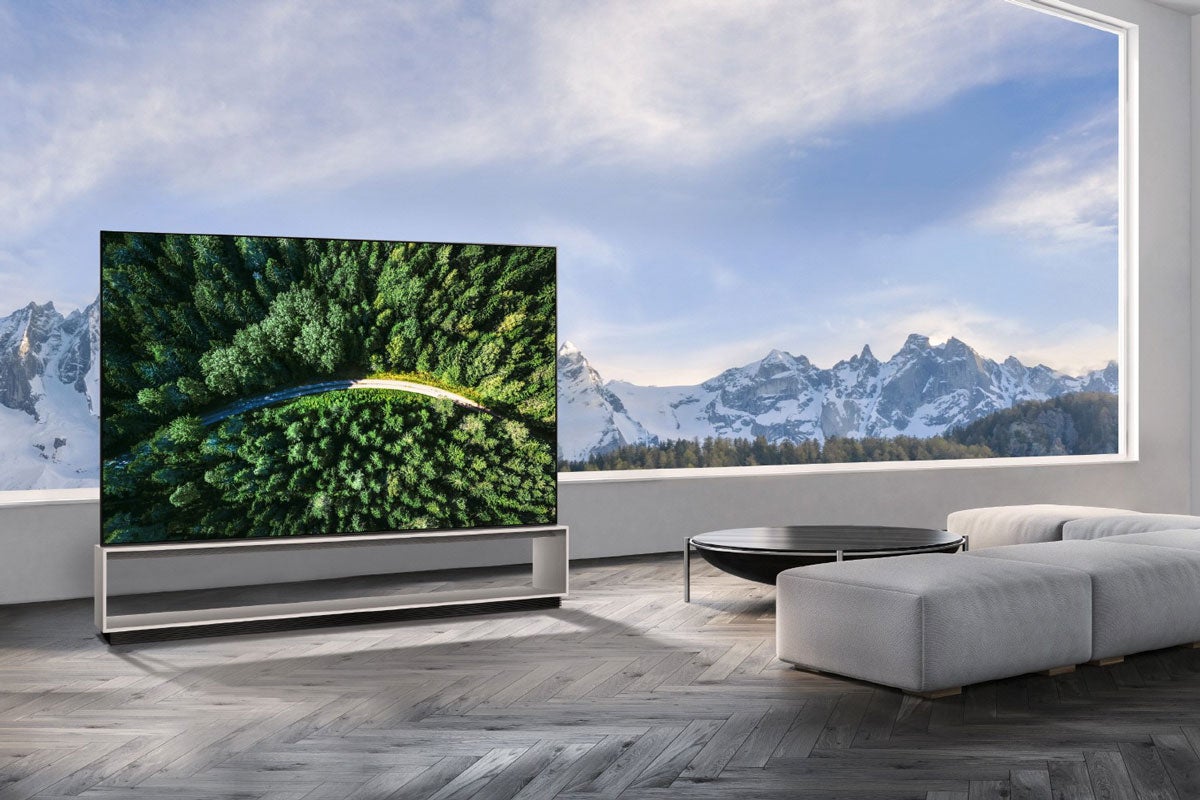 This past week, LG officially started selling its Signature Z9 88-inch Class 8K OLED TV for a cool $42,000. In January of this year at the Consumer Electronics Show, television manufacturers started rolling out their options for 8K displays. With a resolution of 7,680 x 4,320, these pixel-packed panels represent a whopping 400-percent pixel increase from 4K, and 16 times that of the paltry but still high-def 1080p. And it’s not just the number of pixels that make a TV technically 8K. The International Committee for Display Metrology demands that viewers can actually tell those pixels apart.

It takes a ton of technology to make all of that happen but is it worth it for you as a consumer to plunk down your platinum card and bring one home? Unless you have a Scrooge McDuck vault full of gold coins, probably not. Here’s why.

What are your 8K options?

LG’s panel is so much more expensive because it’s an OLED display whereas the Sony and Samsung models aren’t. That gives LG an edge in terms of the tech at that size and with this resolution. The flagship LG OLED 4K TV only goes up to 77-inches, but it’s also just $5,499, which is a real deal by comparison.

If you want a solid comparison between 4K and 8K pricing, the Samsung Q90 series 4K panel costs $2,799, while the 8K version commands $3,499. So, you’re definitely paying a premium for that extra resolution, even if it doesn’t do all that much for you.

(If you try to watch the video below in 8K, be prepared for it to choke your computer or your connection.)

What can you actually watch in 8K?

Right now, there’s almost nothing to watch in 8K. YouTube has supported 8K videos since way back in 2015, but the selection of videos available on the service at that resolution is sparse. And what is there—including the relatively well-known Ghost Towns video— wasn’t shot natively on an 8K camera. Instead, it was shot on a RED Epic Dragon 6K camera.

As for commercial releases, you’re totally out of luck, at least for the moment. Streaming services are still working towards optimal performance on 4K TVs. Netflix has said that it’s more concerned with HDR (High Dynamic Range) performance than cramming more pixels into its picture.

For several years now, the 2020 Olympics have been the 8K beacon in the distance. The NHK TV network in Japan plans to shoot the Games and broadcast them on its 8K station, which launched back in December of last year. Of course, even if you can pick up that 8K station, you’ll have to have a receiver, or a special TV with a receiver built-in like this model from Sharp in Japan. If you opt for a stand-alone receiver, you’ll need a TV that’s equipped with the new HDMI 2.1 standard if you want to get the full 60 frames per second experience. You can also hook up the box with four HDMI 2.0 cables. 8K is a lot of data.

Just because you won’t have any native 8K content to watch right away doesn’t mean the content you can play will look bad. The current crop of 8K TVs put a heavy focus on upscaling technology, which is designed to make 4K content look good on a screen with four times the pixels.

Sony, for instance, uses its X1 Ultimate Picture Processor, which is its flagship chip. It goes one step beyond the lower level processors by trying to recognize individual objects on the screen and selectively applying sharpening and image adjustments to diminish the effects of the reduced resolution. It doesn’t sharpen the entire picture because that could cause artifacts—instead it applies the adjustments where it thinks it needs them.

Samsung employs a chip it calls the Quantum Processor 8K to handle the upscaling, and LG relies on its a9 Gen 2 Intelligent Processor 8K. LG boasts its ability to recognize the source from which the content is playing and choose the right upscaling technology to make the most of the material it’s given. Artificial intelligence is the common thread between the chips as the individual systems try to use processing power to overcome the challenges of moving and displaying this much data at once.

These new technologies will likely find their way down the manufacturers’ TV lines as things progress. In a way, these super-high-end, early adopter TVs are a chance for companies to show off their tech as they work on it for wider roll-out. The same situation plays out in other arenas, like when car tech from F1 racing makes its way into road cars down the line.

Should you buy an 8K TV?

Right now, an 8K TV isn’t a wise investment. In fact, that’s not likely to change next year, either. These high-end panels will look beautiful, but for everyday watching, a 4K OLED or QLED TV will treat you just fine.