Life finds a way ... with or without males. 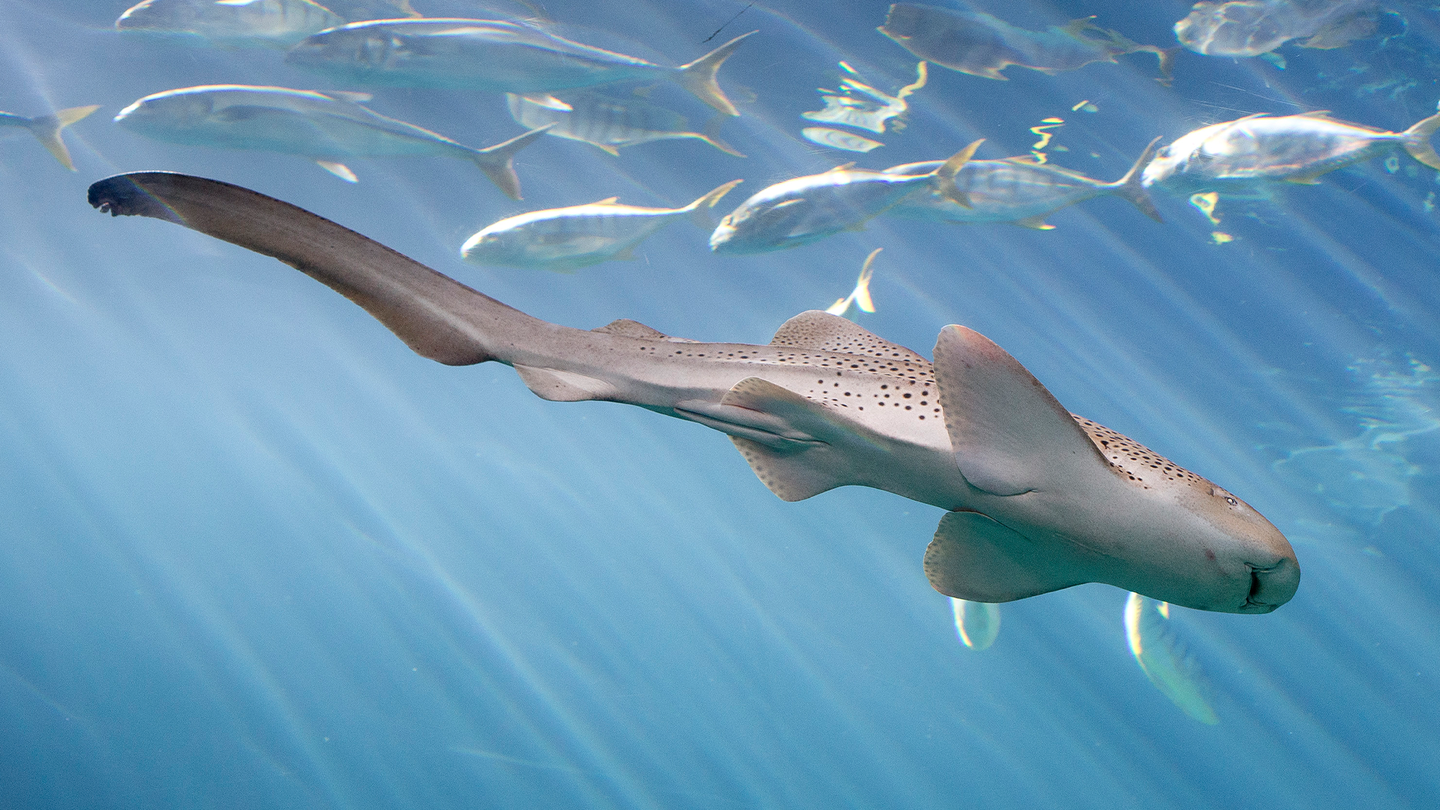 An adult zebra shark at Shedd Aquarium in Chicago. The species is capable of parthenogenesis, a process where females give birth without sperm. Shedd Aquarium/Brenna Hernandez
SHARE

Let’s talk about sex. Partnerless sex that is. While this form of sex isn’t typically associated with reproduction, generating offspring without a partner is common in small, spineless animals like sea stars and stick insects, but it is more rare in vertebrates. Through a process called parthenogenesis, some female animals in the order elasmobranch that includes sharks, rays, and skates can fertilize an egg using their own genetic material.

This process is usually reserved as a last resort for sharks if there aren’t any mates to go around, but a recent study revealed that female zebra sharks at Shedd Aquarium in Chicago, Illinois, reproduced by themselves, even though there were healthy males in the same enclosure.

[Related: Shark Week may be hurting, not helping, its namesake creature]

“This changes what we think we know about parthenogenesis and why it occurs,” says Lise Watson, assistant director of animal operations and habitats at Shedd Aquarium and a co-author of the study, in reference to the biological phenomenon behind these partner-less births. “From observing our population for 20 years, we have a long history with them. One thing that we’ve noticed is sometimes the females are not very receptive to males at certain times, or at all.”

While previous studies have detailed parthenogenesis in zebra sharks at other aquariums, the report published in December 2022 in the Journal of Fish Biology is another step in understanding why these births happen. This research focuses on a female zebra shark—a dark fish with yellowish stripes found in the Pacific and Indian Oceans—that lived in Shedd’s Wild Reef exhibition.

In 2008, Watson and her colleagues moved a clutch of eggs to a baby shark nursery behind the scenes, where they could safely hatch beyond the limelight of an aquarium tank.

An analysis of the newly hatched shark pups’ DNA revealed seemingly impossible results. The pups didn’t have any genetic markers with any of the potential fathers. They had identical copies of some alleles, or alternative versions of a gene. This showed that they were getting DNA strands from their mother rather than two different parents.

“These pups didn’t match any of the mature males that were in the enclosure. But they did match the female that laid the eggs,” says Kevin Feldheim, a biologist and researcher at the neighboring Field Museum and co-author of the study, in a statement.

Offspring born from parthenogenesis often die young, and the shark pups in this study only survived for a few months.

“We don’t exactly know why they have shorter lifespans,” Feldheim tells Popular Science. “In genetics, in general, inbreeding is bad and what can happen is the expression of a lethal recessive [gene], or the expression of two alleles that essentially cause you to die.”

But it’s still unclear exactly what causes animals born in this manner to die before sexual maturity, while others will survive. “In one species called the white spotted bamboo shark, an aquarium found that one of their females gave birth by parthenogenesis, and then one of those offspring actually went on to reproduce parthenogenetically herself,” says Feldheim.

The findings in zebra sharks have implications for not only the continued care of zebra sharks in zoos and aquariums, but also for conservation efforts focused on their wild counterparts.

“Sharks studied in the field always face some barriers,” says Sara Asadi Gharabaghi, a PhD candidate at Shahid Beheshti University in Tehran and member of Minorities in Shark Sciences, who was not involved in the study. One of those barriers is not being able to access the DNA of all of all adults and offspring to find biological parents.

“Sharks are the same as all animals trying to survive, so it would not be surprising to have pups from virgin birth either in the wild, even if we can’t prove it,” Asadi explains. It’s possible that sharks living in deep sea zones might use the same tactic, she adds

[Related: Baby sharks are eating the birds that live in your backyard]

For scientists studying endangered sharks in the wild and in aquariums, understanding reproduction will help conservation strategies.

Zebra sharks are listed as threatened on the IUCN Red List, and aquariums like Shedd are working to preserve the species. Their genetic tests are part of a Species Survival Plan, or SSP, which brings together expert advisors to maximize genetic diversity and protect endangered species long-term.

One aspect of an SSP is to determine “the genetics of the population and the sustainability of that population,” Watson says. Through genetic analysis she and her colleagues can make assumptions about how related an individual shark is to the whole group. From there, they can measure what the population size might look like for the next 100 years.

“Studying these animals in our care is the foundation of us being able to help this species in the wild,” says Watson. “The care that we do for these animals here is of utmost importance for us.”