4 new myths about climate change—and how to debunk them

Pushing off climate change policy isn’t that far removed from denying its existence. 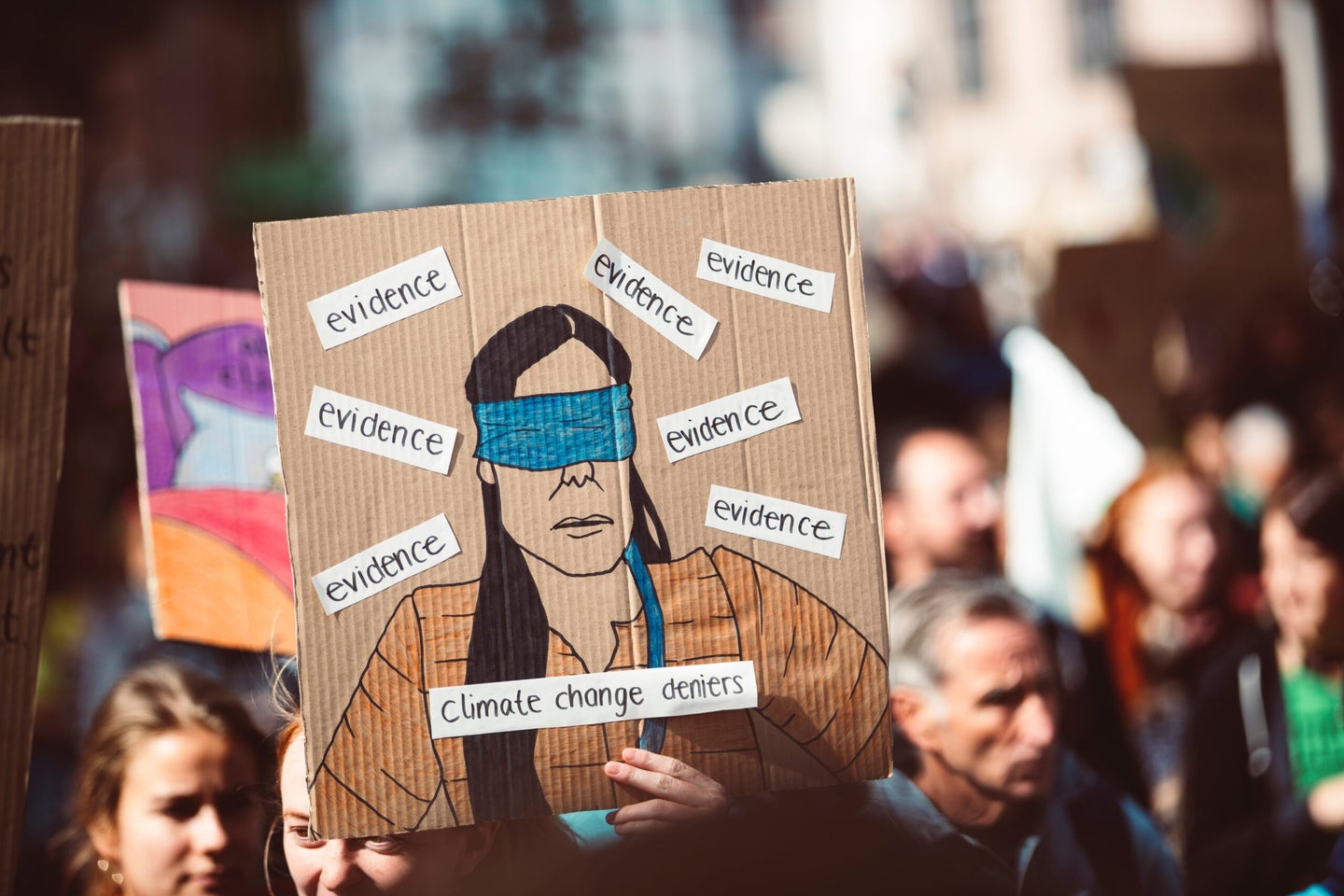 Misinformation and delay are just climate denial tactics with a layer of greenwashing. Markus Spiske from Pexels
SHARE

Ten years ago, it may have seemed like climate change denial was an ordinary, if not misinformed, opinion shared among loads of people. Nowadays, with climate disasters plaguing most everywhere in the world, it’s not so practical to live in denial. As of September 2021, only one in every 10 Americans thinks climate change isn’t happening, but around three out of every four believes it is.

Of course, some leaders still hold on to the constantly debunked idea that climate change isn’t happening. But businesses, even fossil fuel ones, are changing their tune ever so slightly.

“Although some politicians continue to traffic in climate denial, corporations are too smart for that because they realize it will alienate most of their consumers,” says Edward Maibach, director of George Mason’s Center for Climate Change Communication. Climate change denial now comes in a variety of embellished, truthful-sounding opinions—but in reality, they’re just as mythical as the idea that climate change is a hoax. Here are three examples of those altered arguments.

It’s no secret that in the past, renewable energy was a far off and expensive alternative to fossil fuels. But today we know that isn’t the case: Solar and wind were the cheapest sources of energy in the world in 2020, and prices continue to drop. “Renewables present countries tied to coal with an economically attractive phase-out agenda that ensures they meet growing energy demand, while saving costs, adding jobs, boosting growth and meeting climate ambition,” Francesco La Camera, director-general of the International Renewable Energy Agency, said in June.

Still, there are plenty of op-eds boldly stating that renewable energy policy will hurt the vulnerable—often to make the case for expanding fossil fuels. But these arguments are simplistic and overlook the bigger, more important picture, says John Cook, a research fellow at the Climate Change Communication Research Hub at Monash University in Australia.

Some opponents have brought up concerns about job losses, specifically in the US, which despite global growth during the pandemic, saw a downtick in employment. Whether it’s fossil fuel workers in already-struggling communities or clean energy workers who lost jobs during COVID-19, policy must prioritize working class people in the energy transition.

Myth no. 2: Scientists and activists are overreacting; opponents are being realistic

Another way that climate denial views are being recast is in “culture war terms,” says Cook, by painting proponents of climate action as “extremist and pushing political agendas.” One example is the idea of “climate realism”—which supposedly exists to counteract panic. Fossil fuel-funded groups like the Heartland Institute have gone so far as to find their own anti-Greta Thunberg who pushes against “climate alarmism”—the idea that the climate crisis must be combated with serious urgency.

In reality, we’ve been in the loop on climate change for at least 62 years—and that we’re down to the wire to to keep the worst impacts from happening. Making climate change political and dragging out decision making is in some ways, a new excuse to do nothing at all.

“These kinds of arguments tap into people’s social identity and are quite corrosive as they have a polarizing impact on society,” Cook says. “When issues become culturally or politically polarized, progress becomes more difficult.”

Another reason politics and social identity have been injected into climate conspiracies is through a fringe movement that correlates immigration with environmental catastrophe. This has also been named “eco-bordering” by British political scientists Joe Turner and Dan Bailey. “This discourse seeks to blame immigration for national environmental degradation, which draws on colonial and racialized imaginaries of nature in order to rationalize further border restrictions and ‘protect’ the ‘nativist stewardship’ of national nature,” they wrote in a recent paper. And these ideas aren’t new: John Muir, founder of the Sierra Club and often called the father of the American national parks, discriminated against Black and Indigenous people.

This idea is based off a multitude of ethical problems and scientific inaccuracies—namely that the majority of climate change issues stem from overproduction and consumption in major economies, while poorer nations will be the ones to bear the worst brunt of climate change.

Myth no. 3: Corporations are already doing the necessary work

For example, Chevron may have set some goals for minimizing emissions, but the vast majority of its footprint comes from scope 3 emissions (all of the emissions associated with making and delivering a product) which isn’t addressed anywhere in its climate goals. Instead of accounting for emissions associated with oil and gas, according to environmental law group Client Earth, the company “will develop a renewable energy business, invest in ‘low-carbon technologies’ and sell offsets ‘to our customers around the world to help them achieve their own lower-carbon goals.‘ ” Still, Chevron’s shiny advertisements and rampant use of the terms net-zero and sustainable fuels don’t give the slightest clue that it hasn’t revealed how, or even if it plans to, move away from fossil fuels.

A similarly concerning trend is “wokewashing,” where corporations pose as champions for people of color and women through advertisements. Exxon’s ad, which centers around the story of an immigrant from India who now works for the fossil fuel giant, is one example.

The final kind of new climate change denial is the belief that the apocalypse is inevitable, and there’s nothing we can do about the climate crisis. And while global warming is certainly an ever-looming and scary issue, it doesn’t have to signal the end of the world.

“The kind of hope we need—rational, stubborn hope—isn’t about positive thinking, but it doesn’t begin with imitating an ostrich, either,” Katharine Hayhoe, chief scientist at The Nature Conservancy, wrote in New Scientist. “It starts by acknowledging just how serious climate change is and what is at risk: the future of civilization as we know it.”

Luckily, we know what we have to do—namely drop emissions to keep the global temperature from rising above 1.5 degrees Celsius, while still prioritizing protection of biodiversity and human populations. But we’re cutting it close to the roughly 2030 goalline.

“While it’s true that our climate has already been changed and that it will change for many decades to come, the actions we can take to limit the extent of the change will have huge benefits,” Maibach says, “many of which begin to pay off immediately in the form of cleaner air and water, better health, and more jobs.”