Fertilizer has saved billions of lives, but it also has a dark side 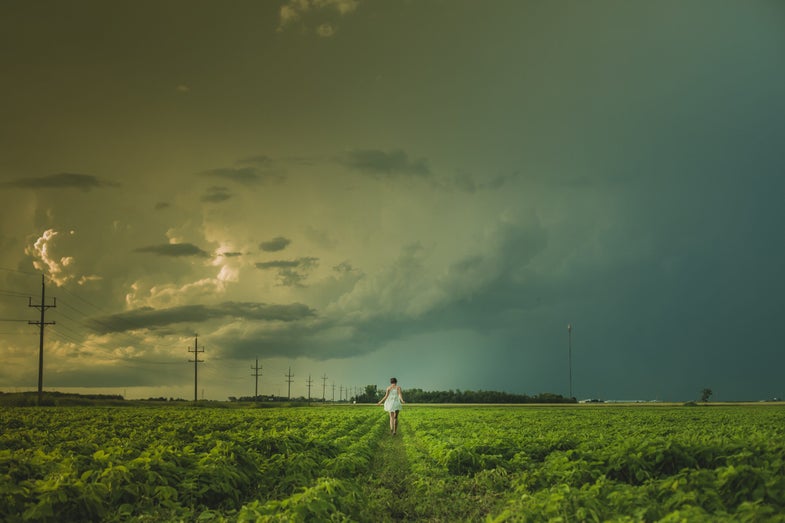 The following is an excerpt from “Pandora’s Lab: Seven Stories of Science Gone Wrong” by Paul A. Offit.

We’re not that complicated. Although we come in different shapes and sizes, heights and weights, and backgrounds and temperaments, and although we have different genes that make different proteins and different enzymes, we all boil down to four essential elements: hydrogen, oxygen, carbon, and nitrogen. If any one of these elements becomes unavailable, our time on earth will end. Three of the four elements are easily obtained.

Hydrogen comes from the water we drink, which consists of two hydrogen atoms and one oxygen atom (H 2 O). Oxygen, not surprisingly, comes from the air we breathe (O 2 ). (Only fish, through their gills, can extract oxygen from water.) Carbon also comes from the air. Green plants, in the presence of sunlight, take carbon dioxide (CO2) from the air and capture it in the form of complex sugars that contain carbon (i.e., photosynthesis). We get our carbon from eating plants or from eating animals that ate the plants. Either way, because air and water are abundant, hydrogen, oxygen, and carbon are also abundant.

The weakest link in the cycle of life is nitrogen, which comes only from soil. When farmers grow crops like corn, wheat, barley, potatoes or rice, they deplete nitrogen from the soil. If they don’t replace it, the soil won’t be rich enough to grow more crops. Farmers replenish nitrogen in three ways. They use natural fertilizers made from decaying plants or animal manure. They rotate their crops with legumes like chickpeas, alfalfa, peas, soybeans, or clover, which harbor bacteria in their roots that take nitrogen from the air and convert it into a usable form in the soil—a process called “nitrogen fixation.” Or they wait for thunderstorms; lightning, as it turns out, can also fix nitrogen from the air.

If every farmer in every country on every continent in the world used every inch of fertile land, sprinkled their fields with natural fertilizers, meticulously rotated their crops, and convinced everyone to eat a vegetarian diet, they could feed about four billion people. But, as of 2016, more than seven billion people roamed the earth. And although pockets of people are starving, the problem isn’t that there isn’t enough food. There’s plenty of food. The problem is that the food isn’t distributed efficiently to those who need it.

So how are farmers able to do this? How are they able to feed so many people? The answer lies in an event that occurred on July 2, 1909. Because of this singular moment, 50 percent of the nitrogen in our bodies comes from natural sources and 50 percent comes from the work of one man—a man who at once saved our lives and sowed the seeds of our destruction. Fritz Haber was born on December 9, 1868, in Breslau, Germany. At the age of twenty-six, Haber attended the University of Karlsruhe, which had an excellent relationship with Badische Anilin & Soda-Fabik (BASF): a large chemical company just a stone’s throw down the Rhine River.

Haber’s task, taking nitrogen from the air and creating a chemical compound that could nourish crops, wasn’t easy. Although air is 79 percent nitrogen, it doesn’t exist as a single atom (N). It exists as two atoms coupled together (N2) in a triple bond that is essentially unbreakable: the strongest chemical bond in nature. While N2 in the air can be used to inflate a million balloons, it can’t be used to grow a single stalk of corn.

Because N2 isn’t commonly broken down by nature, it took an unnatural process to do it: in a sense, an act against nature. The formula is simple:

A series of fortuitous events allowed Fritz Haber to succeed where many before him had failed. First, a young physicist from England named Robert Le Rossignol came to his laboratory. Le Rossignol was a skilled and inventive experimenter, eventually designing a small tabletop apparatus made of quartz and iron capable of withstanding temperatures as high as 1,832 o F, hot enough to melt copper; and pressures as high as 3,000 pounds per square inch, strong enough to crush a submarine. Second, Haber found a catalyst to speed up the reaction: osmium, a rare metal used as a filament in light bulbs. Third, Haber found a way to cool down ammonia quickly so that it didn’t burn up in the high heat. Finally, and most important, Haber’s mentor at Karlsruhe, Carl Engler, persuaded BASF to fund Haber’s experiments; if they worked, BASF would own the patents and Haber would have a commercial partner.

Haber and Le Rossignol tinkered with the fittings and tried different temperatures and pressures. Finally, in March 1909, they had a glimpse of success. Haber was ecstatic. “Come down, you have to see how the liquid ammonia is running out!” he shouted to a colleague, who remembered, “I can still see it. There was about a cubic centimeter of ammonia. It was fantastic.” It wasn’t much—about a fifth of a teaspoon—but it was a start. Within a few months, Haber and Le Rossignol’s apparatus was producing ammonia round the clock.

Ten months after Haber’s demonstration, scientists at BASF built a small prototypic unit in Ludwigshafen, a village not far from Karlsruhe. The plant officially opened on May 18, 1910. Haber’s 2-foot high tabletop apparatus had become a 26-foot high mega-machine. Within two months, the unit had produced more than 2,000 pounds of ammonia. By the beginning of January 1911, it was producing more than 8,000 pounds a day.

Other countries mimicked Haber’s process. By 1963, about 300 ammonia plants were in operation and more than 40 were under construction. Today, about 130 million tons of nitrogen are removed from the air and spread across the earth as fertilizer. More than three billion people alive today—and billions more in the future—owe their existence to Fritz Haber. Never before have so many people enjoyed so much food.

But there’s a dark side.

The largest nitrogen producing plant in the United States is located in Donaldsonville, Louisiana. Every day the plant consumes a million dollars worth of natural gas, boils 30,000 tons of water from a local river into steam, and produces 5,000 tons of ammonia (2 million tons a year). Every day these 5,000 tons of ammonia are loaded onto railcars, placed onto barges, floated down the Mississippi River, and sprinkled onto corn and wheat fields across the land. Not all of the nitrogen contained in ammonia ends up in crops. Only about a third of the nitrogen layered onto a cornfield, for instance, ends up in a kernel of corn. The rest washes into streams and leeches into groundwater.

The Gulf of Mexico, located next to the Louisiana ammonia plant, is a perfect example of what can happen when no one is watching. Every year about 1.5 million tons of nitrogen are dumped into the Gulf. This excess nitrogen has caused an overgrowth of algae that clouds the water and chokes off oxygen and sunlight to other species, like fish and mollusks. Algal overgrowth has killed streams, lakes, and coastal ecosystems across the northern hemisphere. And it’s not just the fish that are dying. The birds that eat the fish are dying, too. Synthetic nitrogen pollution isn’t limited to the waters; it’s also entered the air and come back to earth as acid rain, further damaging lakes, streams, and forests as well as the animals that depend on them. These problems will only worsen.

In the Deutsches Museum in Munich, separated from onlookers by a small barrier, stands the tabletop device built by Fritz Haber and Robert Le Rossignol to fix nitrogen from the air. Onlookers occasionally stop, stare for a few seconds, and walk past, thinking little of this machine that launched the worldwide manufacture of synthetic fertilizer, a process that has given so many people their lives and—due to ongoing contamination of the environment with excess nitrogen—a process that has probably started the clock on their eventual destruction.

Excerpted from the book Pandora’s Lab by Paul Offit, published by National Geographic Partners on April 4, 2017.

Paul A. Offit, MD is a professor of pediatrics and director of the Vaccine Education Center at the Children’s Hospital of Philadelphia.