Where the heck is autumn? 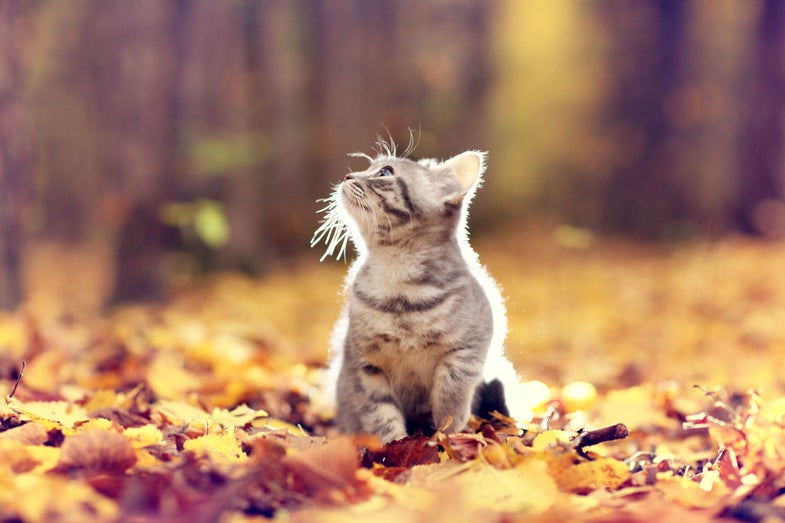 You cannot and will not convince me that there is any season better than fall. It’s got the gluttony-based holidays, the coolest clothes, and the best weather. As someone whose aesthetic hovers delicately between “teen witch who shops at Forever21” and “hygge cuddle nugget,” it is inarguably my time of year: Give me plaid skirts, decaying leaves, and cool, rainy days until I die.

But let me tell you what: For the past couple of years, New York City hasn’t been giving me much in the way of sweater weather. As I write this on a sunny October day, the temperature is clocking in at a toasty and oh-so-unseasonal 80 degrees Fahrenheit. Would that it were but a brief heatwave; in fact, we’ve been “enjoying” this weather for days. And the forecast tells me I can expect another 80-degree afternoon this weekend. Last year it felt like the dog days of summer until about a week before the frigid polar vortex set in, and it’s looking like 2017 won’t be much better.

So here I sit, escaping the summer-esque heat in the overzealous AC of my office building, pining for the tights and leather jackets that were meant to be waiting for me on the other side of the September finish line.

I’d like to say today is just a fluke, but that’s because the truth hurts: Fall is dead (sort of) and we (probably) killed it.

While my personal measure of fall’s arrival is mostly based on when I can wear suede without dying, there’s an arguably more scientific one: The stunning views of mountainsides seemingly aflame. This leaf peeping is an important milestone for scientists studying seasonal shifts. A tree’s autumnal bouquet heralds the end of its growing season, when the plant battens down the hatches and survives off internal sugar reserves for the winter.

“I’m a native New Englander, so I’ve been watching fall foliage for half a century,” says Richard Primark, a Boston University professor who focuses on changes in season.

It’s apparent that climate change, which is raising average global temperatures, is changing the timing of certain seasonal mile markers. But historically, climatologists have mostly focused on spring.

“It’s the most dramatic time to see changes, because trees are leafing out, flowers are blooming, animals are arriving,” he says. “It’s striking, and it’s where we have the most information.”

It’s also not hard to understand. Primark and his colleagues have found that increases in temperature trigger most, if not all, of these springtime happenings. When it gets warmer earlier, spring happens earlier. “You can really connect them directly to climate change,” he notes.

On the one hand, the temperature issue is still pretty straightforward: It stays warmer for longer, thus delaying the end of the growing season.

“But autumn is so much more complex,” Primark says. “It’s driven by extreme high and low temperatures, by the amount of rainfall, by photoperiod, and to a lesser extent by other things like the amount of wind.”

A warm, extremely dry summer like 2016’s causes leaves to prematurely change color and fall off, often as early as August. But a decent amount of soil moisture allows trees’ leaves to retain their healthy green hue and remain on the tree, delaying autumn. On the other hand, if it’s warm and extremely wet, abundant fungi and insects will damage the leaves and turn them brown.

This year, Primack says, New England hasn’t experienced the evening frost that would usually spur vibrant color changes. He estimates that leaves will turn in late October, which is a few weeks later than would-be leaf peepers generally plan for.

“There is definitely a documented pattern of the conditions that are associated with fall, such as leaf color change, occurring later than they did in previous decades,” says Theresa M. Crimmins, Assistant Director of the USA National Phenology Network. Phenology is the study of changes that occur seasonally. “These phenomena have been documented via imagery captured by satellites orbiting earth, as well as through long-term observational datasets collected at the same locations for many years. In the former, satellites have documented leaf color change and leaf drop later; in the latter, people have documented fruit ripening, leaf color change, senescence, and leaf drop later as well.”

“I think it’s probably not misrepresenting the literature to say that warmer temperatures extending later into the fall lead to delayed leaf senescence,” Crimmins says. “So a pattern of leaves changing color and dropping later is probably a function of warmer local temperatures.”

In other words: we killed fall as we know it. Woohoo.

So what are the implications of a delayed descent into autumn, beyond the fact that I’m probably going to faint waiting for the subway one of these days? Since the changing variables are complicated, so are the potential results. But Primack has some sense of what might shift as our falls get warmer.

The higher temperatures are, for starters, encouraging changes in when different bird and butterfly species arrive, leave, breed, and die. The fact that trees hold onto their leaves for longer might mean they’re growing for longer, too, which would mean that the plants would mature and grow large more quickly.

“That’s quite significant to people interested in climate change, because faster growing trees are pulling more carbon dioxide out of the atmosphere,” he explains. Alas, it may be for naught. “Warmer weather might also be encouraging a more active breakdown of all the organic material, like dead leaves, in the soil. That means the ground is actually giving off more carbon dioxide than before.”

Primack’s lab has been keeping an eye on autumn for about five years, and he says more and more climatologists are taking notice of this neglected season as well. He hopes that winter will get a closer look next; warmer weather during this season might also have a negative impact on trees. Snow cover acts like a cozy blanket for soil in the woods, keeping heat trapped inside and preventing the dirt from freezing. But with the thermostat nudged a smidgen higher, would-be snow storms are coming down as cold rain instead. When it finally does drop significantly below freezing, that’s bad news.

“We’re finding that when there’s no snow cover, in the middle of the winter the extreme cold weather penetrates deeply into the soil and kills tree roots, contributing to slower growth than in the past,” he says. Then in the summer, warmer weather leaves plants more vulnerable to extreme drought.

In short, there is cause for concern.

But while these changes are troubling for their large-scale implications, Primack hopes people can find ways to appreciate the new reality of fall on a day-to-day basis.

“The one thing that’s interesting is that we live in exciting times,” he says. “Things are changing. We’re seeing birds extend their range northward, seeing species we haven’t seen before. The Massachusetts butterfly club keeps seeing new butterfly species, and gardeners can grow things they couldn’t in the past. Southern magnolias, fig trees, okra—they’re in our gardens now.”

It’s not that Primack expects us to feel too joyful about trading cardigans and lattes for more time with the butterflies each year. “It’s very sobering,” he admits. “We can see the reality of climate change and its impact on all the seasons in this region. But if you go in with open eyes, you can see things no one has seen before.”