How it's fighting a perennial pollution problem. 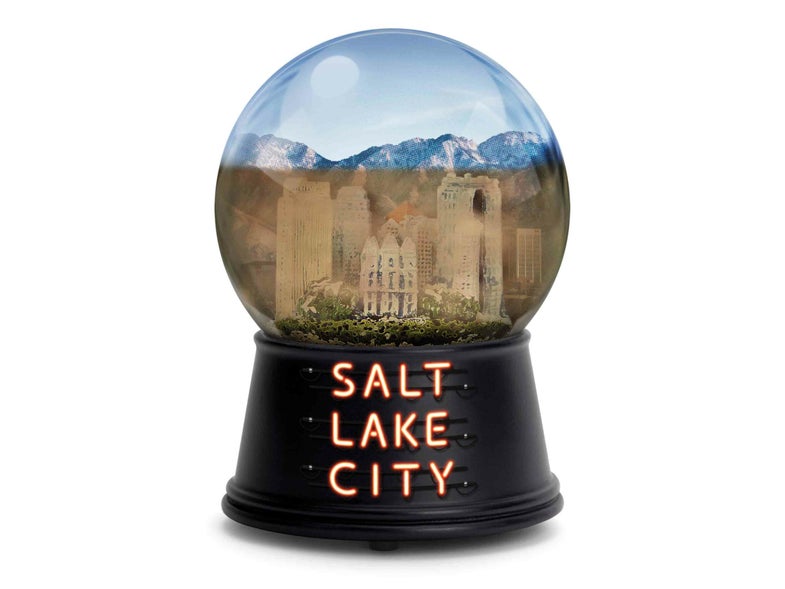 In Salt Lake City, Utah, residents call winter “inversion season” for its tendency to bring on a strange weather condition: Snowstorms invert the usual trend of air getting colder as the altitude gets higher by cooling the ground, which leaves behind a layer of warm air high above the metropolis. An inversion creates a sort of atmospheric roof while the mountains surrounding the city act like walls, trapping pollution in place until another storm blows it away. The resulting “smog dome” lasts four days on average, but some have lingered almost three weeks. These periods aren’t just dreary; they’re dangerous. Here’s a peek into the dome.

A Dome Is Born

Normally, higher altitudes have colder air, but a couple of scenarios can set a warm-air “lid” over an area. Salt Lake City‘s inversions usually follow snowstorms. Other locales more often get nighttime radiation inversions, when Earth gives off more heat than it receives from the sun.

Smog domes can happen anywhere but occur more often in cities—such as Boise, Idaho, and Los Angeles—that lie near mountain ranges, which trap cold air in valleys. Domes also tend to hit areas that get heavy snowfall, which makes air near the ground cooler than what’s above.

Something in the Air

Inversions trap fine particles known as PM2.5, produced by car engines, bonfires, and industrial emissions. The buildup of these and other pollutants, such as ozone, can reduce visibility, increase the acidity of water, and deplete soil nutrients.

Inhaling PM2.5 can exacerbate health issues such as asthma and congestive heart failure: Whenever Salt Lake City has an inversion, emergency-room visits spike. And the longer it lasts, the sicker people get. If concentrations rise too high, students stay indoors and adults telecommute.

Humans can’t stop inversions. But we can cut down on dome-filling emissions. Salt Lake aims to increase car-efficiency standards and reduce traffic with better public-transportation options. Officials hope that small measures like these, taken together, will lighten the dome by 2040.

This article originally appeared in the July-August 2017 issue of Popular Science, under the title “Inside a Smog Dome.”