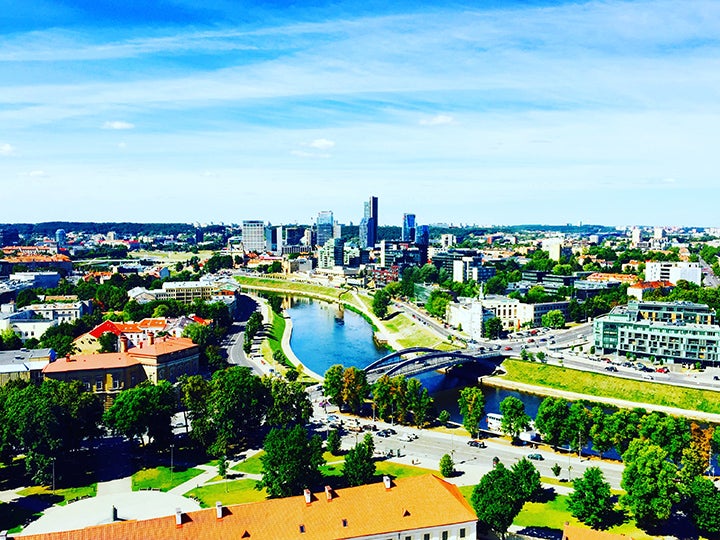 Trees were supposed to be the urban jungle’s salvation. After all, trees provide sweet, beautiful shade which helps cool the metropolis, a place prone to overheating thanks to a proliferation of surfaces like asphalt and concrete. And by pumping oxygen into the air—the same oxygen humans need to breathe— while also filtering out harmful air pollution, trees were supposed to help the eighty percent of Americans who live in urban areas breathe easy. But a new study out today in the journal Environmental Science & Technology has found that planting trees while doing nothing about underlying air pollution is a bit like putting spinach on your double bacon donut burger: you’re still going to die of a heart attack.

“We were surprised that the contribution of the plants to air pollution was so high,” says lead author Galina Churkina, a senior fellow at the Institute for Advanced Sustainability Studies in Potsdam, Germany.

To be clear, this is still entirely our fault. On their own, the trees’ VOCs don’t pose a threat. But once in the air, they undergo a chemical reaction with Nitrogen Oxides (NOx) —a byproduct of burning fuel, like the gas that power our cars’ engines—that adds more ozone to the mix. NOx causes a host of negative health effects ranging from respiratory issues to heart attacks. At the same time, ground level ozone irritates respiratory systems, aggravates asthma and chronic lung disease, and can even cause permanent lung damage.

“We knew that if you have more plants, if you have more emissions of VOCs, then you might have a substantial increase in pollution—in ozone—in a city that has high levels of NOx,” says Churkina. “We thought it would be interesting to quantify to what degree plants contribute to ozone production. And a heat wave was a logical first step, because there were studies showing that during a heat wave air pollution goes up.”

Churkina and her colleagues simulated the emissions of volatile organic compounds from different kinds of plants and modeled how those compounds react with the full chemistry of the atmosphere, including nitrogen oxides. Berlin made the perfect study site—the city has air monitor data from its 2003 heatwave.

While VOCs often have a negative connotation because of industrial VOCs (which have been found to harm health) plants producing VOCs isn’t unusual or inherently bad. The distinctive smell of fresh pine needles, for example, is caused by a group of VOCs known as the monoterpenes, while lilacs’ distinctive fragrance is a mix of (E)-beta-ocimeneE and the eponymously named Lilac aldehyde and lilac alcohol. Plants create VOCs to attract insects (to pollinate their flowers), to repel insects (so they remain unmolested) and in times of stress. It’s those times of stress that create the issues outlined in the study: During a heatwave, plants increase their production of VOCs because very hot weather is botanically stressful.

This doesn’t mean that we should stop planting trees, since ultimately, it’s the underlying human-produced pollution that’s the problem. Plus, the study only suggests that trees boost our pollutants during heatwaves, not all the time. And even the increased temperatures of the heatwave that Churkina studied can be blamed on, well, us. A 2015 study found that the 2003 European heatwave was caused mainly by climate change.

But the study makes it clear that it isn’t enough for us to plant trees—we have to lower pollution as well.

Churkina hopes that the results can help cities make the most of their efforts at going green—by planting trees that emit fewer VOCs in very hot weather, for example. Municipalities might also take care to give their urban foliage plenty of water, since the heat stress that increases VOC production is caused by thirst.