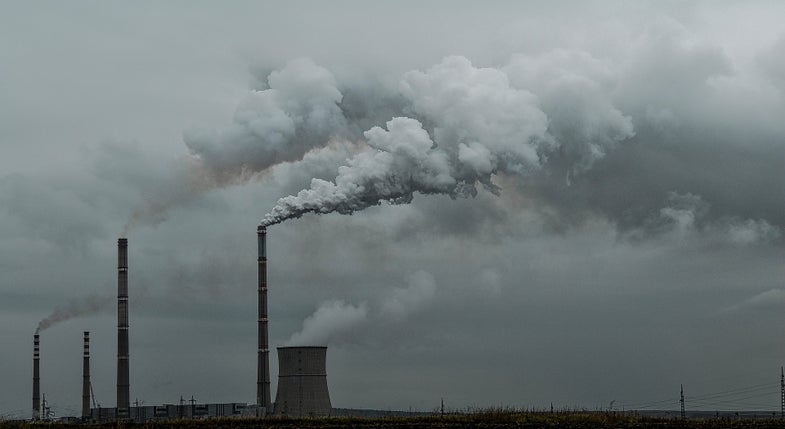 Pollution killed 9 million people in 2015—close in number to the population of New York City—and those deaths could have been avoided, according to a recently published report by The Lancet Commissions on pollution and health.

The researchers, a mix of medical doctors, academics, and researchers from institutions such as The World Bank, assessed data collected from 130 countries. The majority of those pollution-related deaths (92 percent) occurred in low-to-middle income countries. The reason? Those countries have yet to introduce the pollution controls common in richer nations.

“High-income and some middle-income countries have enacted legislation and issued regulations mandating clean air and clean water, established chemical safety policies, and curbed their most flagrant forms of pollution,” write the more than 40 authors. “Their air and water are now cleaner, the blood lead concentrations of their children have decreased by more than 90 percent, their rivers no longer catch fire, their worst hazardous waste sites have been remediated, and many of their cities are less polluted and more livable.”

The same cannot be said of cities such as Beijing and New Delhi, which have become synonymous with intense levels of air pollution. But they did not even make it to the list of top ten most air polluted cities, according to 2016 World Health Organization data. They were trumped instead by cities like Onitsha in Nigeria and Zabol in Iran, which are less well known but still incredibly toxic. At the same time, the report noted that pollution doesn’t stay in one place. Eleven percent of the black carbon pollution in the western USA comes from China. But in a classic case of what-goes-around-comes around, some 20 percent of China’s air pollution stems from the manufacturing of products for the United States. In other words, pollution is truly a global problem.

It’s in the air

Airborne contaminants were the leading cause of death by pollution, claiming 6.5 million lives in 2015 from a mixture of heart disease, strokes, and respiratory ailments. This includes both outdoor air pollution—toxins like the mercury spewed by coal fired plants and car emissions—and indoor air pollution caused by burning wood and dung for heat.

But while air pollution was the leading form of death by pollution, it wasn’t the only source. Water pollution killed another 1.8 million people. The culprit there is often a mix of unsafe water sources and unsafe sanitation (because limited water supplies makes basic hygiene tough). Water pollution tends to kill through the transmission of diarrheal diseases and typhoid. And what doesn’t kill you can still make you ill: one billion people are sickened by waterborne pollution every year. While these diseases primarily strike low to middle income countries, Flint, Michigan showed us just how quickly advances in first-world water sanitation can erode. In addition to lead in the water, the devolution of Flint’s drinking supply also set the stage for a deadly outbreak of Legionnaire’s disease.

Even in America, the poor pay the price

Flint, which is a majority African American city and has an average household income below the national average, parallels another issue raised in the report: the links between pollution and poverty and injustice. In short, the poorer you are, the more likely you are to live in a polluted environment. This isn’t accidental—as a society, we tend to concentrate the most polluting industries in poorer communities.

In 1987, when the concept of environmental racism was first coined, researchers discovered that communities of color and low income communities were far more likely to have polluting industries (power plants and garbage dumps, for example) within their boundaries. In 2007, researchers went back and re-examined the issue, hoping that awareness of the problem would have led to corrective measures. Instead they found the reverse; the amount of pollution in these communities had increased.

Meanwhile, we’ve created some 140,000 new chemicals since the 1950s. Of those, less than half of the top 5,000 most commonly used substances have been properly tested for safety and toxicity. Many, such as DDT (which lead to the near eradication of birds) and chlorofluorocarbons (which almost destroyed Earth’s protective ozone layer) only revealed their harmful nature by nearly killing us. In short, things look pretty bleak.

But as the authors note, “Pollution is not the inevitable consequence of economic development.” We don’t have to live with polluted air, water, and soil. “Contrary to the oft-repeated claim that pollution control stifles economic growth,” write the authors, “pollution prevention has in fact been shown repeatedly to be highly cost effective.”

The passage of the Clean Air Act in the United States in the 1970s reduced air pollution of six common pollutants by 70 percent—even as the economy grew by 250 percent. Getting lead out of gasoline had the added benefit of making Americans slightly smarter, too (yes, really). We’ve shown that when we’re made aware of the problem and choose to act on it, we can reduce pollution and still make money.

But as the United States begins to shrink its Environmental Protection Agency and roll back the regulations designed to keep mercury and other potent toxins out of our air and water, we may be poised to undo the progress we’ve made. For now the world’s pollution-related fatalities are mostly centered in sub-Saharan Africa and Asia. But if we go backwards as these other nations step into 21st-century energy practices, more of those casualties could occur close to home.