If we all stopped eating beef, what would happen to the land? 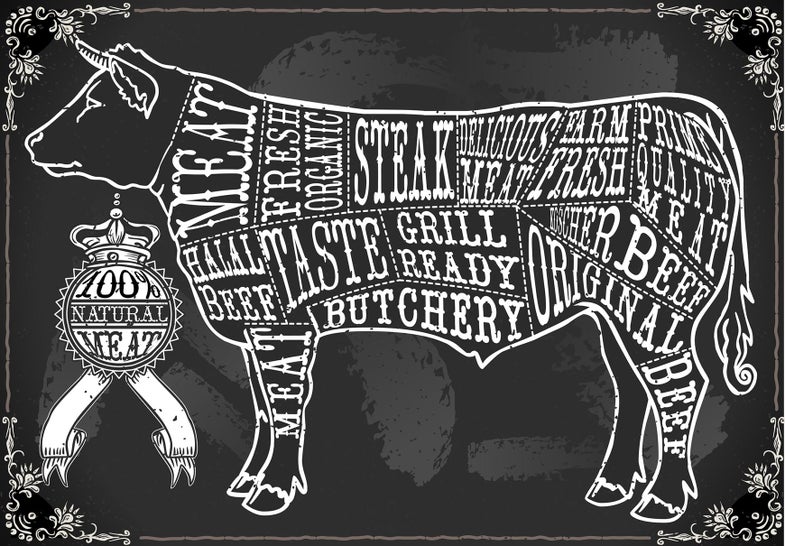 When the land down the road from Lorraine Lewandrowski’s home in New York State’s Herkimer county was sold, it was bought by developers who turned the land into a subdivision.

“The people who bought the lots from us were nice enough, and they all told me that they wanted to be out in the country,” says Lewandrowski a lawyer and a dairy farmer in Central New York. “But they couldn’t grasp what they were doing. The meadows that were alive with little bird fledglings the developers were plowing under to make these 10 acre lawns.”

It’s hard to argue that that was an ecological improvement over the land’s previous incarnation as a farm.

For the past month, many Popular Science staff members have engaged in No Red October in which they eschewed eating beef. The reason was not masochism but environmentalism: livestock accounts for 12-percent of global climate change emissions. And beef—which requires 28 times more land and 11 times more water to produce chicken or pork while emitting five times more climate-changing emissions—seems like a natural place to cut back. Especially since Americans annually eat 54 pounds of beef, or a little more than a pound a week.

Let’s say we went a little more drastic, and we all gave up eating beef overnight. What would that actually do to the ecology of the land, and to the rural communities built around agriculture? Would the resulting change really be a good thing?

Nicolette Hahn Niman doesn’t have a problem with people giving up beef for a month—that probably isn’t going to make much of an impact on farm economies. And there’s something to be said about giving up anything for a while that makes us more conscious of what we’re consuming.

“What troubles me is the repetition sort of ad nauseam is that cattle are inherently problematic for the environment and that the best thing we can do is give up beef,” says Hahn Niman. For years, Hahn Niman was an environmental lawyer working with the environmental non-profit Waterkeeper Alliance. As part of that role she was tasked with looking at the environmental impact that livestock, including beef, had on water systems. She looked at the scientific research, traveled all over the country visiting farms, flew over farm operations, and essentially went down the cattle rabbit hole for two years. Her work eventually culminated in the book Defending Beef. Hahn Niman, a vegetarian, also became a rancher herself after marrying Bill Niman the well-known founder of Niman Ranch (which is now owned by Perdue).

Take for example the statistic that it takes 11 times more water to raise cattle than to raise pork or chicken. That number doesn’t take into consideration what kind of water is being used. It makes a huge difference if that water is irrigated water, pulled up from groundwater supplies or if it’s just rain water that would naturally occur on a grassland anyway. New York State is relatively wet and has an abundant amount of naturally occurring grassland which is great for grazing and making hay. Because of that, in 2012 the United States Department of Agriculture, along with Cornell Cooperative Extension created a report titled Green Grass, Green Jobs which calls for increasing livestock production in the state.

Similarly, just like all water isn’t the same, land varies too. A large chunk of America’s agricultural lands are grasslands which aren’t suitable for growing much other than grass. Grass is great for ruminants like cows and sheep but less great for people, who can’t actually eat grass.

“Let’s say you drove every rancher in the US off the land. What would happen to the 600 million acres of grazing land?” asks Lewandrowski. “Would it be a Disneyland kind of thing where bison and antelope just take over?”

And, points out Lewandrowski, what would happen to those communities? As farms have consolidated many have been ploughed under to create subdivisions—or, as they’re referred to out west, ranchettes—that fragment ecosystems and are harder on the land. At the same time, when ranchers and farmers suffer economic distress, it dissolves the ties that hold their communities together and themselves. From the droughts in India to the milk crisis of 2010 it’s not uncommon, and incredibly unfortunate for farmers to deal with the dissolution of their livelihoods – and the mounting debts that it creates—by committing suicide. As we lose farms, rural communities lose the economic engine that holds their community together.

“If I said to you what if I got rid of every teacher or any other profession in the United States there’d be an uproar,” said Lewandrowski. “But if I said let’s get rid of every rancher in this country, there are people who are like, ‘oh it would be a good thing.’”

What Lewandrowski is getting at is a real divide between people making the decisions and those who are actually producing our food. And the two sides are generally not talking to each other. Lewandrowski notes that farmers are often excluded from conferences that discuss the future of food and its relationship to climate change.

None of this is to say that when it comes to agriculture, that the status quo is fine.

“There’s an enormous problem with the food system and the way it’s impacting the environment,” says Hahn Niman. “We know in the United States that the number one source of water contamination is from agriculture. There’s a lot of data that the food sector is contributing to climate change in various ways.”

The problem comes from distilling the solution down to a single consumer action, instead of recognizing and fixing the broader system. That means repairing the relationship between purchasers and producers, adjusting feeding operations to be more humane, and literally getting down into the dirt.

“I am increasingly convinced the cornerstone of building or rebuilding a sustainable food system is really about soil health and specifically the biology of the soil and that everything goes up from there,” says Hahn Niman.

The reason is simple – healthy soil is both a sign of sustainable practices and a contributor to a healthy food system. Healthy soils require fewer synthetic fertilizers, for example. And it’s these synthetic fertilizers that contribute so greatly to the annual dead zone in the Gulf of Mexico. Healthy soils require different grazing practices that move cattle along from region to region. And studies show that when practices like these are employed, that the land itself is healthier. Even the report Livestock’s Long Shadow from The Food and Agriculture Organization of the United Nations which kicked off much of this debate acknowledged that where you have grazing animals you have more biodiversity, and more water in the system.”

This does nothing, of course, to answer the question of whether or not you should eat less beef. But maybe, just maybe, that’s the wrong question. Perhaps, the better question to ask is: do you know the source of your food? And let everything else fall from there.