Volcanic eruptions are incredibly hard to predict. Here’s why.

After 54 years, a Bali Volcano erupts. 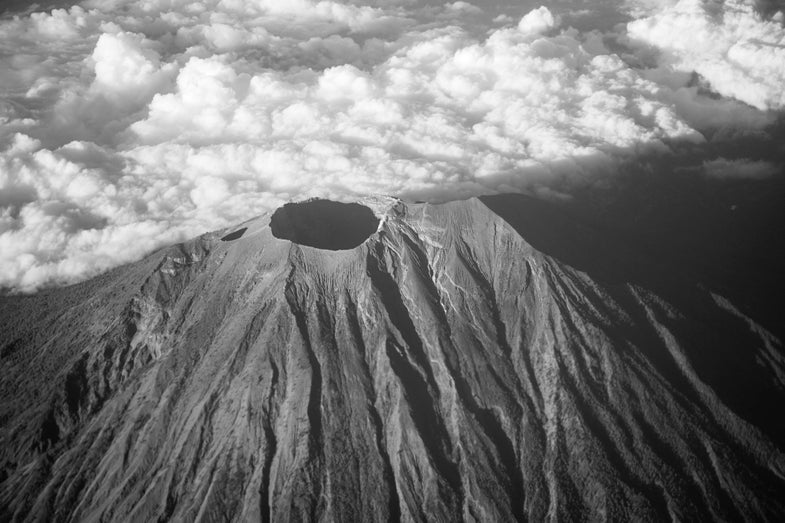 The Indonesian volcano Agung on the island of Bali is rumbling, shooting a mix of gases and sharp fragments of ash in a column thousands of feet high into the sky. Airports are closed , and Indonesia’s National Board for Disaster Management announced on Monday the highest alert level for residents in the area, triggering evacuations from the immediate vicinity.

A live video of the eruption is available here:

For locals and volcanologists, it’s deja vu all over again. In September, swarms of earthquakes on the volcano forced area officials to max up the alert level. But the activity remained subdued. A thin cloud of steam erupted from Agung’s innards, but by October, people started returning home.

This week, however, the residents of towns located within five miles of the volcano (and in some cases six) are being forced to evacuate again. They’re not just facing down tremors this time, but also falling ash, rivers of a fast-moving sludge known as lahars, and worries that this eruption might be as destructive as the 1963 event, which killed 1,000 people in the area.

Simon Carn, a volcanologist at Michigan Technological University, says that in addition to being hazardous on a local scale, Agung has a history of global impacts as well. “The 1963 eruption was the largest in Indonesia in the 20th century, and had a small climate impact because the amount of gases emitted was quite large,” Carn says. “It’s interesting to watch a volcano like that reawaken and have the opportunity to make measurements.”

With 139 volcanoes in all, Indonesia is better prepared than many countries to deal with an eruption. But it’s still a dangerous phenomenon. Lahars, ash fall, clouds of superheated gas and ash flowing down a mountainside—these all sound like things that people would like to avoid. But how can residents tell when an eruption is going to happen? The answer, like so much of this world, is complicated.

“It’s hard to predict a volcanic eruption. It’s also hard to predict how an eruption will evolve after it starts,” Carn says. “In these kinds of cases, volcanologists look at the activity of a volcano to see what it did then, and often the best thing you can use to forecast is its previous activity.”

Just like earthquakes, predicting exactly when an individual volcano will erupt—and exactly how large that eruption will be—is still impossible. But deposits left by past eruptions, along with live data from volcanoes around the world, might help volcanologists make better forecasts.

Unlike weather patterns, which tend to occur literally in the open air, the factors that lead to a volcanic eruption unfold deep inside our planet, further down than current technology can reach. So we rely on indirect observations instead. Old deposits of ash and mud can often indicate past eruption patterns. Did this volcano send out streams of lava, or fill the air with caustic bits of rock and glass? Local stones might be able to help untangle the mystery, preserving beds of lava or drifts of ash in layers around the volcano that can be dated to tell exactly when a volcano may have erupted.

Then there’s the shaking. Those swarms of earthquakes back in September were the initial reason scientists raised the alert level at Agung. Seismic activity of that kind usually means magma from miles underneath the Earth’s surface is rising within a volcano. The upward movement causes the overlying rocks to shift, and eventually crack under the mounting pressure.

On the surface, that shaking can be one of the first indications that not everything is status quo under there. Thus, researchers have learned to pay attention to earthquakes near volcanoes. But no two volcanoes are exactly the same, and their behavior differs as well. Some shaking might indicate that an eruption is about to happen, while in other cases, it might not indicate anything happening on the surface at all.

In the case of Agung, earthquakes preceeded the deadly 1963 eruption, followed by lava flows, and then a massive explosive eruption. The current evacuations are designed to get people to a safe distance before an event like that occurs again.

Nowadays, satellites are involved too. GPS technology measures how much the ground over a volcano bulges as magma inside the Earth tries to find an outlet. Carn uses satellite measurements to help measure gases venting out of volcanoes, which might help predict their eruptive behavior in the future.

“It can potentially give advance warning of an eruption if you can see carbon dioxide being released from the magma before it releases the surface,” Carn says.

Satellite predictions are still far from being real-time warning system, with days or weeks passing between measurements. Still, keeping an eye on seismicity, gas emissions, and changes in the shape and movement of the ground, have led to some successful predictions and evacuations. In 1991, Mount Pinatubo in the Philippines, which had been quiet for nearly 500 years came to life, trembling, then venting steam. Careful analysis of the mountain led to the evacuation of over 60,000 people before it erupted. In 2010, monitoring of activity at Indonesia’s Mount Merapi led to 70,000 people being evacuated before the volcano erupted. In each case, hundreds died (840 at Pinatubo, 350 at Merapi) but without the evacuations, the death toll could have been far worse.

“Even now [at Agung] we don’t know if it’s going to get bigger or gradually wane. It’s difficult to measure how much magma is inside the volcano,” Carn says.

In the future, volcanologists hope that increased monitoring and additional sensors and satellites deployed around the world will make predicting volcanic eruptions easier, though it will never be straightforward, and funding is needed to grow volcano monitoring systems and keep satellites used by scientists to monitor volcanoes aloft.

“Certainly, within the United States there is a great need for volcano monitoring,” Carn says. “Similar things happening at Agung could happen at a U.S. volcano, and we need to be prepared.”