Air pollution has made the COVID-19 pandemic worse

Both attack our lungs and incite a similar response by the immune system. 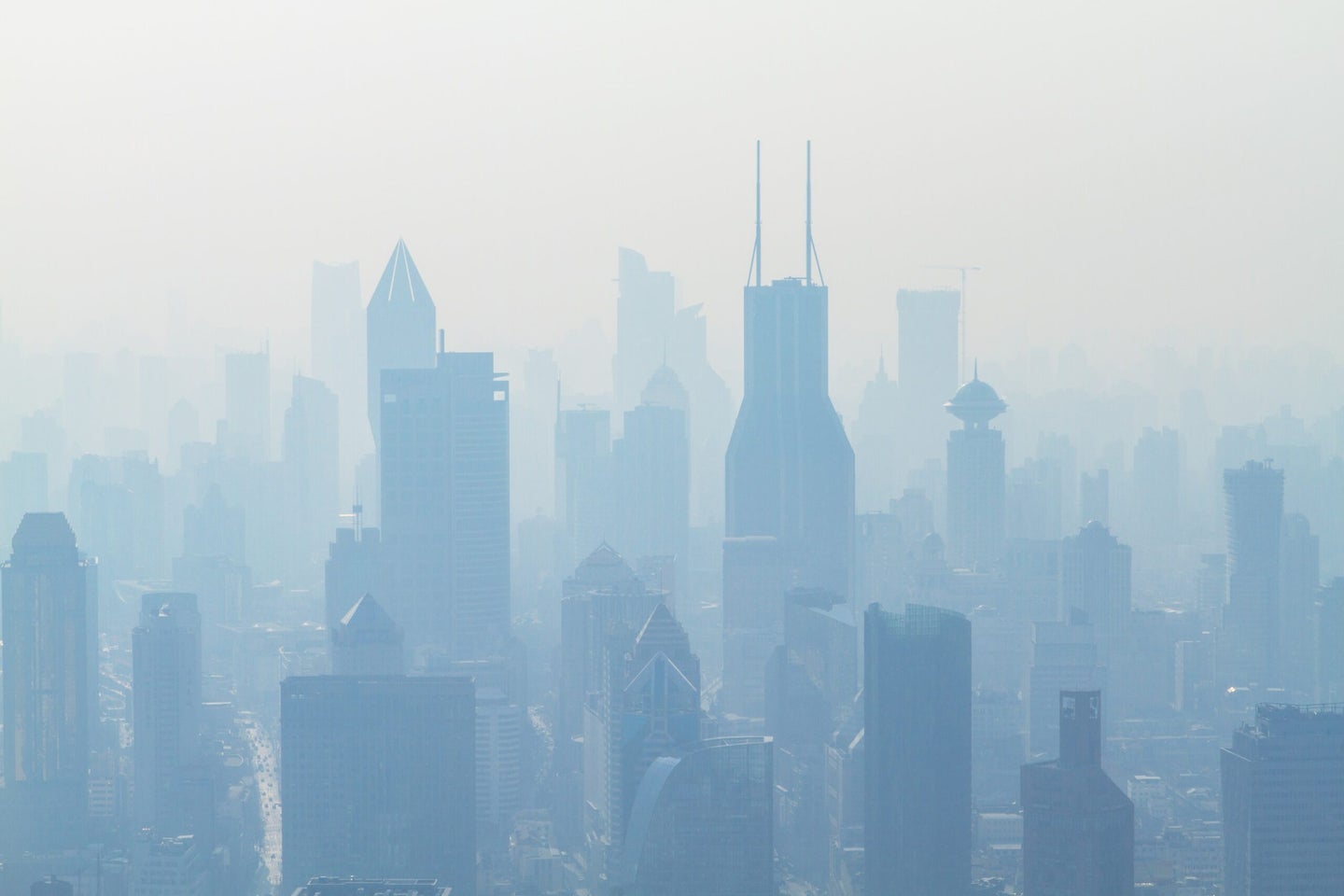 In the 50 years since the inception of Earth Day, we’ve had some big wins for the planet—and, consequently, for our health. Chief among those was the 1970 Clean Air Act, which led to the development of air quality standards and decades of increasingly cleaner air.

However, many places still suffer from unhealthy air and air pollution may be slowly creeping back. And now, it appears that low air quality is putting people at greater risk of dying from COVID-19. At least three recent studies have connected high levels of air pollution exposure to increased risk of death from the virus. “COVID-19 seems to be affected by air pollution,” says John Balmes, a spokesperson for the American Lung Association and a professor of medicine at the University of California, San Francisco. “Air pollution is a risk factor both for getting the infection and then going on to more severe disease.”

Air pollution kills an estimated 5.5 million people every year normally, and many of the respiratory and cardiovascular conditions it causes may make for more COVID-19 cases. As Balmes explains, air pollution both lowers our defenses to viral infections, making us more likely to get sick, and renders our lungs more vulnerable to life-threatening complications.

Earlier this month, Harvard researchers announced the first nationwide study investigating air pollution and risk of death from COVID-19. The team used county-level data, covering 98 percent of the U.S. population, to draw connections between exposure to fine particulate matter—tiny soot particles that arise largely from diesel- and gas-burning vehicles—and the likelihood of dying from the virus. They adjusted the statistical analysis to account for variations in factors like population size, number of people tested for the virus, and prevalence of obesity and smoking. The researchers found that on a long term basis, an increase in the average concentration of particulate matter of one microgram per cubic meter led to a 15 percent higher death rate from the new coronavirus.

The authors write that, based on this relationship, if Manhattan had a slightly lower soot concentration—just one microgram fewer per cubic meter—there would have been 248 fewer deaths by April 4 this year. This relationship isn’t surprising given the abundance of scientific evidence for the detrimental impacts of fine particulate matter, says Aaron Bernstein, director of the Center for Climate, Health, and the Global Environment at the Harvard T.H. Chan School of Public Health, who wasn’t involved with the study.

In another recent study, Yaron Ogen, a geoscientist at Martin Luther University Halle-Wittenberg in Germany, used satellite-based data on the pollutant nitrogen dioxide, which can contribute to particulate matter and ozone formation, and data on COVID-19 fatalities to analyze this connection in Italy, Spain, France, and Germany. Ogen found that fatality hot spots, accounting for 78 percent of deaths, were concentrated in five regions, four of which were in northern Italy and one which surrounded Madrid, Spain. The five areas have concentrated air pollution, featuring the unfortunate marriage of heavy emissions and valley geography that tends to clump together pollutants.

In another new paper in Environmental Pollution, researchers describe how the body’s response to the virus is eerily similar to that of air pollution. The paper focuses on two regions in northern Italy—Lombardy and Emilia Romagna, which sit in a valley that tends to accumulate air pollution. At the same time, these regions produce a lot of emissions from industry, making it the most polluted area of Italy and among the most polluted parts of Europe. This valley has also had exceptionally high mortality from COVID-19—about 12 percent of infected patients die, compared to an average of around 6.4 percent globally.

It’s well-known that long-term pollution impairs our upper airways, making us more susceptible to chronic respiratory conditions. But, in addition to that, the Environmental Pollution paper suggests a more specific mechanism that may be exacerbating COVID-19 mortality in polluted regions. Dario Caro, an environmental scientist at Aarhus University and author of the study, explains that both air pollution and COVID-19 cause an increase in cytokine-related inflammation—essentially an overreaction of the immune system when trying to defend itself from toxins and viruses. “The importance of the paper is the correlation we found from the actions of pollution in the immune system and the actions of the virus,” says Caro. “Because inflammation of cytokines is the first step to die from coronavirus, we can say that this step for people living in a polluted area is already done.” Caro adds this is true even for young and otherwise healthy people. (It’s important to note, however, that both of the European studies mentioned here are based on correlations, and therefore may not account for other factors affecting COVID-19 mortality in the pollution hotpots.)

As an article in Science explains, if you don’t fight off the initial phase of COVID-19 infection, it moves deeper in the lungs. There, white blood cells release cytokines, proteins that carry immune signals, to fight off the virus. This can lead to a buildup of fluid and pneumonia-like symptoms. Sometimes the body’s response produces tons of cytokines that instruct immune cells to destroy healthy tissues, in what’s called a “cytokine storm,” which can lead to a cascade of effects on the body ultimately ending in death.

In other words, both the virus and air pollution can injure the lungs in essentially the same way. If our lungs are already damaged from breathing in soot for years, that first step of respiratory destruction wrought by the virus is already there. “If you already have a foundation of a cytokine response to air pollution, and then you throw in a virus that causes a very brisk cytokine response, it’s understandable how air pollution could increase the risk of [disease] progression,” says Balmes.

While many of these early studies on the air pollution-COVID-19 connection are not yet peer-reviewed, including the Harvard study, they are consistent with existing literature on air pollution and disease, says Balmes, who was not involved in the research. He adds that while, to some extent, this information can help us understand where to allocate healthcare resources, those areas are already known: frontline communities that disproportionately face health risks due to greater exposure to air pollution. “We already know where to target those [health] resources,” says Balmes. “The urban counties that have increased deaths due to COVID-19 are the counties that have communities of color and low socioeconomic status, and those are exactly the communities that are most vulnerable … Poverty brings with it a number of risk factors that put people in those communities at greater risk for COVID-19.”

Meanwhile, the Trump Administration continues to roll back protections on pollution. Recently, those changes have occurred quietly as the nation focuses on the pandemic; the newest moves include lowering vehicle fuel efficiency standards and removing limits on the amount of mercury, a neurotoxin, that power plants can release. “Even during the pandemic, there have been several moves by the EPA to further worsen our air quality,” says Bernstein. “I’m not sure now is the time to take measures that would potentially worsen air quality in the United States.”