Participating in #NoRedOctober is good. Meatless Mondays are better. 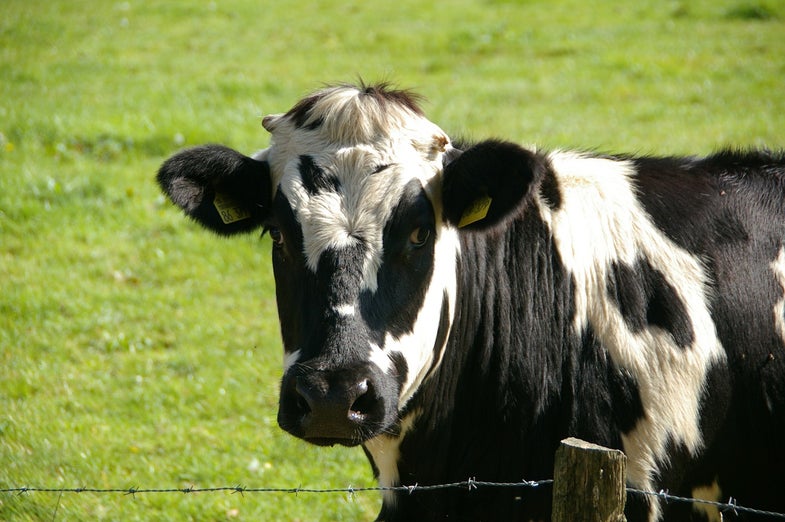 Red meat is terrible for the planet. Raising cattle pumps greenhouse gases into the atmosphere thanks to the inefficient consumption of feed and, of course, the methane-filled cow farts. Even if you don’t care about the damage that greenhouse-gas-induced climate change is already wreaking, then consider your own body: Too much red meat is bad for human health.

So I was happy to hear about #NoRedOctober, a punny initiative started by PopSci’s editor in chief that encourages people to cut red meat out of their diets for 31 days. But then I did a little math, and realized that we already have a better option: Meatless Mondays.

First, the numbers. Let’s focus on the year 2015, the most recent year for which the USDA has the complete information. In 2015, the U.S. consumed 24.8 billion pounds of beef. That year, the country had a population of 320.9 million people, so the average American accounted for 77 pounds of red meat, roughly 0.2 pounds per day.

If you’re a perfectly average American who avoids meat during the entire month of #NoRedOctober, you’re cutting out 31 days worth of consumption (assuming you don’t compensate by increasing your meat intake during the rest of the year), or about 6.6 pounds. That may not sound like much, but if you could get the entire U.S. population to play along, we’d save 2.1 billion pounds of meat per year, which is approximately 3.8 million cows (if you assume the average cow weighs 1,390 pounds, and the amount of trimmed, boneless beef you get from each animal adds up to about 40 percent of its live weight).

Not bad, right? Only until you compare this to the effect we would get from country-wide participation in Meatless Mondays. There are about 52 weeks in a year, but let’s say we can count on 50 Mondays without meat (we wouldn’t want to limit you to soy dogs during your Memorial and Labor Day barbecues). Doing the same arithmetic, this would save 6.1 million cows instead of 3.8 million. To put it another way, 50 days is 61 percent more days than 31, so no matter how many cows or pounds of beef you avoid consuming during #NoRedOctober, you’ll save 61 percent more animals or meat by opting for Meatless Mondays instead.

On top of that, I personally find it easier to restrict myself for one day once a week than I do for an entire month. But your mileage may vary—and in an ideal world, perhaps we’ll all find the willpower to do both.