Welcome to the age of electric motorcycles

With Zero's new bike and a forthcoming Harley, the field is getting fully charged. 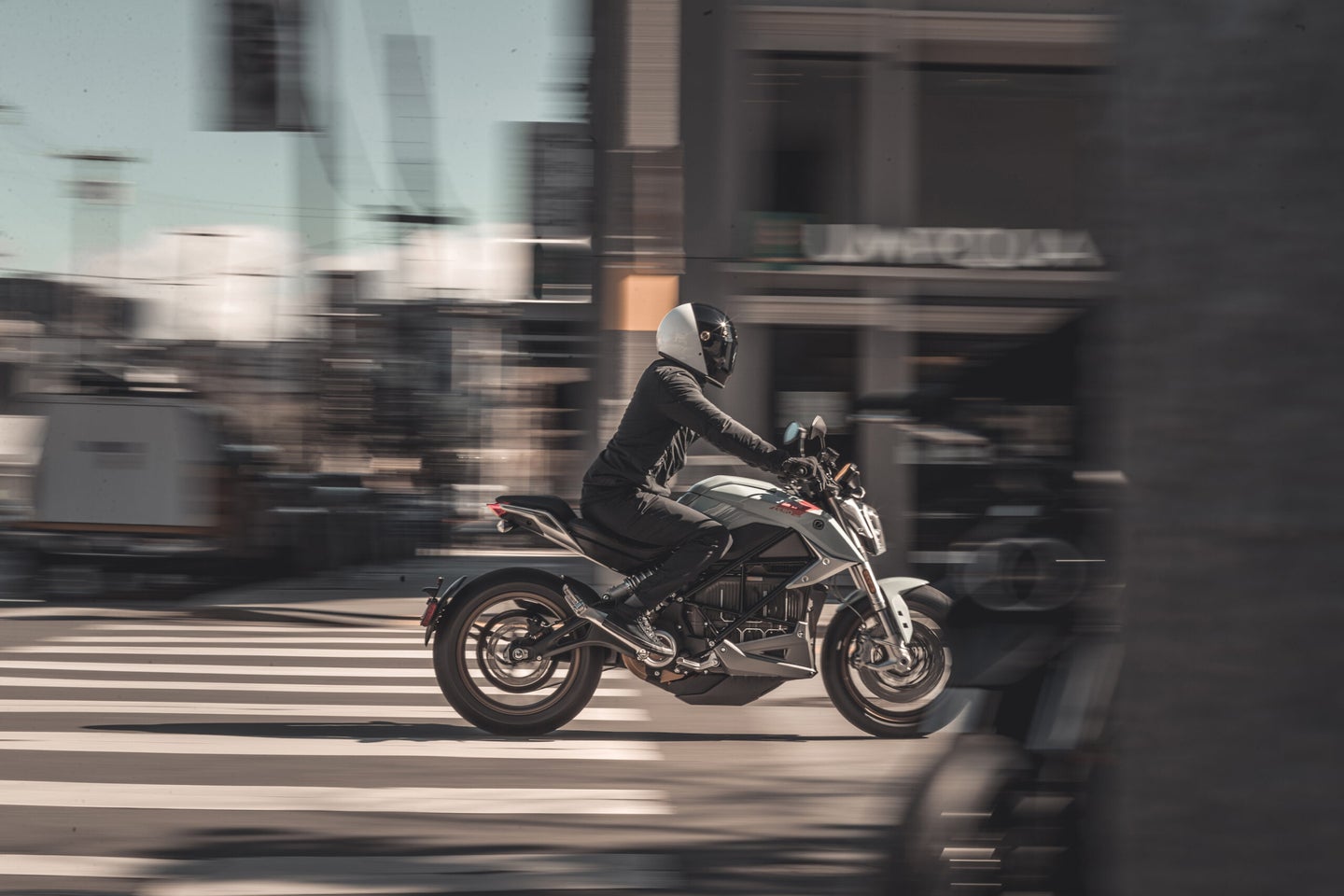 The new model is called the SR/F. Zero Motorcycles
SHARE

Electric motors do plenty of cool things: they power flying taxi prototypes and electric vehicles like Teslas and Chevy Bolts. Batteries, not fuel tanks filled with sloshing fossil fuels, make these contraptions go. But some of the most exciting developments in the field are happening on vehicles with two wheels: the electric motorcycle is coming of age.

Case in point is the latest electric motorcycle from California-based Zero Motorcycles, the SR/F, which the company unveiled yesterday. The bike can hit 124 mph, travel 201 miles in a city (if you pay for additional battery capacity) and has cellular connectivity, so it can receive firmware updates over the air, just like your smartphone. And Harley-Davidson is already accepting pre-orders for its electric bike, the LiveWire. It should ship in the fall.

With ranges creeping over 200 miles, some electric motorcycles can travel further than some gas-powered sportbikes can. Here’s what you need to know about Zero’s latest and greatest option, and the lay of this electron-charged landscape.

The flagship bike from Zero will start at $18,995 in a standard configuration. Zero has added a Motorcycle Stability Control package from Bosch to the bike, which manages aspects like torque. (And the SR/F has a lot of torque—140 foot-pounds, while an average gas cruiser might have around 80 foot-pounds.) That can come in handy if you’re on a wet road and hit the throttle aggressively when the light turns green. “The system knows how hard it can spin the back tire before it just starts to spin out, and it will accelerate you at the maximum speed it can accelerate without spinning the back tire,” says Sam Paschel, Zero’s CEO.

The stability system also helps on turns—a hazardous time for riders. Here’s a typical scenario for someone on a motorcycle: “You’re on a corner, you’re going too fast, you panic, you hop on the brakes, the bike stands straight up, and goes straight off the road,” Paschel says. The Bosch package can help with that situation. “Now, the bike stays at that lean angle—maybe stands up a little bit—slows down, and carries you through the corner.”

The fact that the bike will have a built-in cellular connection gives Zero new opportunities, too, like firmware updates straight from the cloud to the bike, without using your phone as an intermediary. (With previous models, you needed to be in Bluetooth range to see data about the bike or push through a software update.) While charging, the bike can also send you an alert when it’s received enough juice to get you a predetermined target distance, like 50 miles. Zero will pay for that cellular data needed for that function, and others, for the first two years, and after that it will cost riders an as-yet-to-be-determined amount.

The standard model will take 4.5 hours to charge, or 1.8 hours if you want to buy a “Rapid Charge” module.

Zero also produces electric motorcycles with less torque and a shorter range than this new bike. A model called the FX, for example, begins at $8,500, and with a 3.6 kilowatt-hour battery, will travel just 46 miles in a city. Other pricier models will do 223 miles of range, as long as you pay for an additional battery called a Power Tank.

But even those $8,500 models still can go up to 85 mph—and remember, you don’t have to shift gears on an electric bike. The SR/F will hit 124 mph, which is probably faster than you should go.

Zero’s new bike, the SR/F, isn’t the only electric bike in town, as Harley’s LiveWire is expected in the fall. That bike is both much more expensive than the SR/F—it’s $29,799 versus $18,995—and the range will be lesser, too: 110 city miles compared to 161, which is what the SR/F gets with just its base battery. But like the Zero SR/F, the Harley will also be able to connect to the cloud via a cellular unit on board, meaning that you could check its charging status remotely. And the LiveWire advertises an acceleration of zero to 60 in less than 3.5 seconds.

“I think those two motorcycles will naturally be pitted against one another,” says Paschel, who notes that the LiveWire was criticized for its price and other specs. “I kind of wanted to jump to their defense—these are really hard problems to solve.” After all, a lithium-ion battery doesn’t have the same energy density as a tank full of fossil fuels does, and gas goes into a tank much faster than a battery charges.

“They should be applauded for recognizing that this is the next generation for the future of transportation,” Paschel added.

Besides Zero and Harley, keep your eye on another company: Lightning, which is planning to release a $12,998 electric bike called the Strike next month. That promises a range of 150 miles, and a top speed of 150 mph, and a price tag of about $13,000.