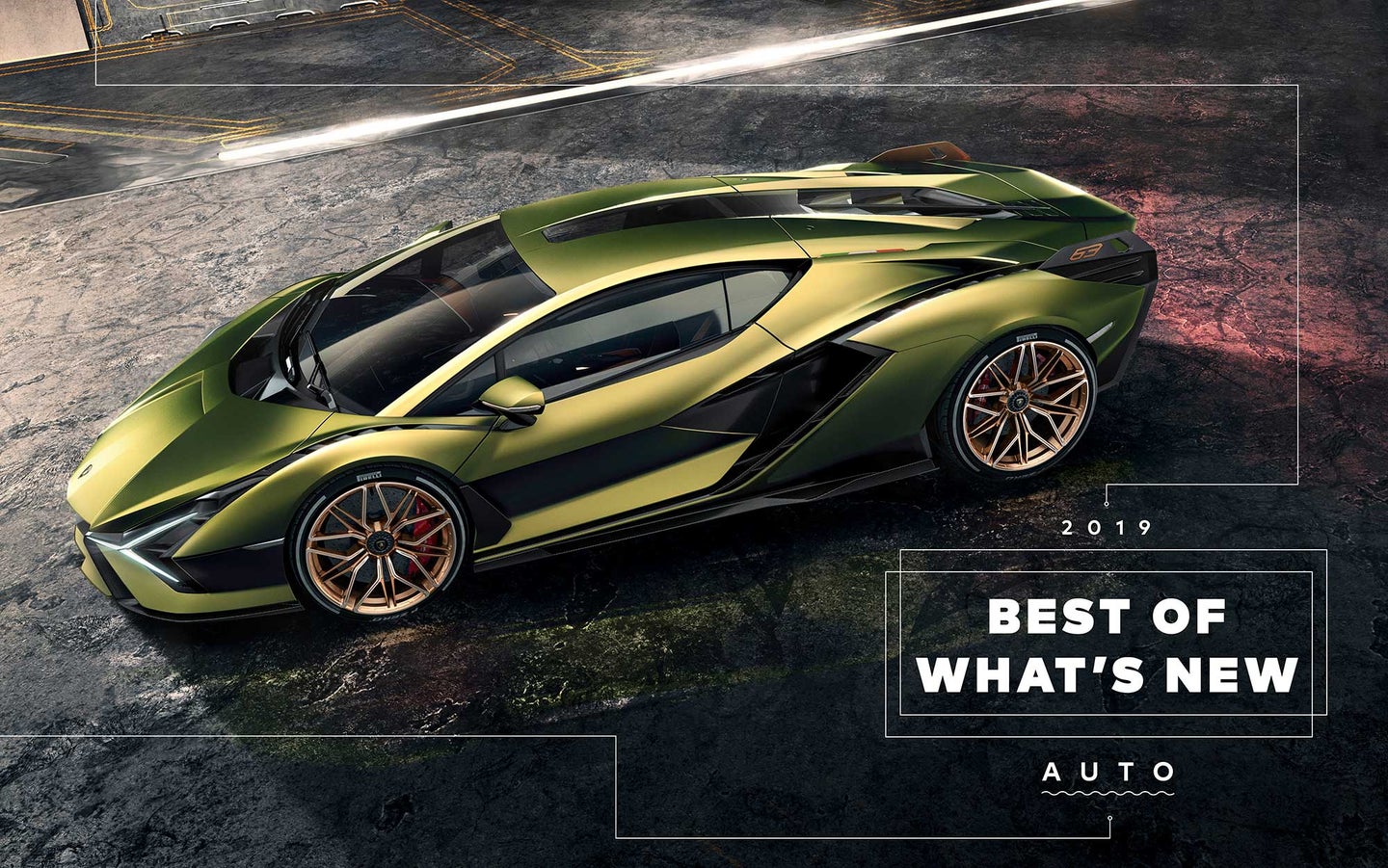 This year, the biggest automotive advances were all about maximizing efficiency. Whether it’s a car that tells other cars about that traffic jam ahead, a diesel engine that combines fuel economy with low emissions, or hybrid and electric vehicles with clever solutions to the technology’s limitations, the best new stuff on the road will save time, fuel, and maybe even the planet.

A car that sees all.

The 2020 Volkswagen Golf features the Marvel-worthy superpower of omniscience, an ability to tell you about looming hazards and delays. The four-door features the first mass-market vehicle-to-anything (V2X) communication system. The gist: A Wi-Fi transponder exchanges data with automobiles and landmarks like traffic signals within 2,600 feet, telling you, say, that there’s an accident ahead, so slow down or choose another route. Identifying events beyond the car’s line of sight goes beyond the capabilities of imaging systems like lidar and radar, so V2X could help autonomous vehicles get around too. Maximizing its potential requires installing the tech in many more vehicles, not to mention roadway infrastructure. But Volkswagen Group—which also owns Audi, Porsche, and five other automakers—has the scale to convince the industry to give every driver a sixth sense. 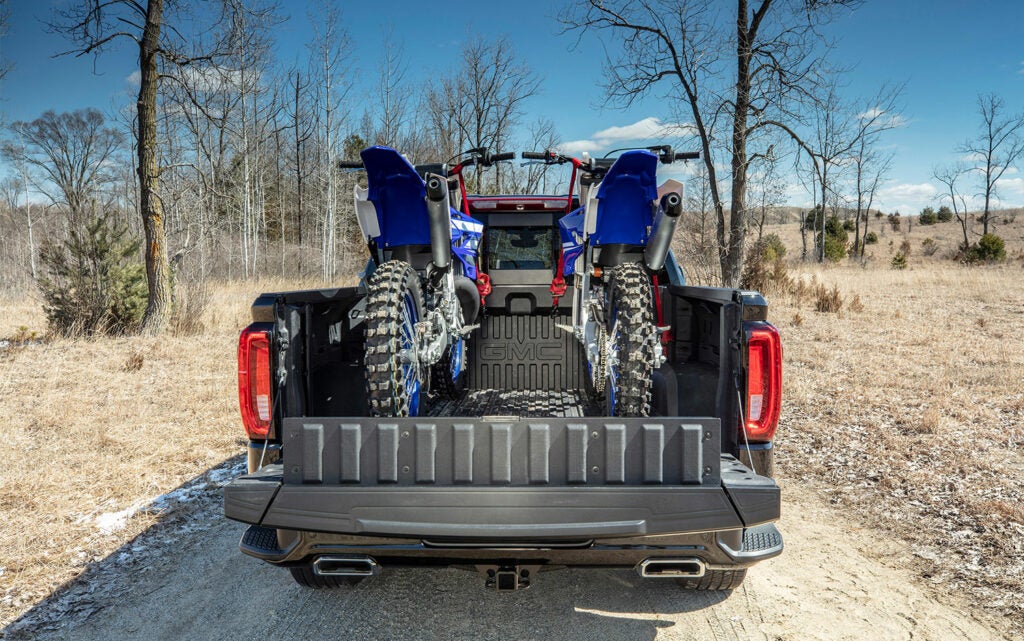 A bash-proof bed that won’t rust.

Use a pickup as intended, and you’ll inevitably scratch and dent the cargo bed. Ditching steel for tough carbon fiber makes the Sierra’s optional CarbonPro truck bed all but indestructible. (It’s 60 pounds lighter too, which improves fuel economy.) The material withstands energetic attacks with aluminum bats, but dragging kayaks off the tailgate might leave the tiniest of scratches. No biggie, though, because this stuff won’t rust. By converting pickup beds to carbon first, General Motors sets up the manufacturing scale to one day make components like hoods an affordable option in other vehicles. 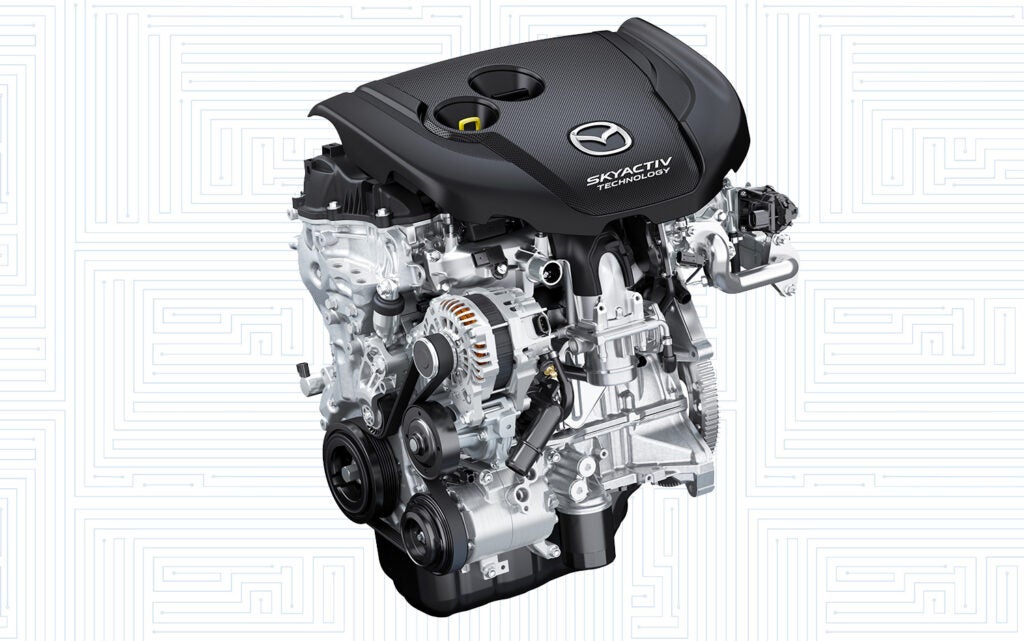 Diesel without the drawbacks.

Volkswagen’s “dieselgate” emissions scandal convinced most automakers that US consumers wouldn’t buy diesel. But Mazda still believes the maligned technology can provide above-average fuel economy without the pollution. Its trick? A low compression ratio (how hard the pistons squeeze the air and fuel) and twin turbochargers. The twofer eliminates sooty exhaust and offers solid performance. In the CX-5 crossover SUV, Skyactiv-D delivers a respectable 168 horsepower, excellent towing ability, and 28 mpg around town (compared to 23 from the gas version)—without the noise and vibration typically associated with diesel engines. 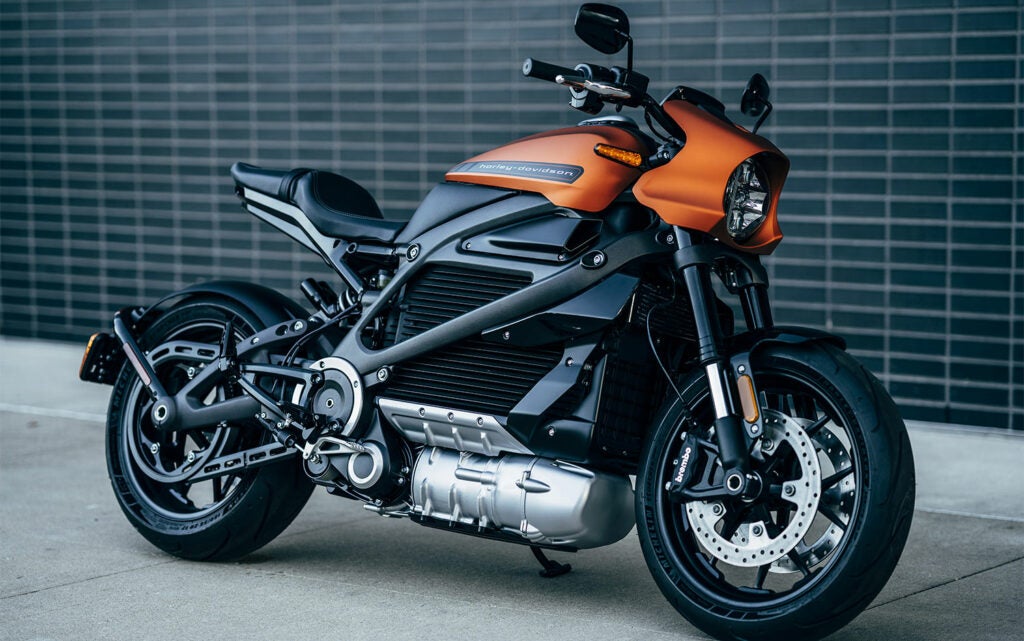 Startups put today’s fleet of electric motorcycles on the road, which helped establish the technology but won’t make it mainstream. The LiveWire is the first from someone with the expertise and scale to create a tipping point. Harley-Davidson custom-engineered everything about the bike, from the adjustable suspension and traction control to the cast-aluminum frame cradling a liquid-cooled motor and 15.5-kilowatt-hour battery. The LiveWire is good for 146 miles around town (95 combined highway and city) and looks so good, you might not even miss the rumble. 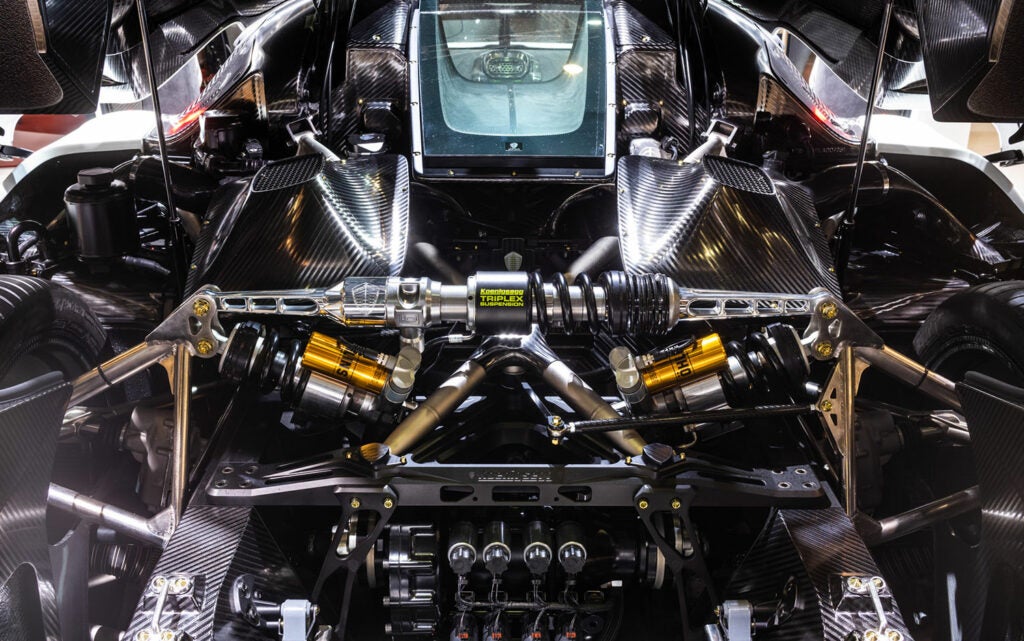 The quickest shifts ever.

Cars that break 200 mph typically use dual-clutch transmissions, which change gear almost instantly but require downshifting sequentially from, say, sixth to fifth to fourth when entering a turn or accelerating to pass another car. That can hamper performance—a nonstarter for Swedish supercar builder Christian Koenigsegg. The nine-speed, eight-clutch gearbox in the 1,600-horsepower Jesko works much like the derailleur on a bicycle: It hydraulically mixes and matches three sets of three cogs, so it can move between any two gears in 2 milliseconds. 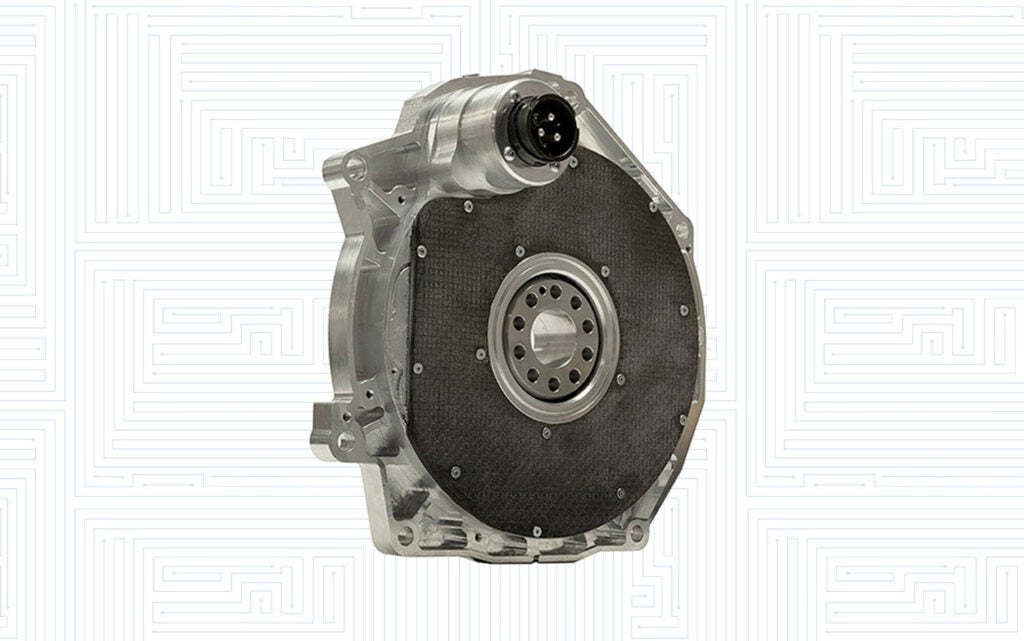 Many of the world’s fastest cars use electricity to augment the oomph of internal combustion—especially during acceleration. Vonnen’s Shadow Drive lets owners of 2009 or newer Porsche 911s, Caymans, or Boxsters enjoy that same boost. It swaps the flywheel between the engine and transmission for a wafer-thin electric motor powered by a battery in the trunk. The setup adds 150 horsepower to the car—and subtracts $75,000 from your wallet. A system for 911s built between 1964 and 1998 should debut in early 2020, marking a new direction in hot-rodding old cars. 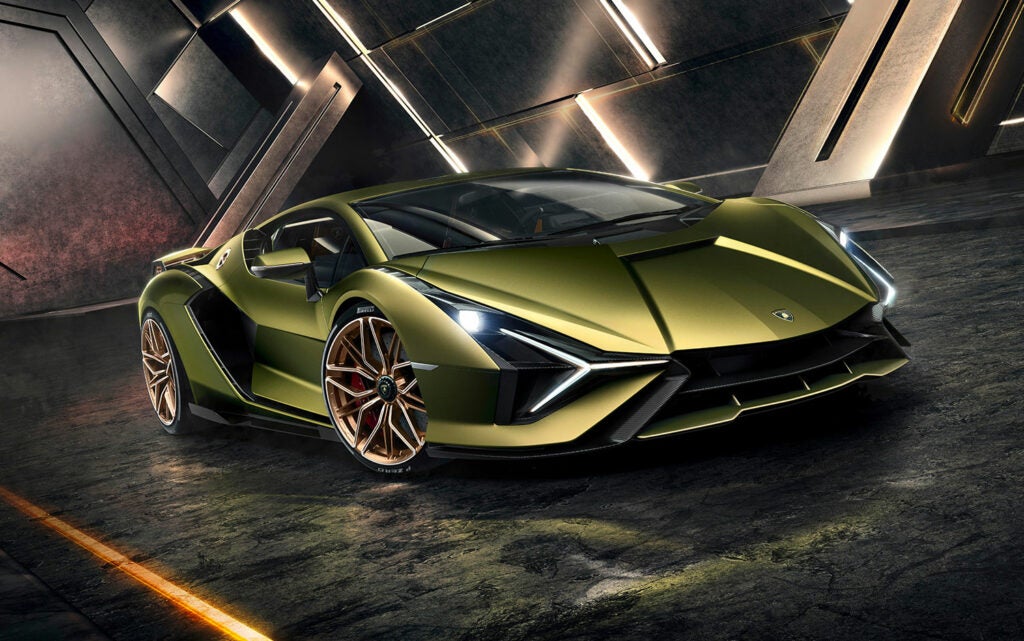 Crazy-fast hybrid without a battery.

The $3.6 million Lamborghini Sián FKP 37 doesn’t shatter any speed or acceleration records, but its hybrid drivetrain could one day propel other cars through such barriers. The 6.5-liter engine gets an added boost from an electric motor powered by a supercapacitor, which is a bit like a very dense battery but charges and discharges much faster. The added hardware helps the 819-horsepower Sián hit 62 mph in 2.8 seconds. Standing on the brakes recharges the cap. MIT helped develop the technology, which you might see in other cars before long. 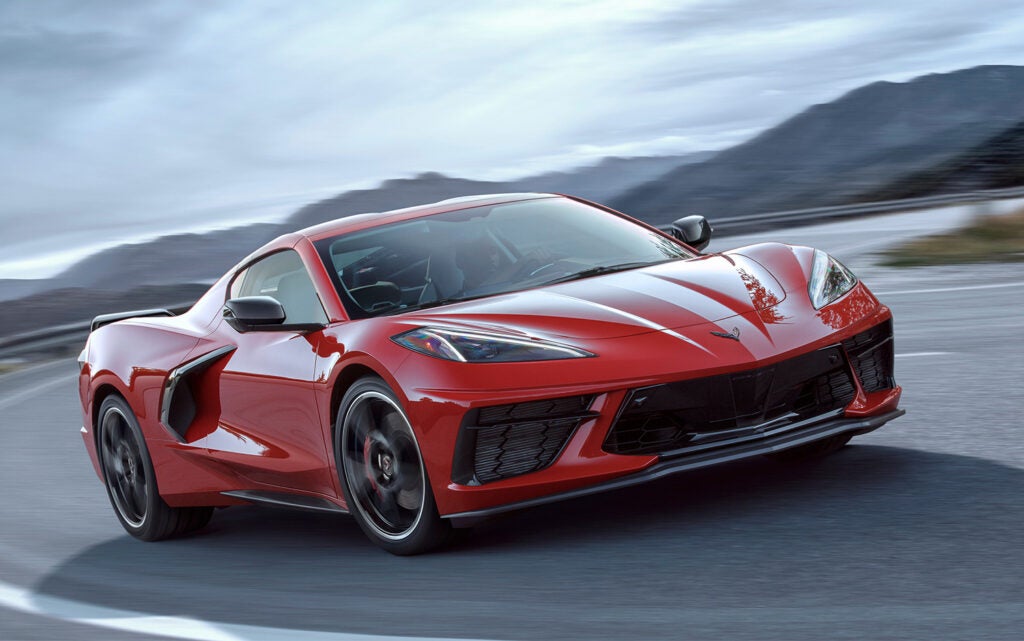 The most radical ’Vette yet.

The outgoing seventh-generation Corvette found the limits of Chevrolet’s front-engine design: All that mass behind the nose can leave the back wheels scrambling for traction, which hampers performance. The answer for the 2020 Corvette Stingray? Put the motor behind the driver, like in a Lamborghini or Ferrari. Putting more weight over the rear axle improves acceleration and handling. Choose the optional Z51 performance package, and the car hits 60 mph in 2.8 seconds. With a starting price of $59,995, the new ’Vette runs with the best supercars for a fraction of the cost. 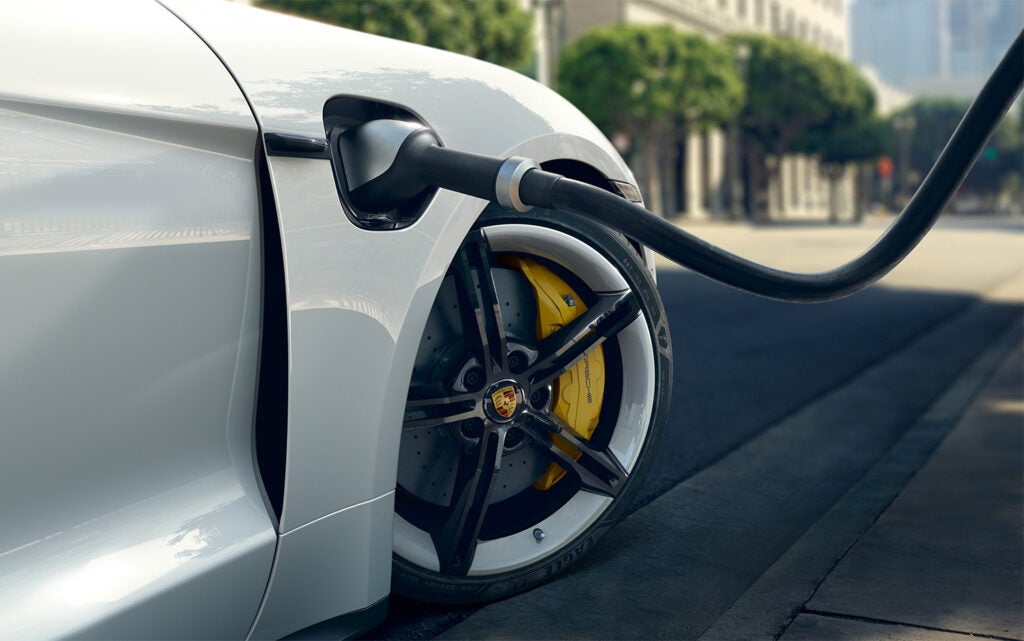 Perhaps the biggest dig against electric vehicles is how long it takes to charge their batteries. The Taycan makes quick work of it with an 800-volt pack, which requires less current than conventional 400-volt ones. Hitting 80 percent takes just 23 minutes with one of Porsche’s industrial-strength chargers—half as long as a Tesla Supercharger. Can’t wait? Four minutes gets enough juice for 62 miles. The sedan’s unique two-speed gearbox helps boost range and acceleration; Porsche claims the car can go up to 280 miles between plug-ins, and hit 60 mph in as little as 2.8 seconds. 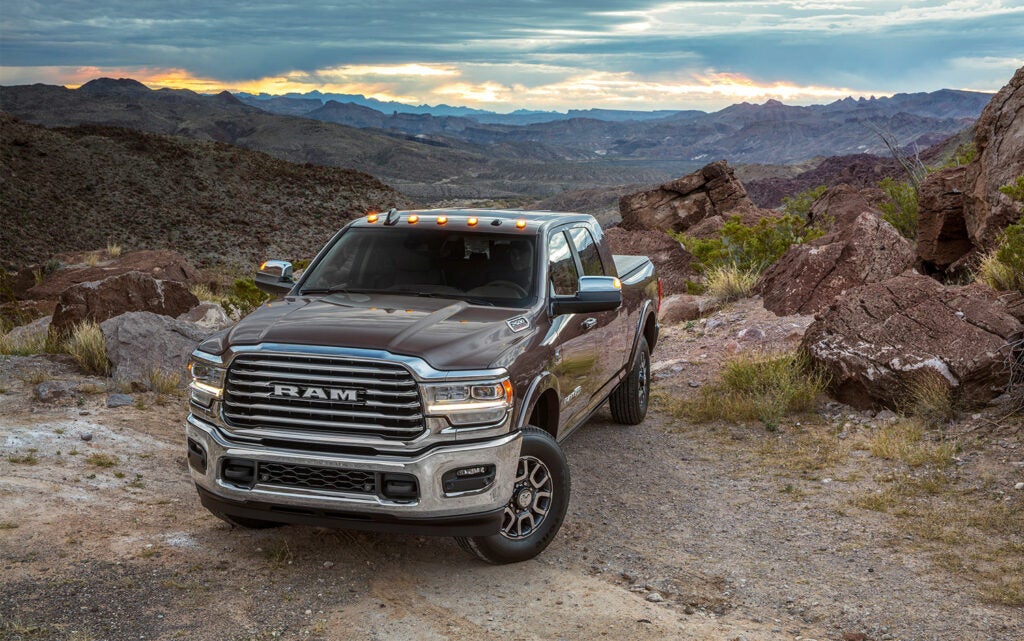 A burly truck with a soft ride.

Heavy-duty pickups can haul stupendous loads, but you pay for it with a rough ride. Why? Because the axles ride on long strips of metal called leaf springs, a design that dates to the days of covered wagons. The Ram instead uses coil springs, which have long let passenger cars smoothly tackle bumps. An optional air suspension makes things even cushier. Its 370-horsepower diesel engine produces a Herculean 850 pound-feet of torque—enough to tow 35,100 pounds (that’s three elephants!) without knocking loose anyone’s fillings.