The moto giant showed off a pair of lightweight electric prototypes at CES in Las Vegas. 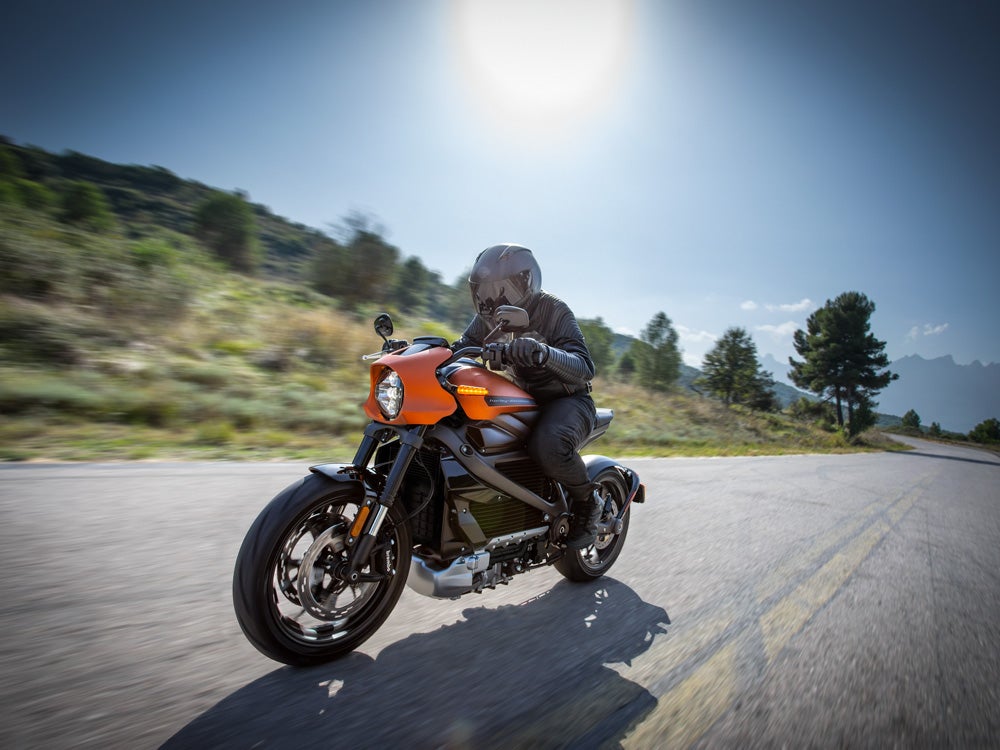 This story was originally published on cycleworld.com.

While a few detractors have publicly wondered if Harley-Davidson’s LiveWire electric motorcycle would ever see production given its long, five-plus-year gestation, Harley addressed that issue at the 2019 Consumer Electronics Show on January 7, 2019. Yes, The Motor Company officially declared, the 2020 LiveWire will be produced, it will cost $29,799, and you can preorder it immediately at the h-d.com/livewire website. Deliveries will begin in the fall of 2019. Additionally, The Motor Company showed two lightweight electric prototypes that hint about what Harley-Davidson electric motorcycles may follow by 2022 or so.

While production and delivery dates have been affirmed, Harley is only slowly filling in the spec sheet for the LiveWire. This announcement didn’t include significant details like weight, power, or battery capacity, but it did include some new information. The LiveWire will be a high-performance motorcycle, with the single-gear-ratio, clutchless machine ripping from a stop to 60 mph in less than 3.5 seconds and topping out at 110 mph, according to Harley.

And while battery capacity wasn’t given, we were told the MIC combined range will certainly be more than 110 miles. The MIC-combined-range rating for electric motorcycles averages range at 70 mph on the highway with the EPA urban-duty cycle range, and the 110 miles strongly suggests the battery in the LiveWire has slightly more than 10 kWh of usable capacity. It also suggests that highway range, at least at 70 mph, might be around 70 miles plus or minus.

Certainly highway range limitations are one of the reasons that Harley-Davidson is positioning the LiveWire as an urban vehicle, best for ripping down city streets or commuting to and from near suburbia. Where DC fast charging is available (more and more places as VW and other auto companies build out public charging networks), the LiveWire can go from a 0 to 80 percent charge in 40 minutes.

The 2020 LiveWire Harley-Davidson displayed is from a small production validation build that it is using for final vehicle testing, and as such has the high polish and refinement expected of a production bike. Notable is a full-color TFT dash that integrates with both your cellphone (for Bluetooth music and on-screen navigation) and an onboard Panasonic-supplied telematics module. The telematics module has GPS and connects with the cellular network at LTE (fast) data speed, and allows Harley to offer the “Harley Connect Service” through an app downloadable to your phone.

The Harley Connect Service app will show you the charge and service status of your LiveWire as well as ping you if any one touches or tries to steal your motorcycle—the GPS tracking will come in handy in that case. Harley Connect Service will be included for the first year of ownership but will have an annual charge for later years. Expect to see this technology show up on other Harleys in the future; there’s no technical reason to constrain it to electric motorcycles.

And while not a lot of machine details were available, a few new facts about the LiveWire emerged. Wheel sizes are 17 inches at both ends, and high-performance Michelin tires will be fitted at the factory—the original 2014 LiveWire prototypes had 18-inch front wheels, but the 17-incher was selected for the production bike for better handling and performance tire availability.

A single, liquid-cooling circuit chills both the electric motor and the power electronics, while the battery of the LiveWire is air-cooled in part by fins on its massive aluminum case. That battery case is structural, mounting to a frame that appears to be bolted together from high-vacuum aluminum die-cast sections that look tubular but aren’t. (Yamaha uses a similar frame on its MT-09 models.) But the most telling thing is just how polished the industrial design of the LiveWire looks. It’s simply an impressive-looking motorcycle, with Brembo brakes and Showa suspension and with none of the kit-bike artifacts that have marred pioneering electric motorcycles from smaller companies.

Harley-Davidson insists that electric motorcycles are going to be a significant part of its future, and the two prototypes it brought to CES in addition to the LiveWire suggest that electric drive technology may bring back truly lightweight, low-cost Harley-Davidsons again. Both showbikes were likely moped-class units, probably with power limited to 1 or 2 kilowatts and top speed to 30 mph. Both had unusual, almost invisible, thin-ring-section headlights—it would be interesting to know if these could actually meet lighting standards or were just showbike gimmickry. (If they work, we’ll bet you’ll see their like on other models.)

Electric power can allow lightweight machines like these to outperform anything with a 50cc engine, and in an increasingly urban world, may open up new markets to Harley. One is clearly the butch electric-moped version of an enduro, while the other is a modern, naked H-D Topper scooter. Whether we’ll ever see either in a Harley-Davidson showroom probably has a lot to do with the feedback Harley receives after CES.