The battery-powered bike will hit 124 mph and is more business jet and than fighter plane. 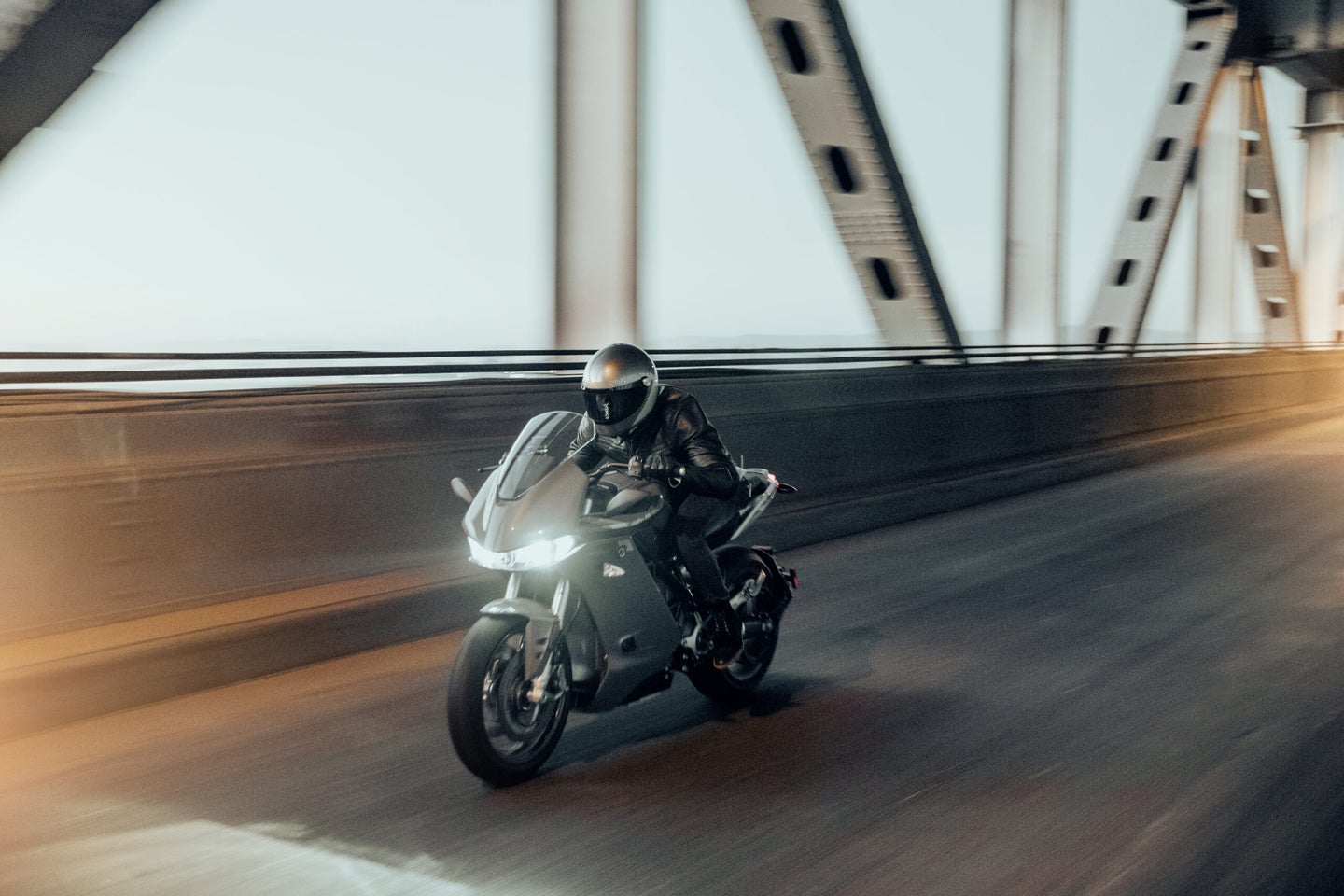 We’re well into the age of electric motorcycles. Harley-Davidson makes the electron-fueled LiveWire, and Damon is eyeing 2021 for delivery of its HyperSport. And today, Zero Motorcycles, which has actually been selling electric two-wheelers since 2007, literally took the cover off its latest bike, the SR/S.

The SR/S is a street bike with a top speed of 124 mph and a city range of 161 miles in its most basic configuration. It’s also the first bike from Zero with a full fairing—the injected-molded plastic components on the front, sides, and belly that make it more aerodynamic.

This new feature isn’t all about efficiency at all costs; instead it offers a more comfortable ride. Using a fairing just to maximize its aerodynamic qualities could, if taken to the extreme, be ridiculous. “The next thing you know, you end up with a bubble bike that is going to give you potentially much more range, but it’s going to look weird,” Abe Askenazi, the CTO at Zero, said during the bike’s unveiling. Their focus, instead, was on “protecting the rider” in a pocket of air and allowing them to have a more pleasant posture. Askenazi says they used computational fluid dynamics—a technique that digitally mimics a wind tunnel—in its design.

Compared to last year’s SR/F bike, this latest machine allows the rider to sit in a more upright position, with their feet lower. The range of the new machine is the same as the SR/F, meaning that the boost in aerodynamics is canceled out by the fact that you can sit more comfortably. Still, Zero claims that if the driver wants to hunch down for a lower profile, that sleeker position will boost the range by 13 percent when traveling at 70 mph.

“Motorcycles tend to be really inefficient aerodynamically,” Sam Paschel, the company’s CEO, says. That’s because the air is hitting the rider’s torso, a problem that only intensifies the faster you go; this more streamlined bike improves on that problem. Zero also has to ensure that the moving air could still cool the components like the motor and batteries, which it accomplished by “ducting the air in.”

Paschel turns to an aviation metaphor to characterize their new bike: if a more aggressive ride like the SR/F provides a rougher fighter-jet experience, the new bike is more of a business jet. “It’s just fundamentally a much more pleasant ride,” he adds.

The bike, which also boasts a cellular connection for software updates and a Bosch Motorcycle Stability Control system, goes for about $20,000. A premium variant will cost $22,000.