This street-legal electric motorcycle is Swedish minimalism on two wheels

The latest from Cake, a Swedish ebike company. 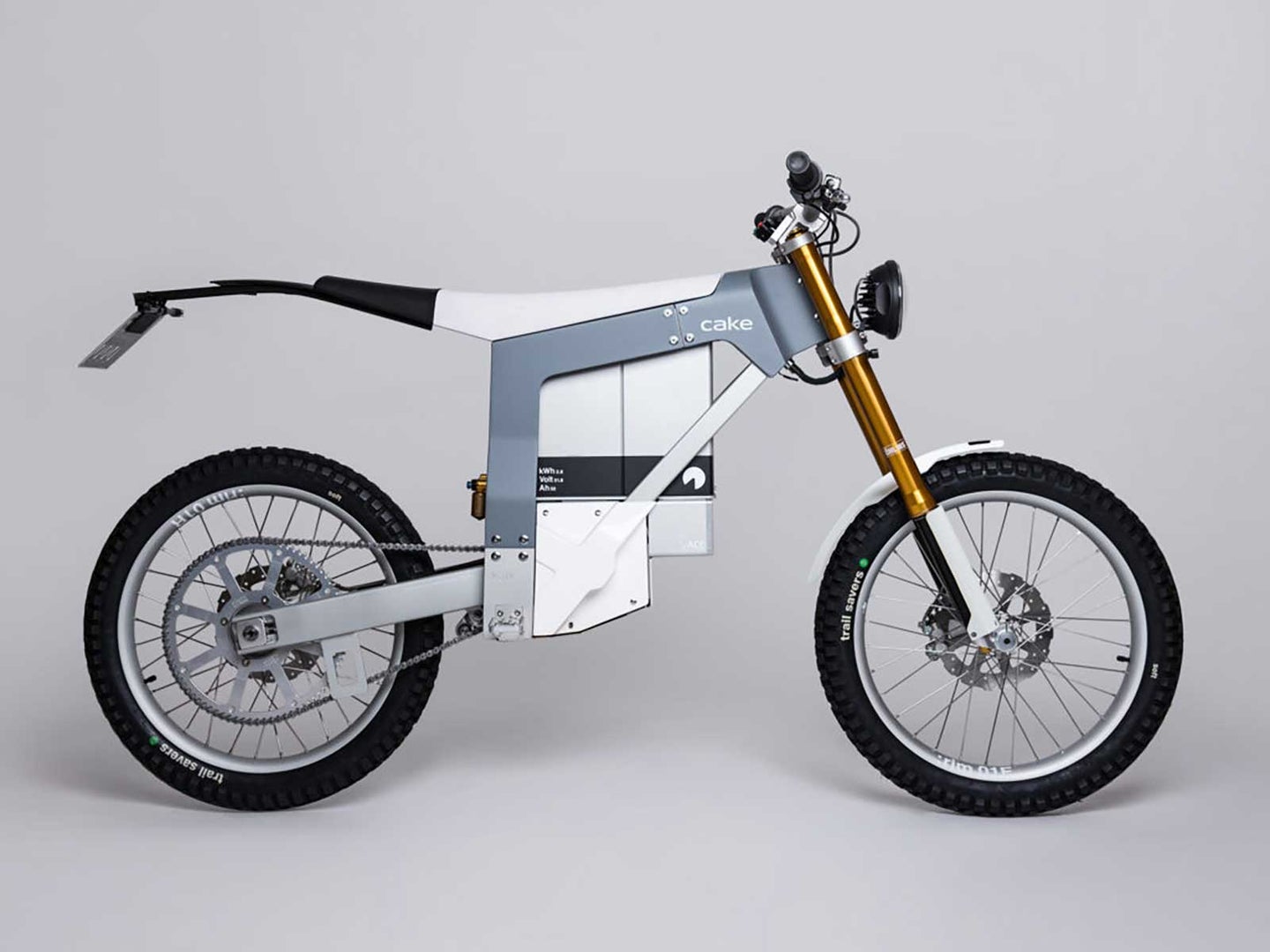 The street-legal Kalk& (and) will launch with full specs and sales price in March 2019. Cake
SHARE

This article was originally published on Motorcyclistonline.com

Cake, a Swedish company focused on developing light, electric motorbikes, has revealed its first-ever street-legal machine called the Kalk& (and). It debuted at the Outdoor Retailer Show in Denver, a fitting location considering Cake’s downhill and enduro mountain bike influences.

This is just an introductory launch however. The full sales launch with final sales price, complete specs and estimated availability will be in March of this year.

We do know that the Kalk& (and) is a close sibling of the Kalk OR, which was released in January 2018. The OR model is an off-road bike with a 51.8-volt, 2.6-kWh battery, Öhlins suspension front and rear, aluminum frame, three ride modes, carbon-fiber body elements, and a 2.5-hour charge time to full in a standard outlet.

The Kalk& (and) looks extremely similar to the Kalk OR, but Cake stresses that the components of the new street-legal version were “developed from scratch to support the category.” That includes changes to the chassis, suspension, drive train, wheels, and tires among other elements. It also carries a faster top speed, providing a claimed 100 kph (62 mph). The Kalk OR only reaches an estimated 46 mph, for reference.

Here’s what Cake founder and CEO Stefan Ytterborn had to say about the new offering in a company release:

“Bringing a high-performance, electric off-road bike to the market, and making it street legal, is an important step for us at Cake, inspiring people toward zero emission, combining responsibility and excitement. It’s the perfect commuter tool, while serving its users with thrill and fun, during weekends and vacations.”

It’s a really interesting idea and the clean, minimalist look of the thing is appealing too. For riders who don’t want a fully fledged motorcycle, preferring something lightweight to tool around town with, this will be perfect.

While we don’t know the final price yet, we do know that interested customers can lay down $200 to reserve a preorder unit. We don’t expect the remaining balance to be cheap however, since the Kalk OR prices at $13,000.

And if you’re wondering about the name, Kalk is derived from the word kalksten, the limestone that forms the bedrock of Gotland, a Swedish island where Cake does its testing. The “& (and)” portion is meant to symbolize the “next phase in evolution of the Kalk.”