Does how you break-in your new motorcycle engine really matter? 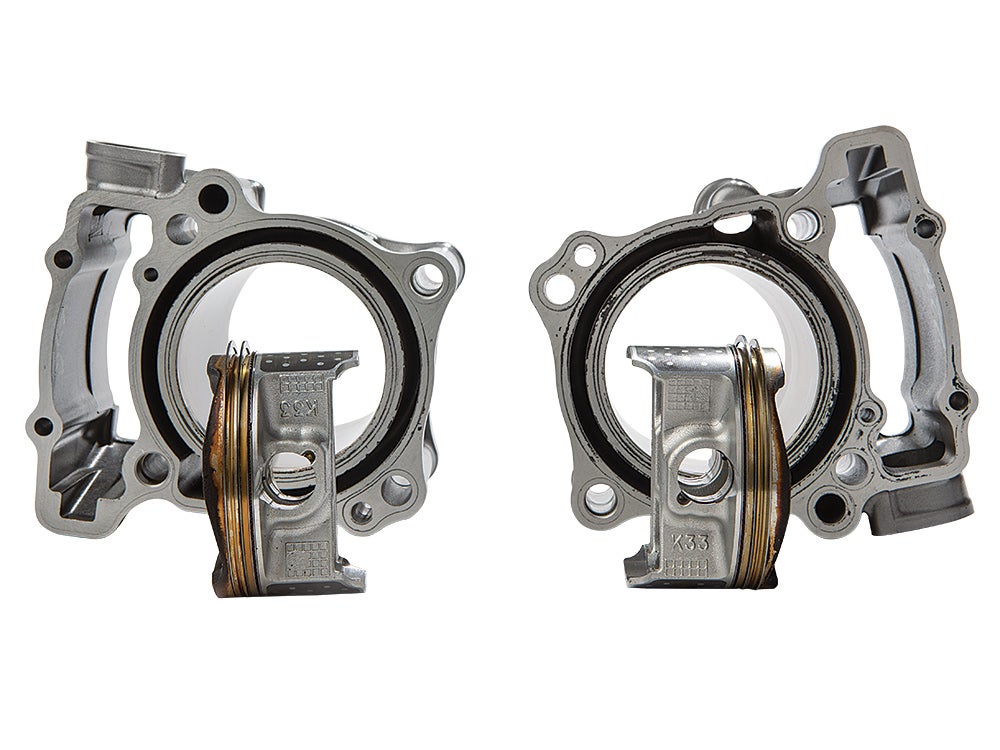 This article was originally published on Motorcyclist.

Your owner’s manual likely recommends a 600-, 1,000-, or even a 1,500-mile break-in process where you limit throttle angle and revs, and constantly vary engine speed so that all those new internal components can get to know each other. For a new-bike owner, it’s a slow, grueling march toward your first service. But do you need to bother with all those baby steps? There are riders who claim a gentle break-in is a waste of time and that you’re better off riding it like you stole it from the second you leave the lot. So, which is it?

Your new engine’s internals have microscopically rough surfaces that need to rub against their counterparts to bed-in, and that happens during the first miles of use. Once the components are polished smooth by wear, there’s less friction, better sealing, and you’re ensured good power, fuel economy, and reliability.

There are a lot of sliding and rotating parts within an engine, but what everyone gets riled up about when discussing engine break-in is the seal between the piston rings and cylinder walls. And rightfully so. Ring seal is the key condition that’s going to affect performance and longevity.

We rebuilt two used Honda CB300F engines with new top-end parts and broke them in differently over the course of 1,000 miles.

We installed the first engine and followed the factory break-in procedure per the manual, which meant painstakingly limiting and varying throttle, and slowly ratcheting up the revs. We gave the second engine a few moments to warm up before subjecting it to plenty of hard acceleration and heavy use.

There was hardly a discernible difference between the two engines once we tore them down. The compression and leakdown numbers were stellar and identical on both motors (235 psi and 4 percent, respectively), and all the measurements of the internal parts, including the piston diameter, cylinder diameter, piston-ring end gap, and valve clearances, were all within spec and in line with each other. The only real difference was that the ring end gap was a few ten-thousandths of an inch wider on the second engine.

Was this a scientific and comprehensive test? Hardly. We had a sample size of two and only subjected the engine parts to the most fundamental mechanical analysis. But our test revealed that—for this particular engine—there doesn’t appear to be a night-and-day distinction between break-in methods.

That being said, taking it easy with a new bike is still a good idea. Even if your motor doesn’t technically need a stringent break-in, there are lots of good reasons to give yourself and your bike a day or two of gentle riding to shake things out. You need to scrub-in those new tires, bed-in the brakes, and get familiar with how your new bike turns, handles, shifts, and stops. But at least you’ll know that you aren’t causing any harm by opening up the throttle on the way home.