Top picks from the editors at Cycle World. 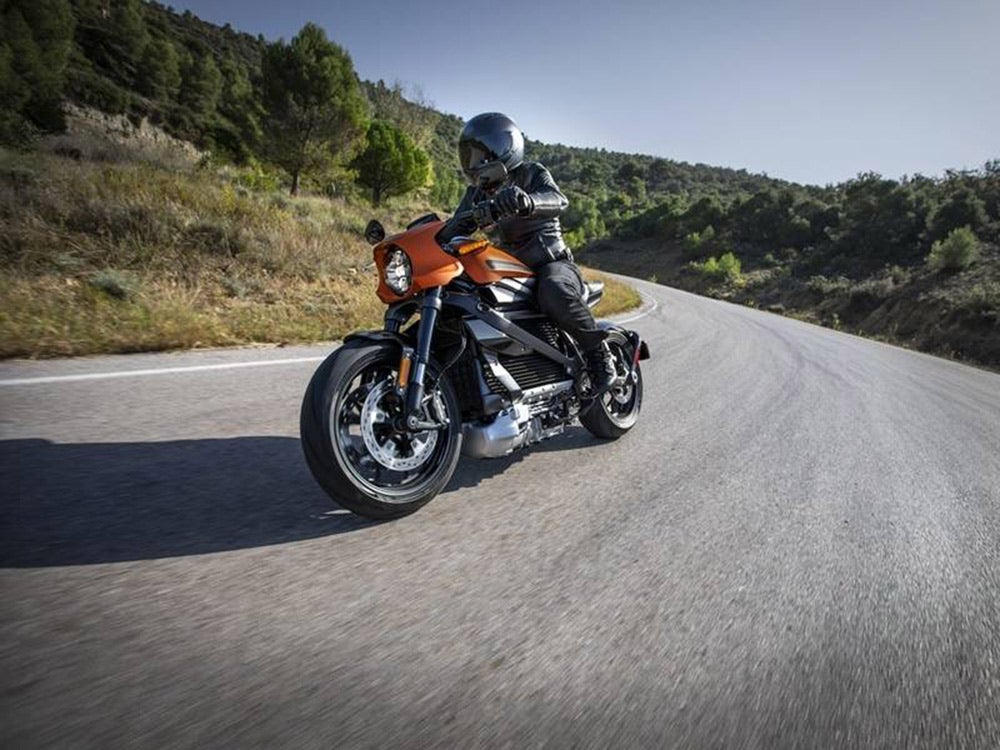 This article was originally published on Cycle World.

Once all the new models have been unwrapped at EICMA and Intermot, it’s time to start looking forward to another year of testing, riding, and comparing. Right now, they’re all good motorcycles fresh off their press release blasts. But as the year unfolds, we’ll see which ones don’t live up to the hype, and which ones shine beyond their spec sheets. Of course, 10 models don’t cover everything for 2019, so drop your favorite in the comments. For now, let’s look at what we believe are the most compelling bikes for 2019. 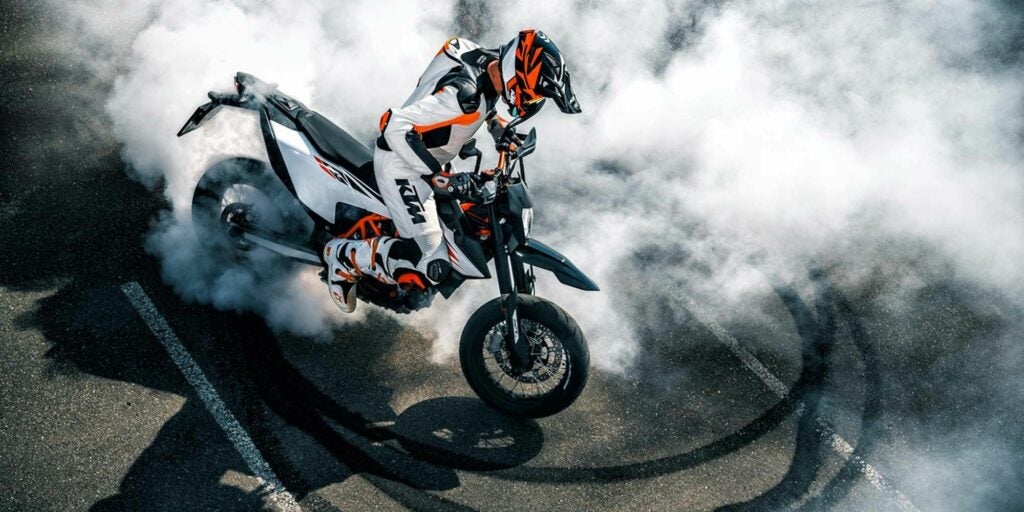 Your license has met its match. The KTM 690 SMC R is coming back to the United States.

For 2019, KTM is bringing the 690 SMC R back to the United States, wheelie fiends rejoice. It comes packing much of the componentry we enjoy in the Husqvarna 701 Supermoto. The engine is the same double-balancer 692cc liquid-cooled single found in the 701 Supermoto and Enduro, and we’d bet our lunch money that output is identical as well at a claimed 75 hp and 53 pound-feet of torque.

With the new motor, there’s also the inclusion of the up/down Quickshifter +, Sport and Street ride modes, cornering-sensitive motorcycle traction control (MTC), and cornering ABS with Supermoto mode. However, it’s not just a twin to the 701, the 690 SMC R is packing an all-new WP Apex suspension

Small changes aside, it’s always awesome to have more factory supermoto options, and welcome a return for a bike that helped define the segment. What would you like to see from a review of this bike?

Not much is known about the Harley-Davidson LiveWire. The Motor Company previewed a (“production-ready” LiveWire at Milan’s EICMA Show, and confirmed again it will be released in 2019 as a 2020 model. It is also the same model ridden at the 115th Anniversary Celebration last August.

Power, range, weight, and price are all still mysteries, but we did learn the LiveWire will be packing some serious componentry. It appears to be Level 2 charging capable, has the latest Showa suspension, 300mm Brembo brakes, cornering ABS system, traction control, and a TFT dash. All signs point to a premium, and tempting, electric option—and one of, if not the best-looking electric motorcycle to date.

This is on the list as not only an exciting electric motorcycle to ride, but an exciting motorcycle, period. What are you looking for from the Harley-Davidson LiveWire? 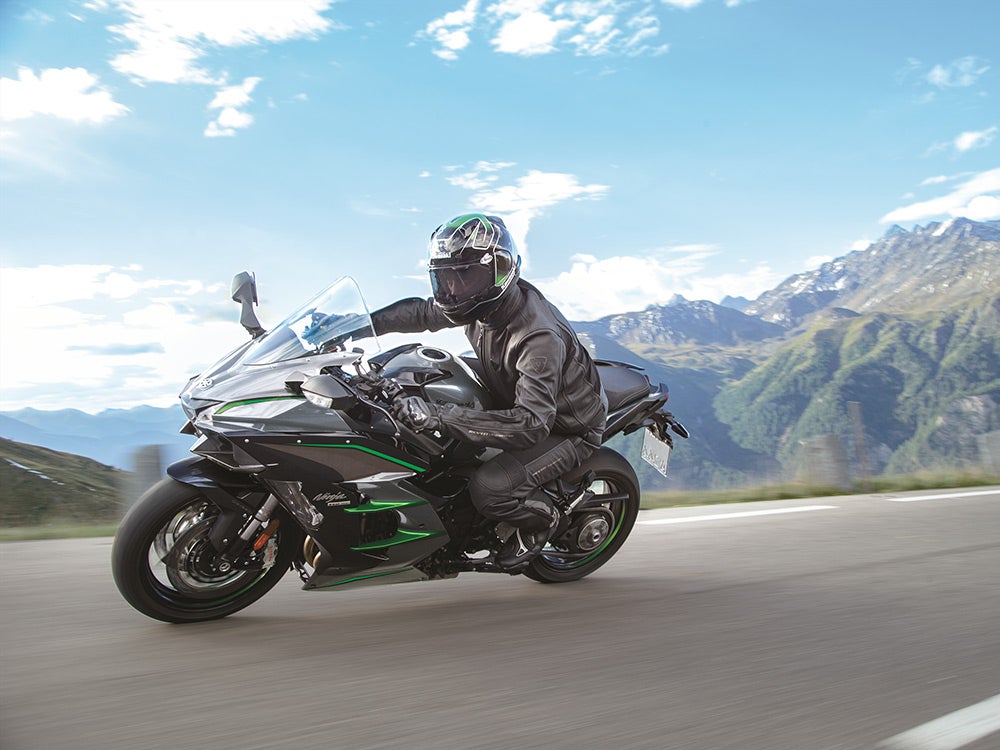 We really could have put the entire Kawasaki H2 lineup in this listing. For 2019, Kawasaki threw a treasure chest of tech at its hypersport offerings and expanded the lineup with more models than ever, but it’s the H2 SX SE+ that has us most intrigued.

In Kawasaki’s opinion, this new model offers, “an unrivaled level of performance and comfort, with agile handling akin to its superbike counterparts.” We say, we can’t wait to find out. 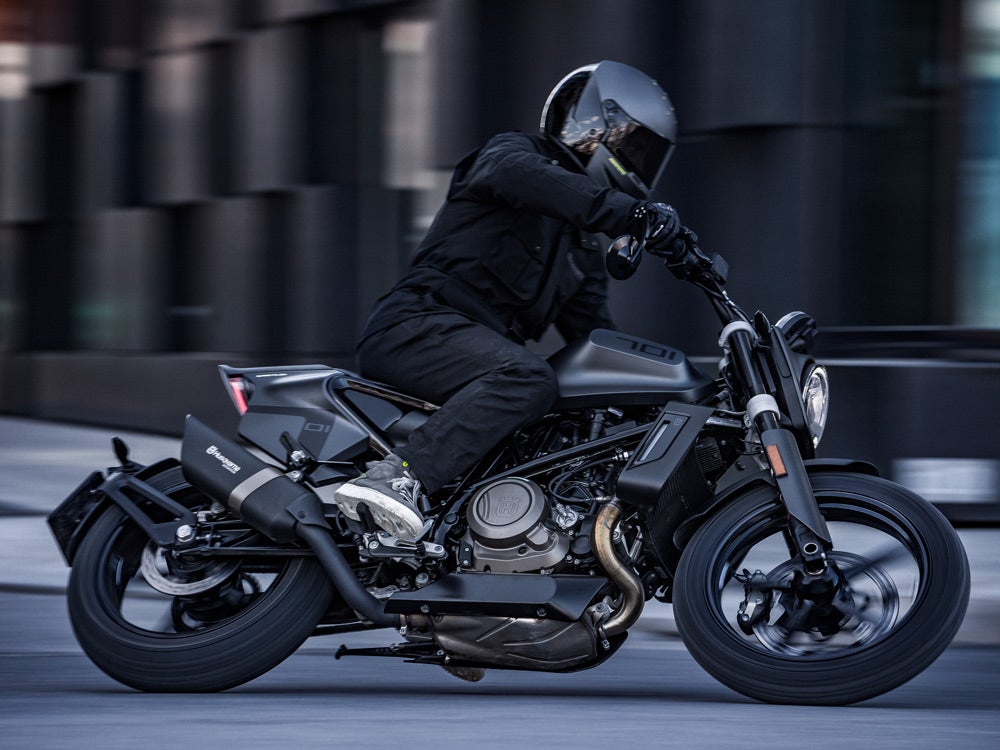 Last year, Husqvarna nearly made the list with its neo-retro café, the 701 Vitpilen. However, Husky is now firmly on the board with its flat-track-inspired Svartpilen 701.

The two have most of the same components, but the ride will be quite different. The chromium-molybdenum steel trellis frame is identical. The engine is the same double-balancer 692cc liquid-cooled single found throughout the lineup, and still outputs a claimed 75 hp and 53 pound-feet of torque. The WP suspension is the same, as are the Brembo brakes. But the addition of bars and more rugged look make this a more attractive option, at least initially.

With a revised tailsection, headlight mask, Pirelli MT 60 RS tires, and a more upright riding position, the Svartpilen looks like a proper street brawler, and one rowdy commuter that won’t be uncomfortable in the process. Does this bike have you excited as much as we are? 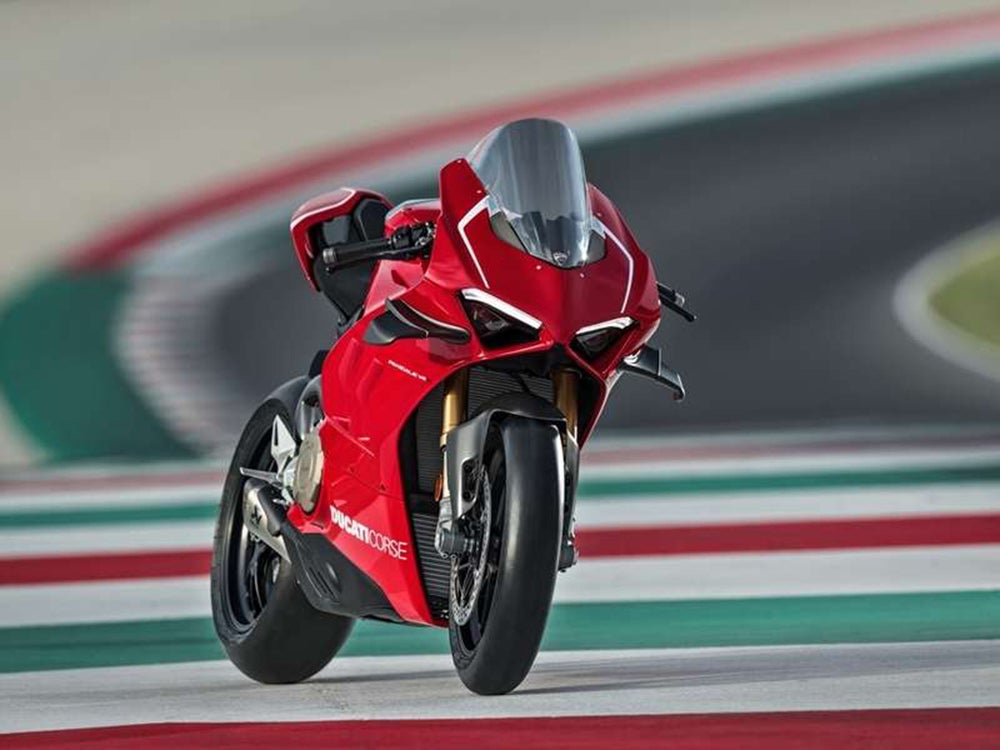 It’s shaping up to be an incredible year if you’re in the market for the ultimate in superbike performance, and the Ducati Panigale V4 R may be the most premier of the lot. For one, this is Ducati’s homologation special to go toe to toe in World SBK and bring a championship back to Italy. So it’s got a pretty big mission ahead of it.

To accomplish this, it features a 998cc version of the 90 degree V-4 that generates a staggering 221 hp at 15,250 rpm, and 234 hp with the optional Akrapovic racing exhaust system. It’s equipped with non-electronic Öhlins suspension and Brembo Stylema brakes, along with the full suite of Ducati electronics. And, of course, MotoGP-derived winglets on the fairings.

The price tag is just shy of $40,000 dollars, but this is the razor edge of superbike performance, and a truly staggering package available from a dealership floor. Can’t wait to ride this one. 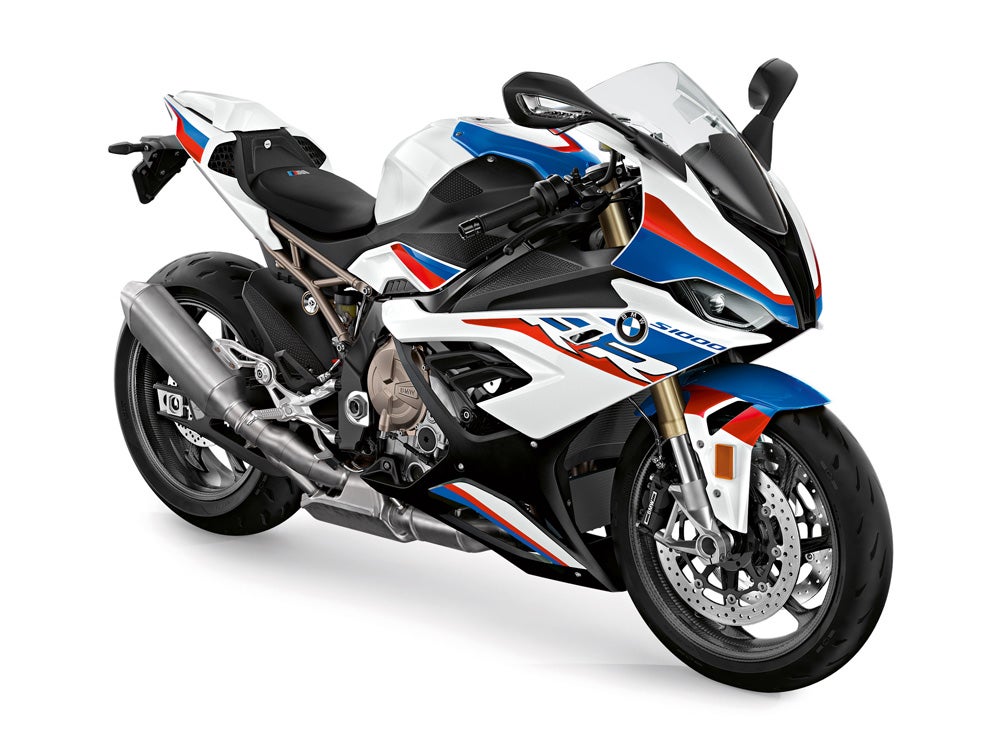 The ground-up redesign for the S1000RR could catapult BMW to the pointy end of the literbike class.

The other superbike at EICMA should not be ignored however. The BMW S1000RR is a confirmed ground-up redesign for 2019, and is looking to take both the attention, and podiums away from its Italian and Japanese rivals.

Power is touted as 205 hp from an all-new, ShiftCam-equipped 999cc inline-four (up 6 hp from the previous iteration) and 84 pound-feet of torque—with BMW promising peerless throttle response and tons of midrange punch. The whole motorcycle is slimmer, lighter, and features semi-active suspension in a package that is sure to be more exploitable than ever before.

The BMW S1000RR moved the goalposts for the superbike class upon its debut, and the impact of this bike has us excited for a full test, and we’re sure it has its rivals worried. Will it have enough power to satiate the spec-racers among us? 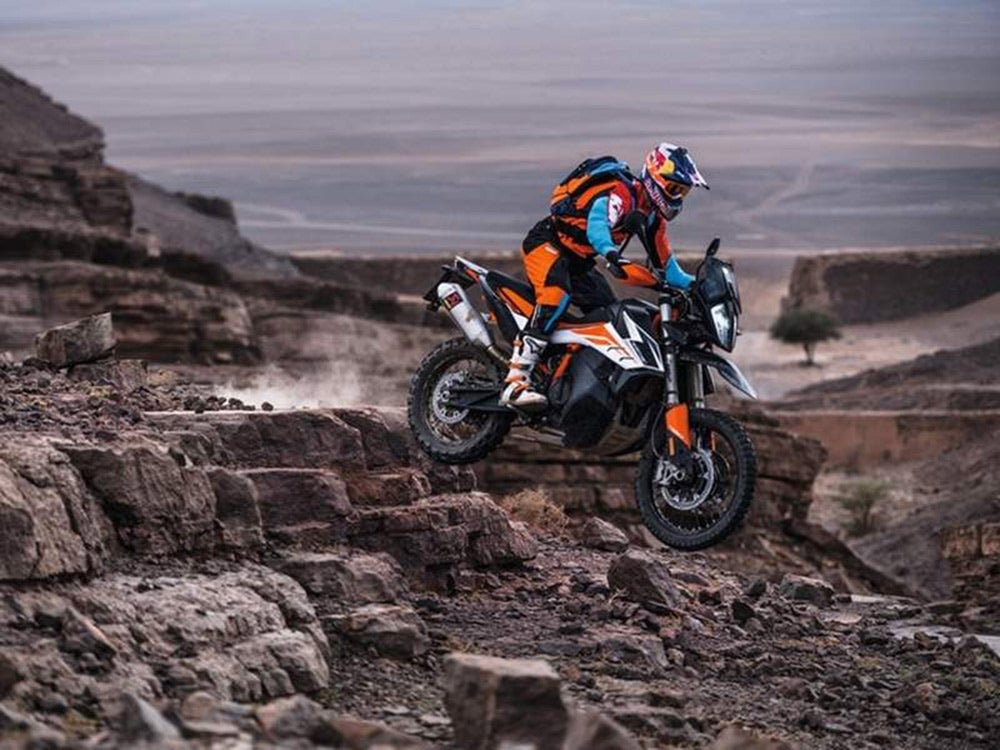 KTM took the oxygen out of the room with the announcement of the KTM 790 Adventure and Adventure R. These middleweight ADV entries will have a crowded field to navigate, but unlike the other bikes on this list, we’ve already gotten a peek at what’s in store—and like it.

They come ready to rumble with the LC8c powerplant out of the 790 Duke, premier WP suspension components (fully adjustable on the R), and a bevy of tech. Lean-sensitive traction control, four adjustable riding modes of Street, Off-road, Rain, and Rally, Motorcycle Slip Regulation (MSR)—all standard.

It’s a competitive segment, and KTM looks to be continuing its assault on the off-road space with a total package of the 790 Adventure and Adventure R. However, we’ll have to await a full test to see if they live up to the hype. 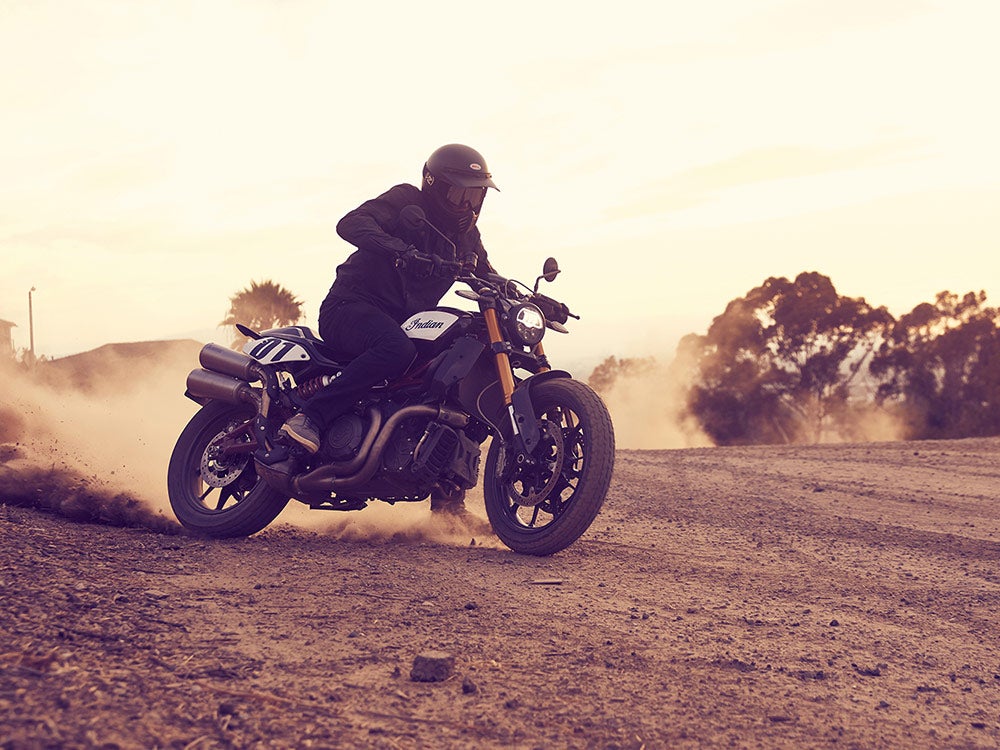 We’ve already briefly ridden the FTR 1200, but all eyes are on the FTR 1200 and FTR 1200 S for a comprehensive road test. With flat-track-derived looks and heavily revised Scout motor belting out a claimed 120 hp, Indian Motorcycle is looking to capture hearts and sales from Harley-Davidson with its new street tracker.

During our initial ride, we remarked that the FTR 1200 is dripping in its own model-specific parts and components to create a machine wholly different from the Indian Motorcycle lineup. At EICMA, Indian debuted an extensive lineup of accessories, and curated them into four unique packages for the FTR, showing the flexibility and individuality of the platform. And, yes, it showed that you will be able to get high pipes for the FTR.

It’s a performance, American standard motorcycle, with seemingly few corners cut to get there. We’re excited to ride not only the standard models, but also take the accessory packages for a spin. What will the FTR 1200 and 1200 S have to do to live up to the hype in your opinion? 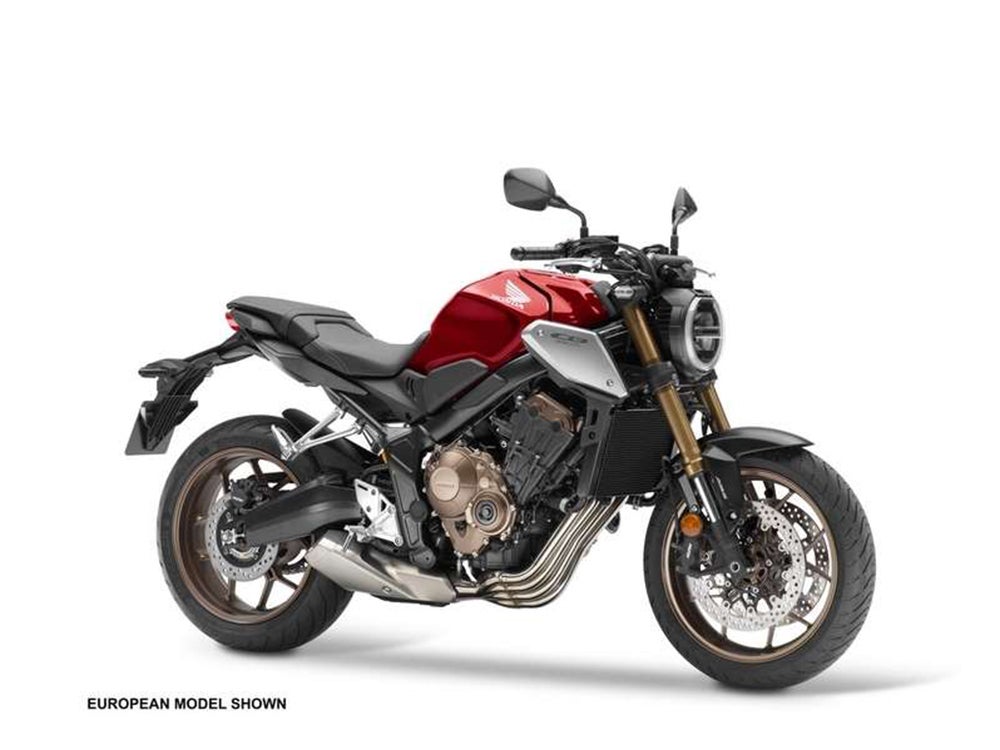 This is the sleeper hit of EICMA. The CB650R replaces the competent but dowdy-looking CB650F. With the transition, the CB650R transforms into a neo-retro stunner, with sharp lines, upgraded components, refined quality, and a clear relationship between its larger CB1000R and smaller CB300R siblings.

Underneath its looks are a revised 650cc inline-four powerplant with 5 percent more power, an inverted 41mm Showa Separate Function Fork (SFF), a lighter and stronger frame, and a keen eye taken toward engineering evocative engine sounds.

In a field that has largely abandoned the four-cylinder engine, Honda now finds itself with a unique engine option in a field of twins. The components are upgraded, and there’s a fair amount of electronics as well. This may be a surprising hit among riders and fans. 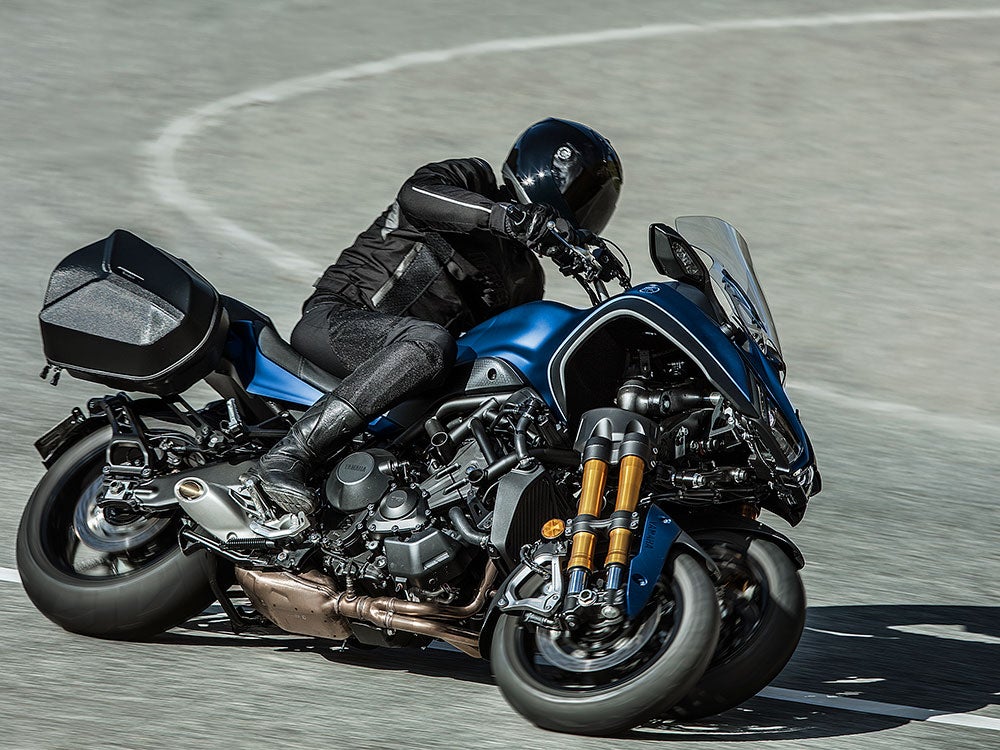 Why would a three-wheeler make it on this list? Well, for one, it’s classified as a motorcycle. Secondly, with our initial ride on the Niken we found it offered a riding experience unlike any other, and can still do wheelies to boot. With the Niken GT, we’re intrigued to see how slight changes to make it more touring ready can enhance the motorcycle.

The Niken GT takes the stated aim of the Niken and adds content to make it more touring friendly. Namely, the Niken GT adds a wider and taller touring windscreen, heated grips, specifically designed comfort seat, and quick-release 25-liter ABS side cases. For added convenience, the rear of the carrier base features integrated passenger grips.

Yamaha added largely tweaks and features to its existing lineup for EICMA 2018, but the Niken GT is an interesting take for the expanding sport-touring class. 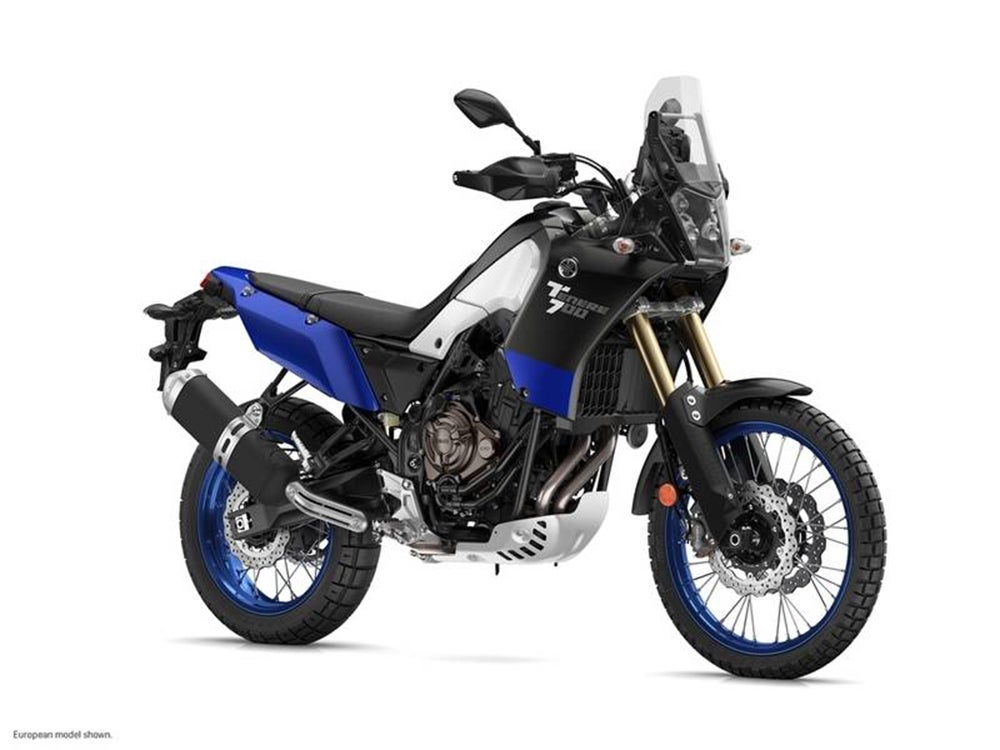 Yamaha made more news for what’s not happening in 2019 than what is happening. Instead of giving us the middleweight contender of our dreams this year, Yamaha announced the 700 Ténéré would be making its debut in, wait for it, 2020—as a 2021 model.

Release date aside, the production version underwhelmed on the spec sheet, with an LCD dash and not much mention of any electronic gadgetry. However, the wheelie-happy and torque-laden MT-07-derived motor is still there, and the looks are seemingly ripped right off Yamaha’s rally racers, which is a good thing.

However, the disappointment was palpable, and left adventure fans scratching their heads as Yamaha’s competitors clinked glasses of champagne in celebration. What’s it going to take for the 700 Ténéré to not underwhelm on its debut, and is the lack of technology potentially a good thing for the ADV space?