These motorcycles look intimidating but are actually easy to ride

Menacing machines with a soft side. This article was originally published on Motorcyclist Online.

It’s a great era to be a motorcyclist. Bikes are faster, more powerful, safer, and more refined than ever. And they come in all shapes and sizes. That means even the gnarliest machines out there can be surprisingly, paradoxically, wonderfully easy to ride—in spite of gaping ram air ducts, huge horsepower numbers, and evil-sounding exhaust notes that would suggest otherwise.

However, none of these motorcycles are for beginners. I can’t stress that strongly enough. Don’t confuse “easy to ride” with “suitable for novices.” With this batch of bikes, “easy to ride” means their mechanical and electrical refinement make them highly competent and confidence-inspiring—for riders who know what to expect when they open the throttle.

And if you’re keeping score, one of the bikes here just looks menacing. But looks can be deceiving. Which is maybe all we’re trying to say in the first place. 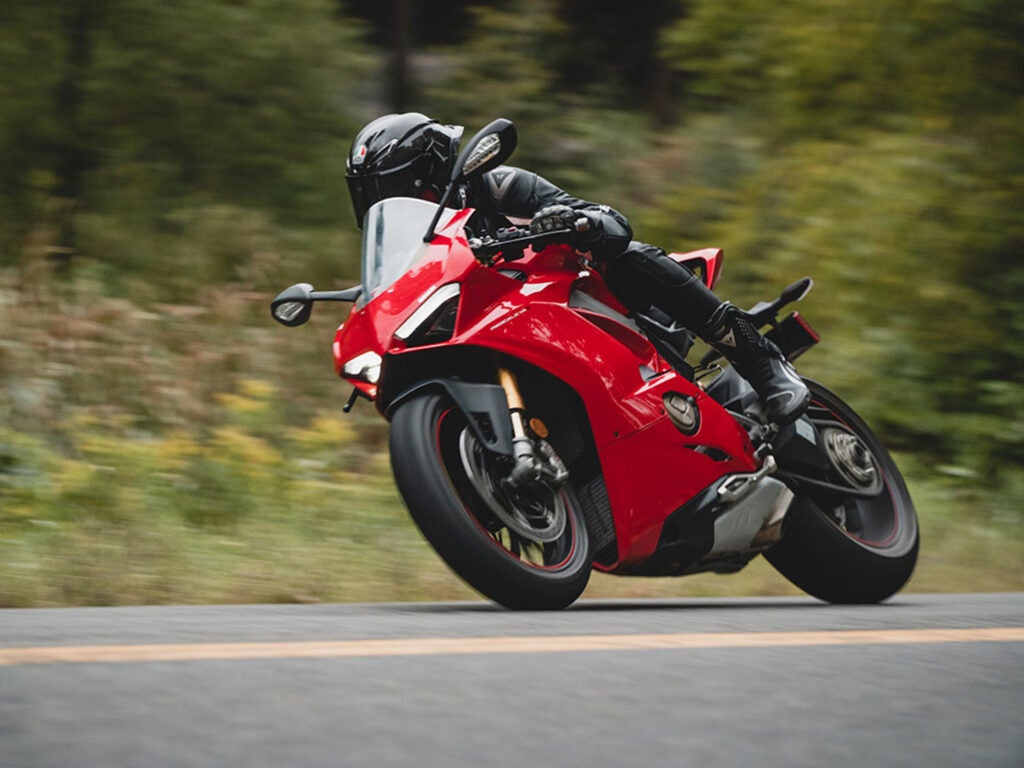 With a claimed 214 hp at the crank, Ducati’s V4 superbike is a fire breather. It’s a motorcycle that demands respect. But unlike performance machines from the 1970s that had feeble brakes, bias-ply tires, and chassis unable to cope with substantial power output, the Panigale V4 S’s fury is contained and controllable. Smarter-than-you electronics (assuming you let them do their job) will prevent you from flipping the thing backward or locking up the front in a panic. Safety nets aside, the V4 S is one of the easiest bikes to ride because it’s so freaking good. Even when you’re going faster than you would on another motorcycle, you have a greater sense of mastery. 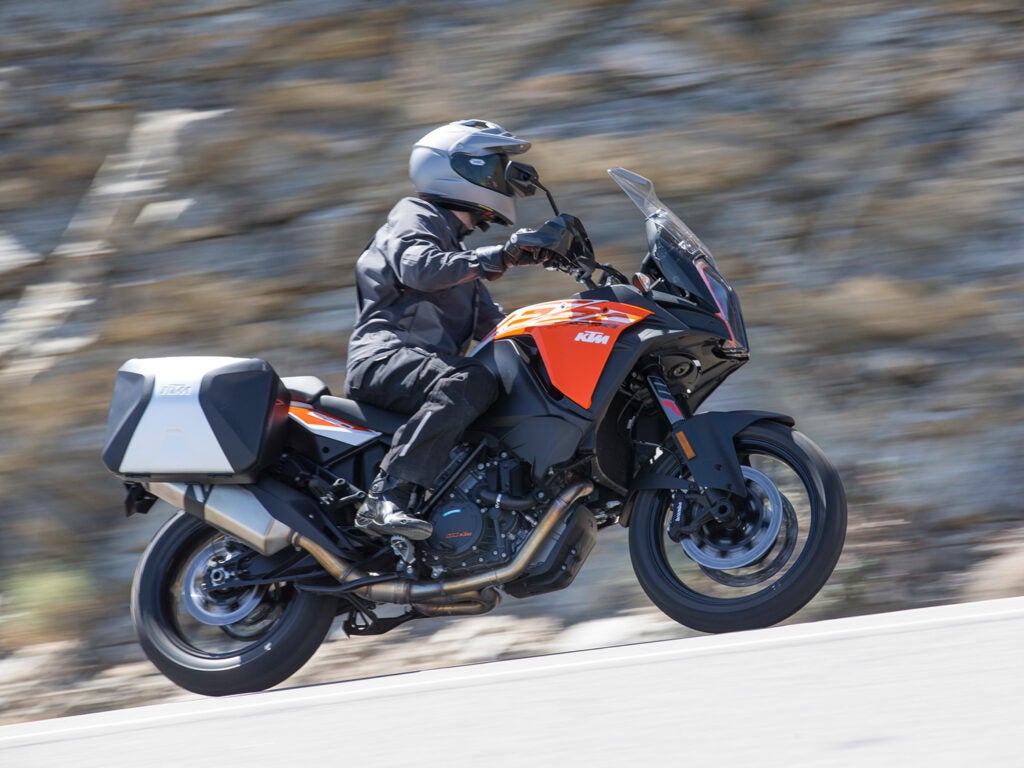 We think the KTM’s LC8 V-twin engine is one of the best motors on the market.

KTM’s big ADV-tourer is intimidating just to swing a leg over on the showroom floor, but underway its size disappears. With 158 hp at the crank (or 128 hp at the rear according to our dyno), and seemingly endless amounts of torque (85 pound-feet on our dyno), the SA has an engine that can be rightly called a force of nature. The thing is, it’s paired with one of the most delicately precise gearboxes on any motorcycle produced. And that’s sort of indicative of the 1290 SA in general. It may seem more Mr. Hyde—and it can be when you want it to be—but precision engineering and overall refinement mean it has the bedside manner of Dr. Jekyll. 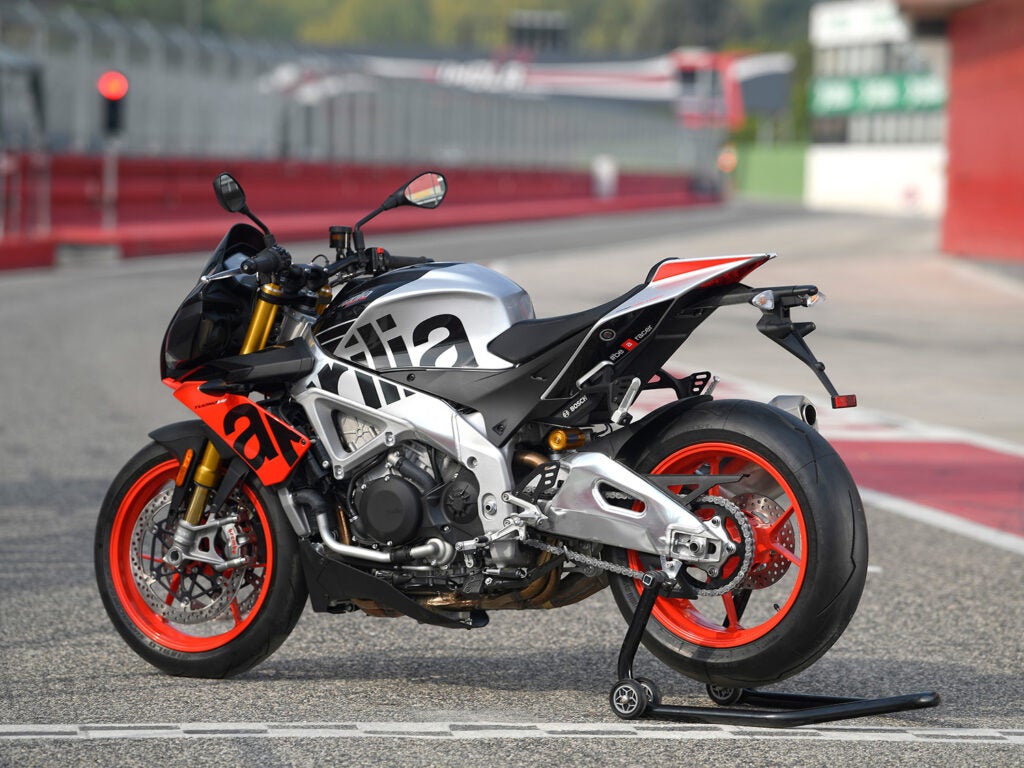 The consensus is the Aprilia Tuono V4 1100 is one of the best performance bikes around. It’s a good candidate for representing what makes performance bikes so rideable these days. It may be brutally fast, but it’s also incredibly refined. Three engine maps, eight levels of traction control, and ABS that senses lean angle and lever pressure all look after the rider. It even has cruise control. Never has intimidating power and look-after-you control been so appealing. 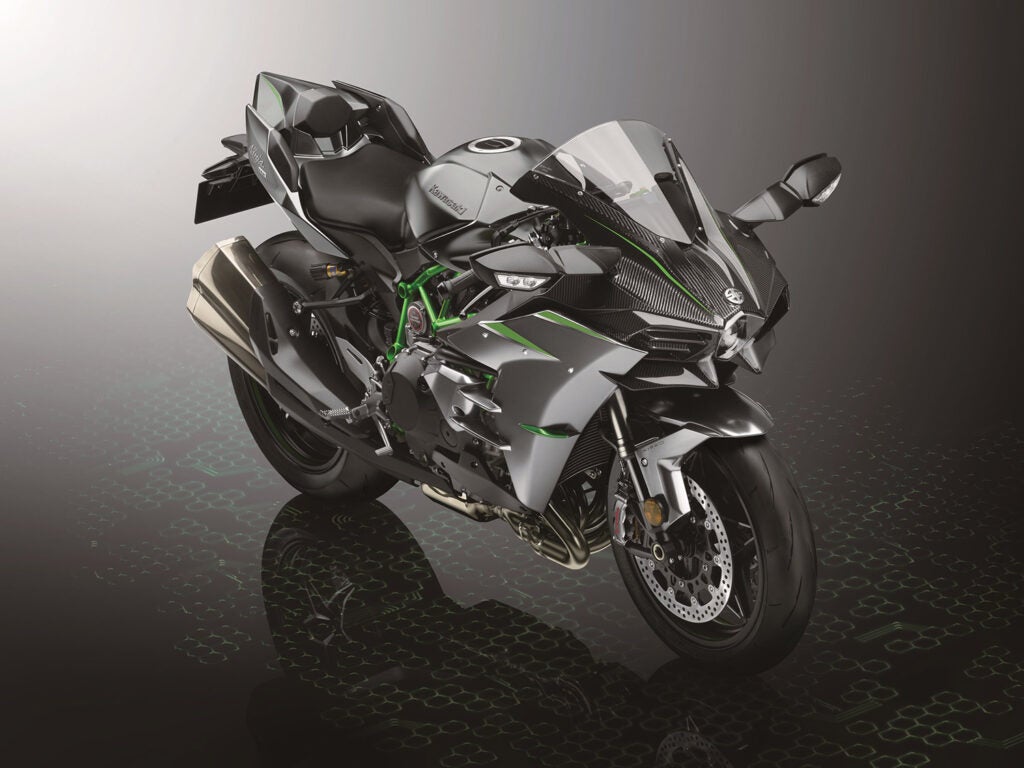 When we’re talking about a supercharged 998cc inline-four with an honest-to-goodness 190 hp at the rear wheel, calling it “easy to ride” is a pretty subjective assessment. It’s all a matter of perspective. Compared to entering the ring with a Muay Thai champion while you’re wearing a blindfold and nursing a bum knee, riding an H2 isn’t so terrifying. And compared to the original Kawasaki H1 two-stroke triple, it won’t try to kill you midcorner. Yes, the H2’s power output means it’s a violent thing by its very nature, but unlike it’s famous predecessor, its chassis can cope with it all. Sister magazine Cycle World‘s EIC Mark Hoyer points out you could live with the thing everyday. Still, calling it easy to ride may be a stretch. 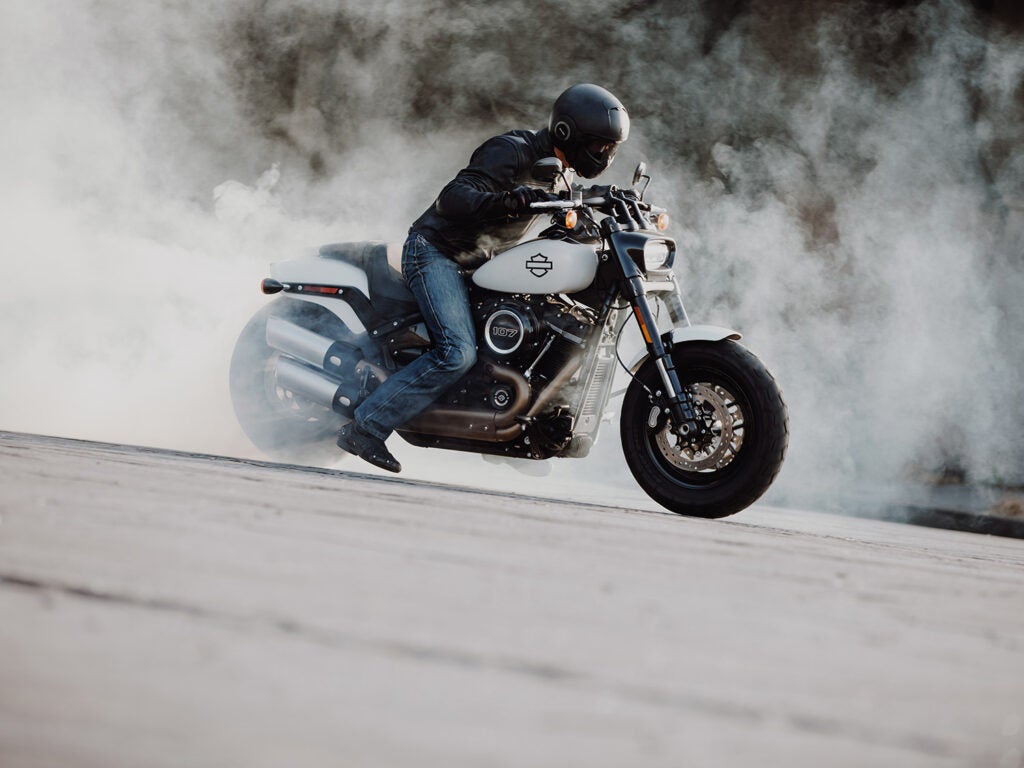 This is what those fat tires are good for.

For those who know a thing or two about motorcycles, the Harley-Davidson Fat Bob’s Big Twin and brutish looks aren’t fooling anyone. The Fat Bob is no untamed steed. Show up to your neighborhood picnic, however, and the cornhole and macaroni salad crowd will probably think that its loud pipes (presumably aftermarket items, since the stock numbers are pretty tame) and the bar-and-shield badge on the tank make you someone who stares death in the face every time you saddle up. In reality, the Fat Bob is easy to ride. Its massive 150/80 bias-ply front and 180/70 radial rear tires make for vague, understeer-y handling, but other than that, it’s eager to please. But no one has to know that. 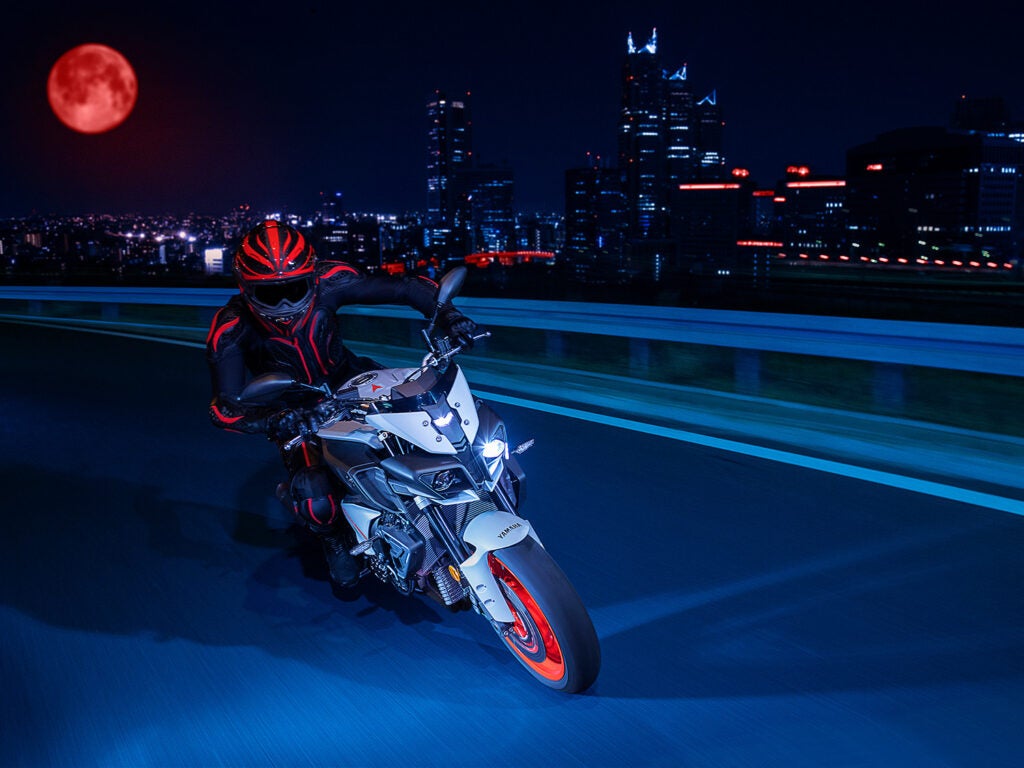 When a bike looks like the love child of Johnny 5 from Short Circuit and the eponymous character from Alien you know the manufacturer is trying to make a statement. Yamaha’s MT-10 doesn’t exactly look friendly. Like the Tuono, it’s based on a superbike—in this case, Yamaha’s YZF-R1—which means its performance can back up its aggressive stance. However, the 998cc crossplane inline-four is tuned for the road, which automatically makes it friendlier than the committed, track-focused R1. The MT can be as mild mannered as you like. Let your wrist decide. 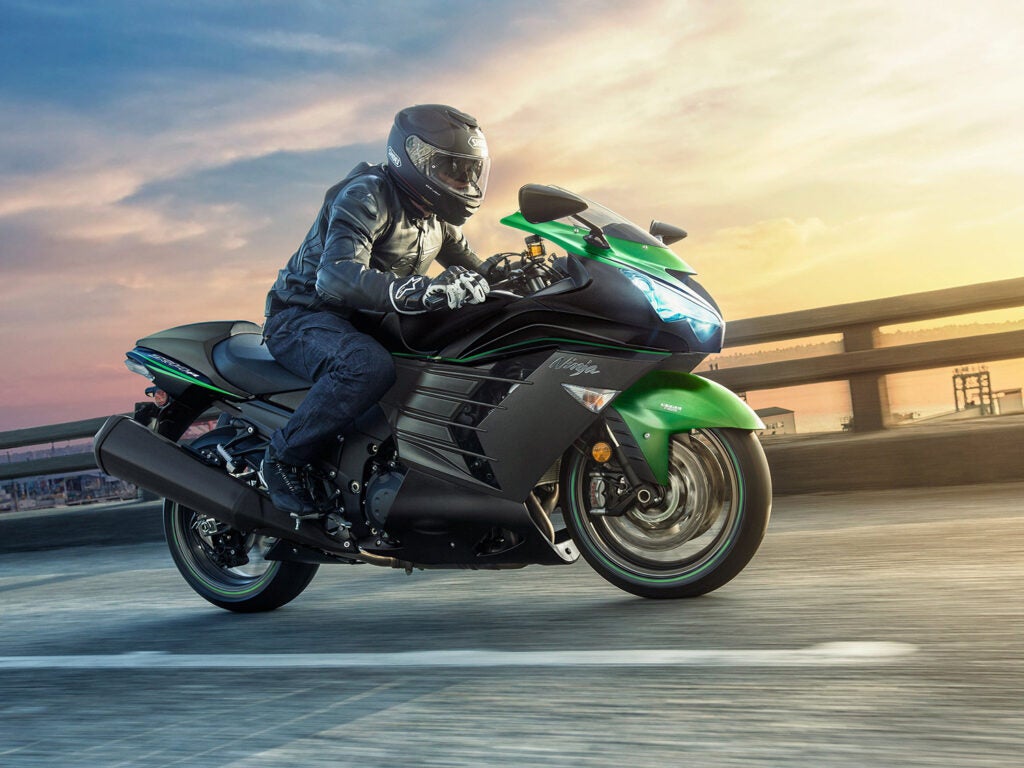 For $14,999 (MSRP), you can get 1,441cc of inline-four firepower. With 443cc more than the supercharged H2, the ZX-14 manages to put down roughly the same amount of horsepower—for close to half the money. If you’re looking for the most power per penny, the ZX-14 is probably the way to go. There’s no replacement for displacement, as the old adage goes. Functionally, that means you don’t have to work the throttle too hard to get tremendous stump-pulling acceleration out of the thing. Kawasaki even baked in a low power mode that delivers 75 percent of the goods. If that’s not a peace offering to the gods of ease and leisure, I don’t know what is.