Arm-stretching acceleration, and no need to shift. 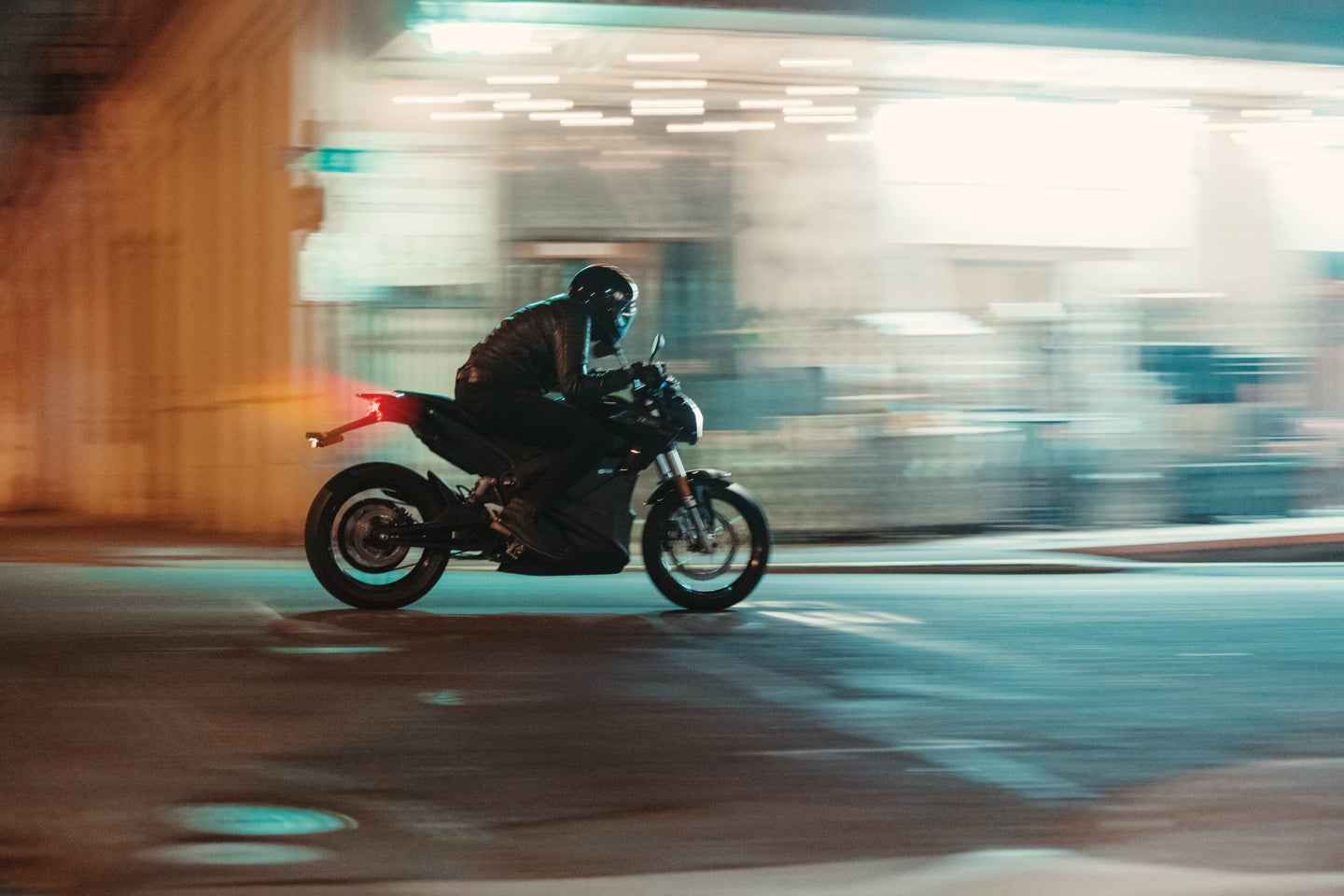 Driving an electric car like a Tesla Model S or a Jaguar I-Pace isn’t that different from a comparable modern internal combustion-powered car. Contemporary gas cars have a push-button start and an automatic transmission: press the button, select Drive, step on the gas and cruise away. The electrics whoosh a bit more quietly, but luxury gasoline cars are also pretty nearly silent.

Electric motorcycles, though, are very different from their four-wheeled counterparts. The sounds of thundering V-twins from Milwaukee and screaming inline four-cylinders from Japan rise and fall as the rider works through the gears, and bikes with loud aftermarket exhaust pipes let bystanders know you’re there. Battery-powered bikes like the Zero SR, on the other hand, will never be mistaken for gas motorcycles, either from the saddle or from the sidewalk. We wondered, if they aren’t like that, what are they like?

San Francisco’s Zero Motorcycles was happy to illuminate the subject by loaning us an SR for a couple weeks. Would the instantaneous 116 foot-pounds of torque from the electric motor prove to be unmanageable on take-off? For comparison, the fire-breathing BMW S1000RR peaks at 83 foot-pounds, and that’s at high RPM. Would the SR simply overpower the grip of the Pirelli Diablo Rosso II rear tire? Would we forever feel in danger of running out of juice?

It turned out that these concerns were mostly unfounded. The right twist grip meters power from the SR’s 70-horsepower electric motor in a linear, controllable way, so acceleration is smooth and calm—even though it is extremely quick.

Beginners will surely find electric bikes easier because there’s no need to shift, and thus no need to simultaneously slip the clutch using the left hand lever on the handlebars while twisting the right grip. Once rolling, the urge is to prepare to nudge the shifter up a gear with the left toe. But there is no shifter and there are no gears, just as there’s no clutch lever. The electric motor’s whine just increases in pitch as speed rises.

And here is where the SR differs from other machines. Electric cars accelerate hard from a stop, but their 50-70 mph passing acceleration tends to be less impressive. And conventional motorcycles can accelerate hard through those passing speeds, but you’ll need to click off a few downshifts to bring the revs up in preparation, or it will be sluggish.

With the SR, arm-stretching acceleration from 50 mph is only a twist of the wrist away, as the bike pulls so hard the rider will be left hanging onto the handlebars to avoid slipping off the back. And it does this without the commotion of a gas bike’s high-revving maneuvers, which makes it seem almost hard to believe.

Roll off the throttle and twist it open again; yep, same thing. It offers simply startling acceleration, even when the bike is already rolling along at highway speed. Amazing.

On releasing the twist grip (it isn’t called a “throttle” because it isn’t constricting the airflow into an engine), the SR doesn’t slow like a combustion bike does due to its engine-braking effect. It more just coasts, which takes a little getting used to for riders who use a combination of engine braking and friction brakes for negotiating the ebb and flow of traffic.

Given the choice, I’d like to see the strength of electric regeneration be rider-selectable so that they can have engine braking if they want it or can coast if that’s what they prefer.

The SR has an upright riding position astride a spacious, flat seat. The footpegs are directly beneath the rider and the wide, flat handlebar demands only a slight lean forward to reach. At highway speed, the wind noise is loud enough that the silence of the drivetrain disappears. At this speed, the SR is nearly indistinguishable from other bikes.

Braking is strong and progressive, with none of the unexpectedly aggressive grip demonstrated by the Ducati Monster’s brakes. The Ducati is a similarly styled and positioned premium bike that seems the most direct comparison among conventional machines. Stopping serves as a reminder that, nope, there’s still no clutch lever to squeeze to prevent stalling a combustion engine when the bike is at rest.

Zero says to expect about 120 miles of riding range for the standard 14.4 kilowatt-hour battery equipped model, like my $16,495 test bike. For $19,390, there’s an available 18 kWh battery that is rated for 150 miles in combined city and highway riding.

I got more like 90-110 miles in my use. Maybe it was those “I can’t believe it” cycles of slowing down just to speed up again. This sort of riding range is in keeping with what’s needed for most casual recreational riders and it will surely cover the everyday commute to work and back.

But going farther is a problem, because it will take at least an hour to recharge on a high-powered 240-volt commercial charger, and that’s a long time for a bathroom break during a ride. The built-in 120-volt charger will plug into the wall at home, but needs 10 hours for a full charge on the standard model and 12 hours for the big battery version.

Electric vehicles tend to be heavier than gas vehicles because of their battery mass, but the SR’s curb weight of 414 pounds is in line with similar bikes like the Monster and it carries that weight down low, which makes it feel lighter.

The SR isn’t the only game in town: Harley-Davidson has officially announced its long-anticipated LiveWire electric bike. But that one starts at an eye-opening $25,000 (and we thought the SR was spendy!), so it remains to be seen what the market is for those. The Zero’s price tag isn’t far off that of premium models from Ducati, BMW and Triumph, so it seems to be closer to the sweet spot of the market.

With the summer sun beckoning, the Zero SR is the truest plug-n-play motorcycle yet and it hints at an electrified motorcycling future that will still be fun. Just a little quieter.