He is man’s best friend after all, so doesn’t he deserve the tactical body armor commensurate with that title? K9... 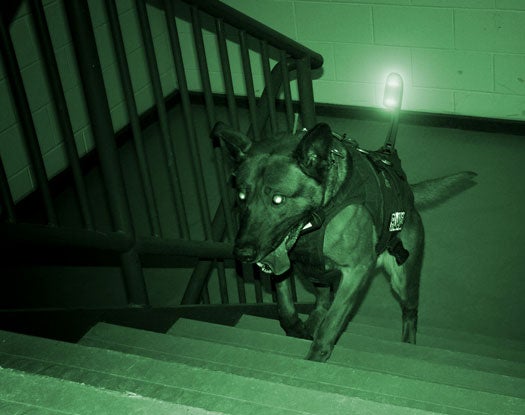 He is man’s best friend after all, so doesn’t he deserve the tactical body armor commensurate with that title? K9 Storm, a Canadian body armor specialist, pulls in millions a year manufacturing body armor for dogs serving in the line of duty on police forces and in militaries around the world. In 2010, their newest line of doggie defense, the K9 Storm Intruder, will pull Fido into the digital age. 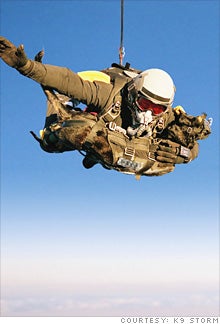 The Intruder not only protects canines with a sturdy flak jacket enveloping their vital organs, but it sports a wireless camera so the handler can see what the dog sees, as well as speakers so the handler can issue audio commands. As a result, dogs can operate up to 300 yards from their handlers, a big advantage in emergency situations where dogs are often sent into areas deemed too unsafe for humans to operate.

At $20,000 each, the Intruder vests aren’t cheap. But considering a military or police dog can cost upwards of $50,000, keeping a well-trained canine from going down in the line of duty is paramount. Not to mention, the operational enhancement from the extended range should up each dogs value on the battlefield or in emergency situations substantially. For our part, we’d be happy with a remote rig that lets us take the dog out to the curb without us ever leaving the couch.