Video: Panasonic Ships A Snowman 8,000 Kilometers to the Desert, In a Cardboard Box

Using no refrigeration, a snowman made in Japan traveled 5,314 miles to the desert of Bahrain, surviving the journey in... 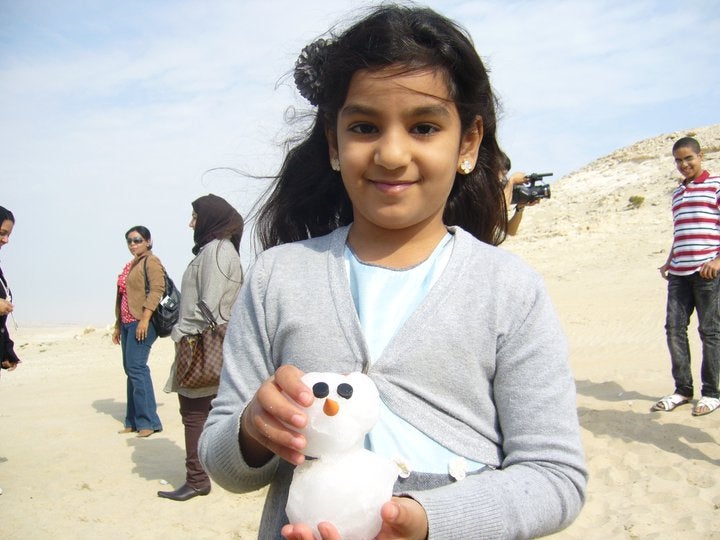 Using no refrigeration, a snowman made in Japan traveled 5,314 miles to the desert of Bahrain, surviving the journey in one piece. The feat was a nice test of Panasonic’s new vacuum insulation panels, called U-Vacua, and a clever stunt that produced squeals of joy from a bunch of Bahraini kids.

Panasonic’s SPARKS team, a couple of dudes who make videos about the company’s “eco-technology,” received a message on their Facebook page from a Bahraini girl named Amna al-Haddad, who wanted her younger brother Saleh to see snow for the first time. They decided to ship the kids a snowman. 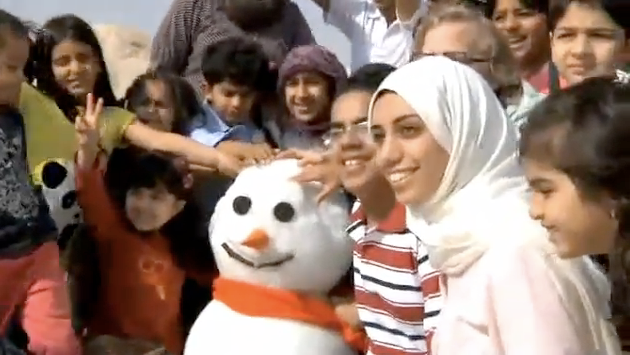 The snowman with Saleh al-Haddad, first from right, and his older sister Amna al-Haddad.

They made a mold out of reinforced styrofoam and shoveled heaps of snow into it — about 70 quarts’ worth — packing it tightly to form a rotund snowman. They put the mold in a cardboard box and covered it with Panasonic’s U-Vacua insulation, which has a glass core enveloped by a plastic-metal composite foil.

It’s just one-fifth of an inch thick, but the plastic-metal wrap’s pressure is highly decompressed, preventing heat conduction. Its insulation capabilities are 38 times better than glass wool and 20 times better than polyurethane foam, according to Panasonic.

The 225-pound box, decorated with the warning “Snow Man Inside,” spent 40 hours traveling to Bahrain, where Amna, Saleh and a group of kids from the nearby bdul Rahman Kanoo International School were waiting. Check out its journey in the video below.

The best part is the squealing horde of children who escort the snowman down a sandy hill and through a homemade “welcome” sign. At the end, he is ceremoniously dismantled so the kids can hold fistfuls of snow. Although many of them had never seen it before, they knew exactly what to do with it — snowball fight!