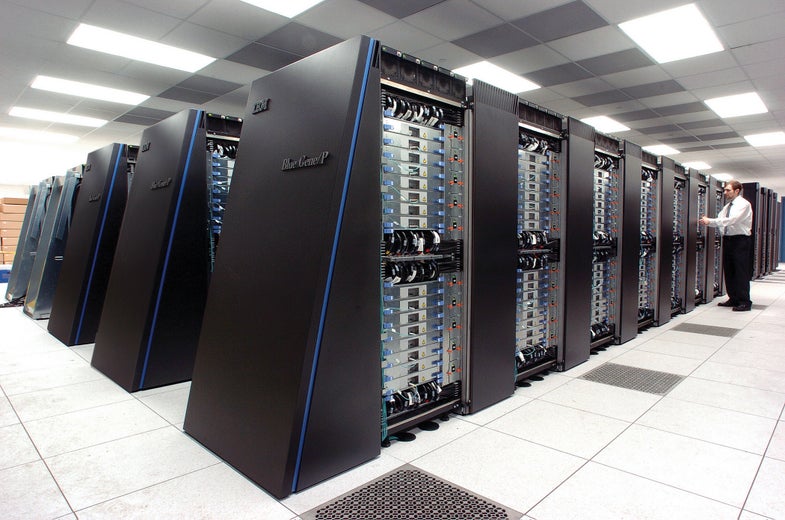 Cats may retain an aura of mystery about their smug selves, but that could change with scientists using a supercomputer to simulate the the feline brain. That translates into 144 terabytes of working memory for the digital kitty mind.

IBM and Stanford University researchers modeled a cat’s cerebral cortex using the Blue Gene/IP supercomputer, which currently ranks as the fourth most powerful supercomputer in the world. They had simulated a full rat brain in 2007, and 1 percent of the human cerebral cortex this year.

The simulated cat brain still runs about 100 times slower than the real thing. But PhysOrg reports that a new algorithm called BlueMatter allows IBM researchers to diagram the connections among cortical and sub-cortical places within the human brain. The team then built the cat cortex simulation consisting of 1 billion brain cells and 10 trillion learning synapses, the communication connections among neurons.

[via AP and PhysOrg]