Hot dogs are in need of a redesign 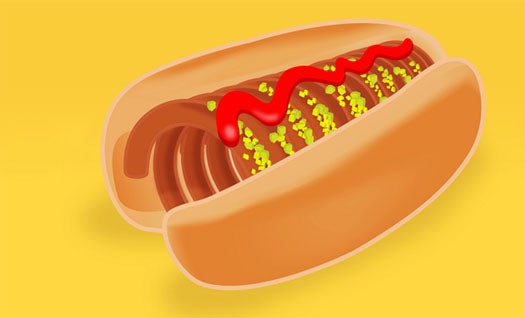 According to both common sense and the American Academy of Pediatrics, there are two truths about hot dogs which neither science nor industry can afford to ignore: kids love hot dogs, and hot dogs are the perfect size and shape for a child to choke on. To wit: “If you were to take the best engineers in the world and asked them to design a perfect plug for a child’s airway, you couldn’t do better than a hot dog,” one AAP doctor said.

As such, the hot dog is in need of a redesign. So the folks at Fast Company took a look at California design house RKS’s quest to cook up a completely rethought hot dog, and they did it using a design tool that is decidedly child-approved: the Play-Doh Fun Factory.

The team started with a blank slate but eventually decided that – in a tip of their hats to tradition – they wouldn’t radically alter the hot dog’s essence; a meat product, packaged with a bun, that more or less serves as a vehicle to get otherwise unmanageable condiments from plate to mouth. 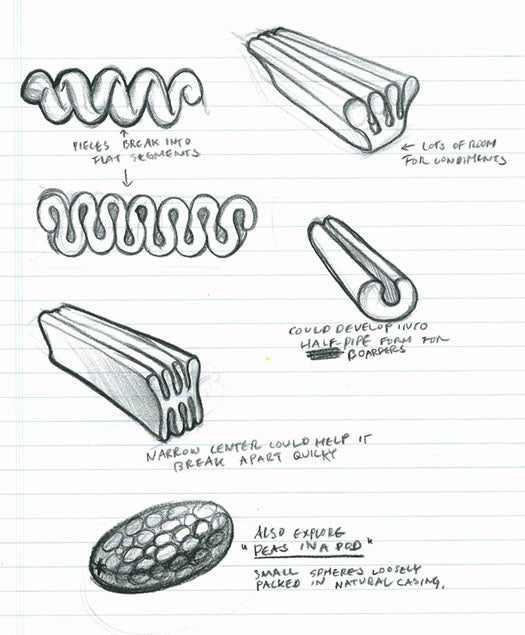 Sketching Out the Future of Food

After experimenting with hollowed-out dogs, dogs with grooves cut into the sides and even some wieners resembling the more complicated organelles of a living cell, they finally settled on the design below. 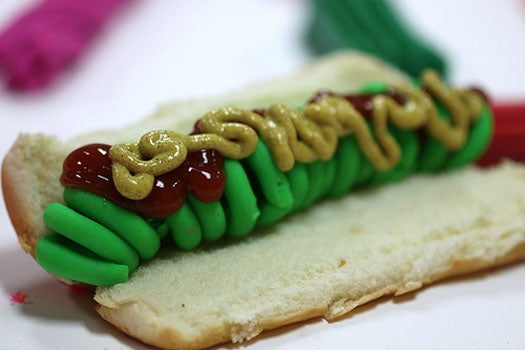 While the notion of redesigning foods to make them less dangerous seems a bit over-ambitious to us – a simple pretzel nearly felled the leader of the free world, proving there’s really no telling what size and shape of delectable snack food is really going to do you in – we are fans of this kind of outside the box thinking. And cylindrical foods really do pose a choking hazard, compounded when you introduce children to the equation. Whether the spiral dog is the future of ballpark and backyard fare is uncertain (we’re thinking probably not), but just in case we’re already thinking up ways to capitalize on the new design. Foie gras–stuffed, bacon wrapped slinky dogs anyone?