A test flight of a drone brings an unmanned cloud seeding tool one step closer. 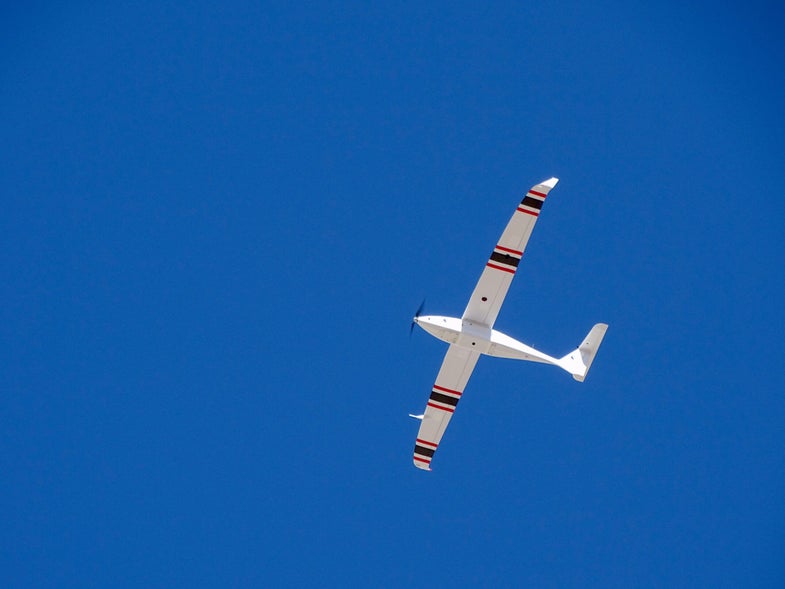 This lightweight drone has an 11-foot wingspan, an expected flight time of up to two hours, and only weighs 18 pounds fully loaded. DRI and Drone America
SHARE 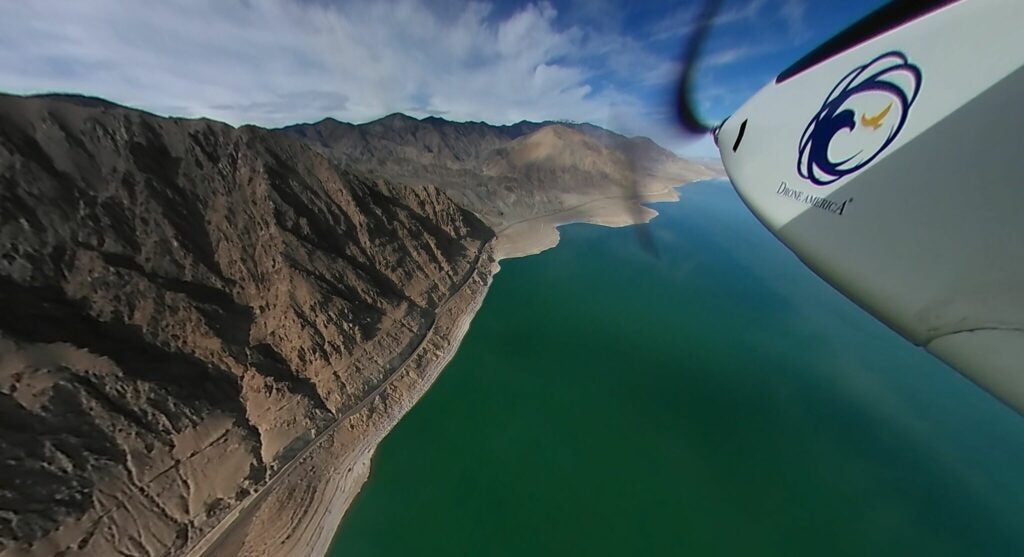 Dr. Adam Watts of the Desert Research Institute is standing by the side of the road near Donner Pass, shouting over the wind into his phone to talk about a recent test flight. “We built a robot that can fly itself and bring more water out of clouds,” he says, capturing the technological promise at hand in just a few words. Together with Nevada’s Drone America, the team flew a cloud-seeding drone beyond the pilot’s line of sight. It’s the next step in a gradual and ambitious process, aimed at solving a decades-old problem: can the desert pull more water from the sky, and can it do so without injuring anyone along the way?

Cloud seeding itself dates back to the late 1940s, and appeared in Popular Science as early as 1950. Early attempts to pull rain from clouds, like Project Cirrus by the U.S. Army Signal Corps, released dry ice B-17 bombers to encourage the moisture to coalesce into ice crystals that then fall as rain. Another method injects silver iodide into clouds, where it works as a sort of dust that the water in the cloud freezes around.

(As an aside: the silver iodide method was discovered by no less than Dr. Bernard Vonnegut, brother of the science fiction novelist Kurt Vonnegut. The concept of seeding ice with a little particle may have influenced Ice-9, a doomsday weapon in Kurt Vonnegut’s novel Cat’s Cradle).

Much of the early research into cloud seeding, like Project Cirrus, aimed to alter the direction and force of hurricanes, tornadoes, and hail, though the results were disputed at best. And there was American military research into weather, which acknowledged the warming effects of greenhouse gases in 1958 but was more preoccupied with fears Russian cloud-seeding and weather control. There were also economic arguments from the start, extrapolating from an expected modest increase in rainfall to greater hydroelectric power and agricultural yields. By the 1970s, the limitations of cloud seeding were clear: cloud seeding can only work when certain conditions are present.

Drone America’s Savant Drone From Underneath

This lightweight drone has an 11-foot wingspan, an expected flight time of up to two hours, and only weighs 18 pounds fully loaded.

As we wrote in 1977: “Weather modification, specifically cloud-seeding, was suggested as a way of setting things right. But, said experts, seeding only works when certain types of clouds are present: the method cannot break a drought.” Silver iodide alone is no silver bullet.

Still, it doesn’t need to end drought on its own to be a valuable enterprise. The Desert Research Institute estimates that it costs between $7 and $18 per additional acre-foot of water released from the clouds it seeds. The institute estimates its seeding operations contribute between 20,000 to 80,000 acre-feet of additional precipitation annually. For desert states like Nevada, that’s valuable enough that pilots have repeatedly flown into storms for cloud seeding. For the Desert Research Institute, that effort twice met with tragedy: in 1980, the institute lost two pilots and two scientists to a fatal plane crash. Then, in April of 2000, a plane contracted on a cloud-seeding mission for the institute crashed, killing all three people on board.

“There’s inherent risk in conducting aerial cloud seeding operations,” says Watts, “because the aircraft have to fly under dangerous conditions: low altitude, usually close to mountain terrain, in icing conditions, and quite often in high winds.”

Drones are the best solution for getting the same effect of an airplane without putting a human pilot at risk by physically being in the vehicle. This is a common thread in drone use by scientists. In 2015, NOAA flew drones over gray whale others and calves, to track blubber accumulation, which is a much easier task to do when the humans recording the results are safely at a distance. Scientists used a drone with a petri dish attached to collect whale snot, a task previously done by humans in motorboats with crossbows. To study shark predator behavior, researchers with the Massachusetts Division of Marine Fisheries baited sharks into biting an underwater robot, something that’d be hard to do with a human-carry vessel. In an experiment echoing one done in Switzerland in the early 1980s with helicopters and vaccinated chicken-heads, last summer the U.S. Fish and Wildlife Service used drones to shoot vaccine-loaded M&Ms at prairie dogs, all to save an endangered ferret species. And in a more direct parallel, flying drones can directly save the lives of scientists.

Getting the pilot out of the plane is the best way to reduce that risk, and so many wildlife biologists are adopting drones instead. (Though this is not an entirely neutral choice: while drones are great for observing birds, who don’t seem to mind so long as the drones keep a respectable distance, drones freak out bears.) And for cloud seeding, which requires flight in dangerous conditions, a drone is the ideal tool.

Last May, the Desert Research Institute, together with Drone America, flew a drone up to 1,200 feet, where it released a pair of silver iodide flares. That was an early test of the program, showing that the drone body itself can do the job. Last week, the program completed the next step of its development, flying for 30 miles, almost all beyond the line of sight of the pilot, before it landed.

“This demonstrates that the technology is ready for us to routinely go beyond line of sight,” notes Watts, “and the next steps will be to do so under realistic cloud-seeding conditions. We did this under great weather and a lower altitude, and the next steps will be to turn up the weather so to speak, to make the conditions like you’d encounter when you’re actually seeding clouds.”

As for what those conditions actually are?

“Well, I’m sitting in them right now as I go over Donner Pass from San Francisco to Reno,” laughed Watts, “If you picture a mountain range that’s experiencing winter storms, you’ve probably got high winds, you’ve got clouds that may or in some cases may not be snowing or raining, if you’re talking from the standpoint of aviation you can have icing conditions, so it’s quite risky from the standpoint of aviation, and that goes back of course to the reason we had the idea to use an [Unmanned Aerial System]. It’s pretty nasty weather conditions, honestly.”

Taking the pilot out of the cloud seeder makes the act of cloud seeding a lot safer for the pilot, but Watts cautions that cloud seeding alone should not be seen as a one-stop solution to drought. He notes the role of conservation in a water-limited state, and that while cloud seeding can increase regional water supply, it can’t will it out of thin air.

“You have to have clouds, and clouds under certain conditions in order to seed those clouds. So you can’t literally bring water out of nothing,” says Watts, “but it can enhance precipitation when it’s properly done.”