This Drone Just Seeded A Rain Cloud In The Desert 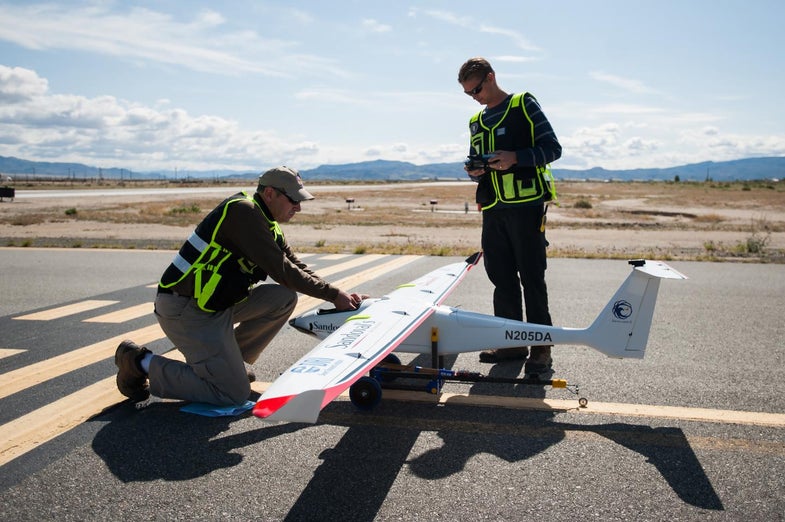 Not all drones are battle-born. The Nevadan “Sandoval Silver State Seeder” isn’t made for war. No, the fixed-wing drone is built to fight a different foe: drought.

The drone is flown by Drone America, and authorized to fly at altitudes up to 1,200 feet in the Nevada test site. It released a pair of silver iodide flares, designed to seed clouds.

The premise is that silver iodide particles in the air encourage water molecules to stick together and become rain. The science has a long history, and seeding clouds can increase rain by up to 10 percent. Yet the moisture needs to be there in the first place, which makes it a poor fit for ending drought or stopping wildfires. That doesn’t mean it can’t help with water management — cloud seeding when there’s abundant rain coming can replenish reservoirs faster, which mitigates drought later.

The Nevada test shows that it can be done with fixed-wing drones, which makes it easier to do in the future. It’s also great fuel for conspiracy theorists who believe in chemtrails, despite what science says. Doing it with drones can only be more sinister. Watch a video about it below: