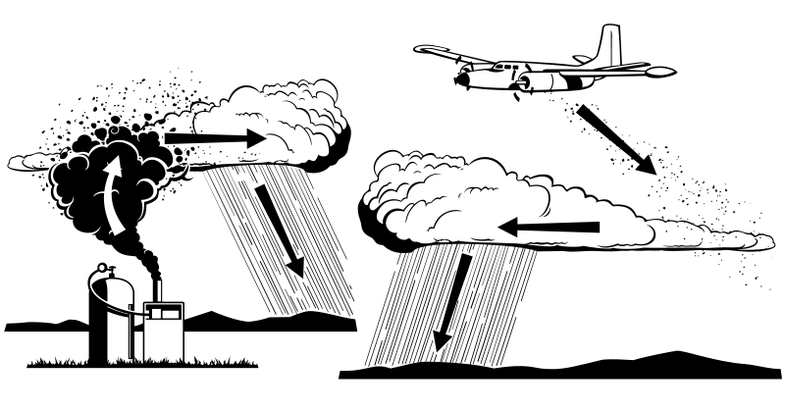 Controlling the weather with cloud seeding has previously proved popular with Chinese and Russian officials, but Moscow’s mayor does not seem content with just keeping the rain off his roofs. Now Mayor Yury Luzhkov has hired the cash-strapped Russian Air Force to chemically spray clouds so that no snow will fall within his city limits.

Moscow already keeps the Russian Air Force on hire to prevent rain during parades on Victory Day in May and City Day in September. Time Magazine reports that the city easily coughs up $2 to $3 million for the convenience out of its $40 billion budget.

The Air Force arsenal for spraying the clouds includes cement powder, dry ice and silver iodide. Moscow residents can only hope that there’s no repeat of an incident that happened in June 2008, when Reuters reported that a Russian cargo plane accidentally dropped a 55-pound bag of cement through a suburban home’s roof.

This latest scheme represents only the latest development in Russia’s love-hate relationship with winter weather. Moscow residents typically trudge through the snow from November to March, but the harsh winters have historically proved handy at least twice in freezing invaders in their tracks: Napoleon’s Grand Armee and Hitler’s Panzers each eventually ground to a halt.

So far Luzhkov has touted the benefits of his snow-stop plan for both city residents and farmers outside the city who would receive additional moisture. But suburban residents have begun lodging protests and concerns.

If the idea sounds somewhat extreme, just keep in mind that Russia has no monopoly on wacky schemes — see the latest geoengineering scheme to reduce hurricanes, courtesy of a certain U.S. billionaire.