A bird's eye view on birds 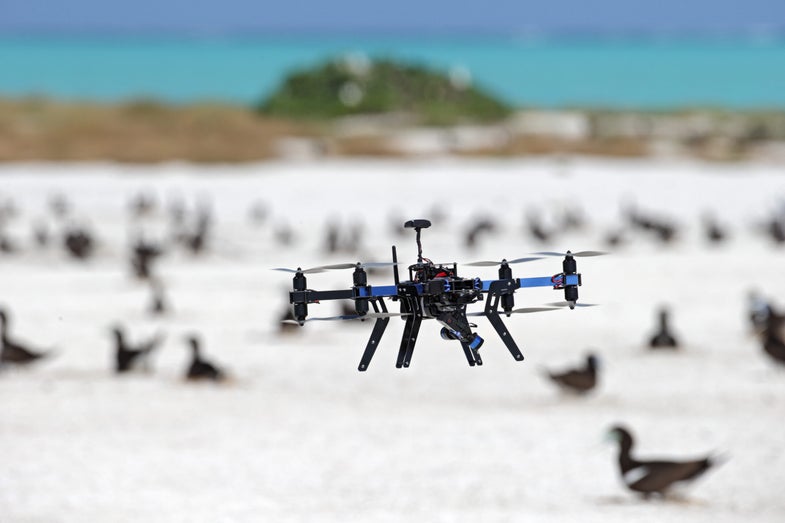 Drones and birds aren’t always the best of friends. The internet is rich with videographic evidence of hawks and eagles attacking drones, tearing the unmanned aerial intruders out of the sky. Yet for all their natural animosity to intruders, birds could stand to benefit from drones. In a new study, researchers at Monash University in Melbourne, Australia, wanted to see if drones were better at counting birds than humans, specifically so they can monitor important bird populations.

The answer was a resounding “yes”. Here’s how it worked:

In other words, it helps to have a bird’s-eye-view when counting birds. While the researchers suggest that more work needs to be done to reduce the variance between counts, drones are definitely a useful tool for monitoring bird populations going forward.

The full study can be read at Scientific Reports.