A Drone Filmed This Huge Whale Feeding For The First Time

A Bryde's whale calf was caught on film with its mother 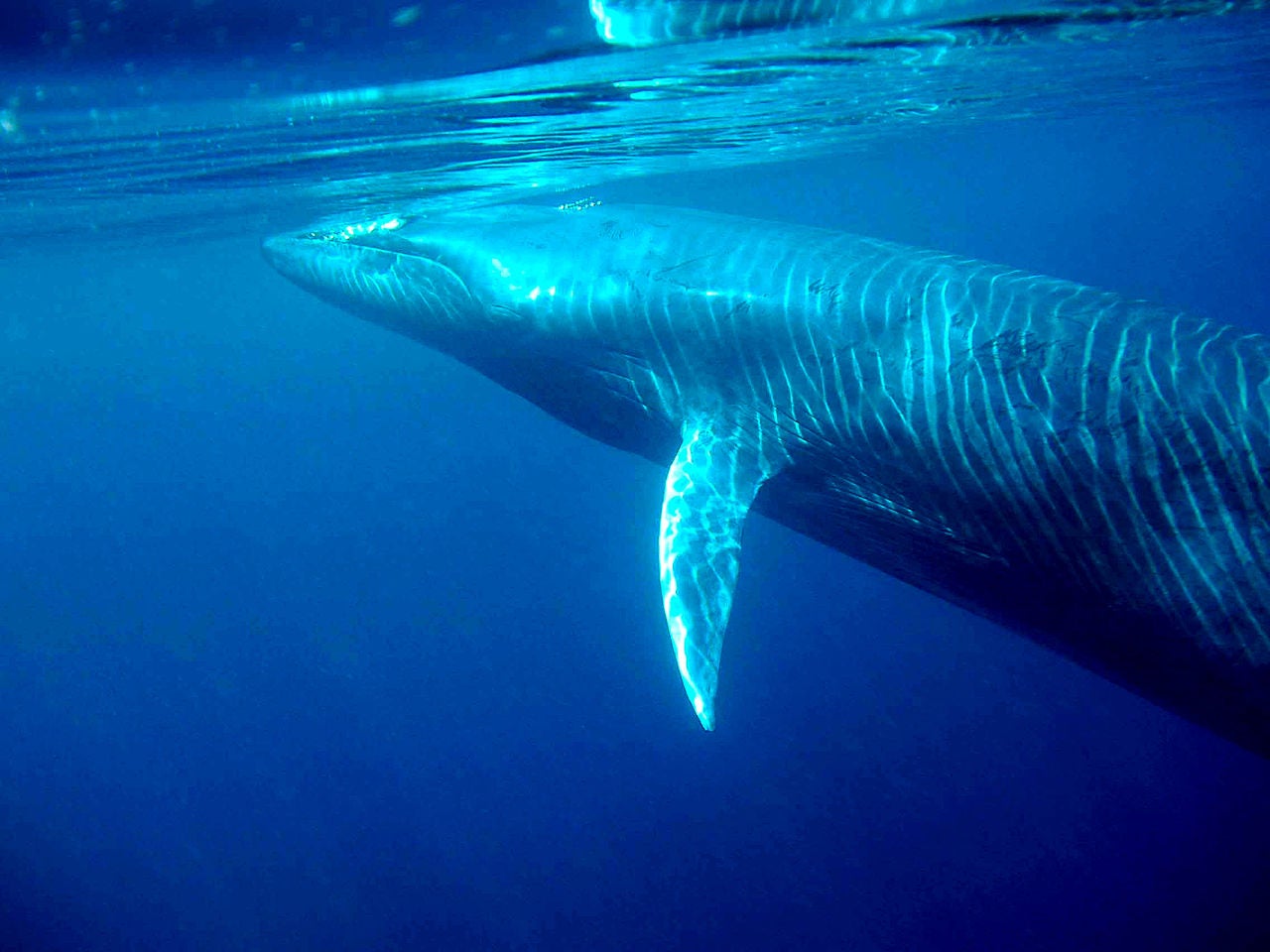 Bryde’s whales (named after the Norwegian merchant who built the first whaling stations in South Africa) reach a maximum length of over 54 feet.

That’s humongous, and should make it easy to observe them. The vastness of the ocean disagrees, and happily hides the whales in their vast tropical water range.

Until recently, Bryde’s whales had rarely been observed feeding in the wild. But a team of researchers, looking to test a waterproof drone’s observational skills on humpbacks, instead found a Bryde and calf feeding.

Look at that lunge!

Drones are providing a new way to watch whales. Drones captured whale snot, flying close enough and low enoguh without spooking the giant beasts to get it. And drones have filmed whales hunting sharks, teaching us more and more about their behaviors, from angles that were hard to get before. They’ve also filmed sharks eating whales.

The ocean is a vicious, deadly place, and one that’s never been easier to film.