Pentagon: That Fictional Drone From That Unreleased Video Game Sure Looks Cool

Art imitates life they say, and every now and then life imitates art. Which is only slightly terrifying when the... 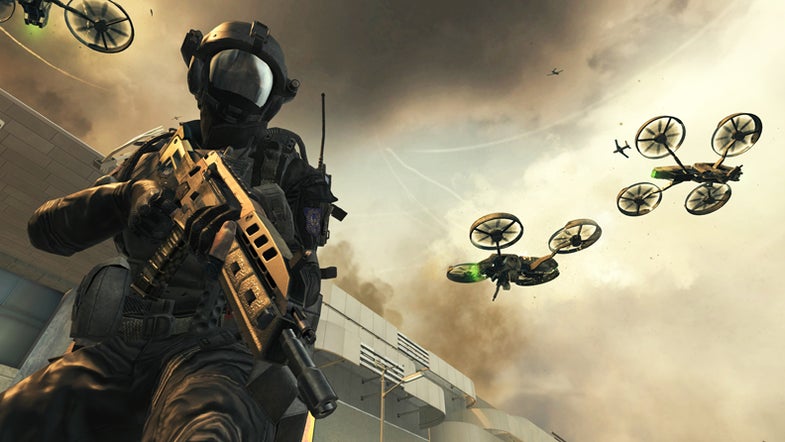 Art imitates life they say, and every now and then life imitates art. Which is only slightly terrifying when the art being imitated is a Call of Duty title and the real-world entity doing the imitating is the Pentagon. A fictional drone from a video game that hasn’t even been released yet has inspired a DoD office to consider pursuing the same drone in real life, Brookings Institute 21st Century Defense Initiative director and all-around drones guru Peter Singer tells Innovation News Daily.

The video in question came out on April 23, released by Treyarch (the maker of Call of Duty: Black Ops 2) to drum up viral buzz about its upcoming game title. In it, a gentleman in a heavy Russian accent shows off a tablet-controlled, machine-gun-packing quadrotor drone–a drone that, by the way, does not exist outside of the pixelated landscape of the video game, set in 2025.

But it could exist, and if its going to exist the Pentagon can’t let the Russians get there first (see: nuclear weapons, the moon, the Miracle on Ice). Which is interesting–ironic even–considering Black Ops 2 (out in November) seems to be nothing if not a violent warning against automating the means of warfare (see trailer below). If this is where the Pentagon is mining ideas, then it’s certainly going to get some cool machines–but here’s hoping it is keeping its network security up to date.