Good news: It’s safe to use drones to fly blood around

Blood for the blood drones, transfusions for the remote and in need 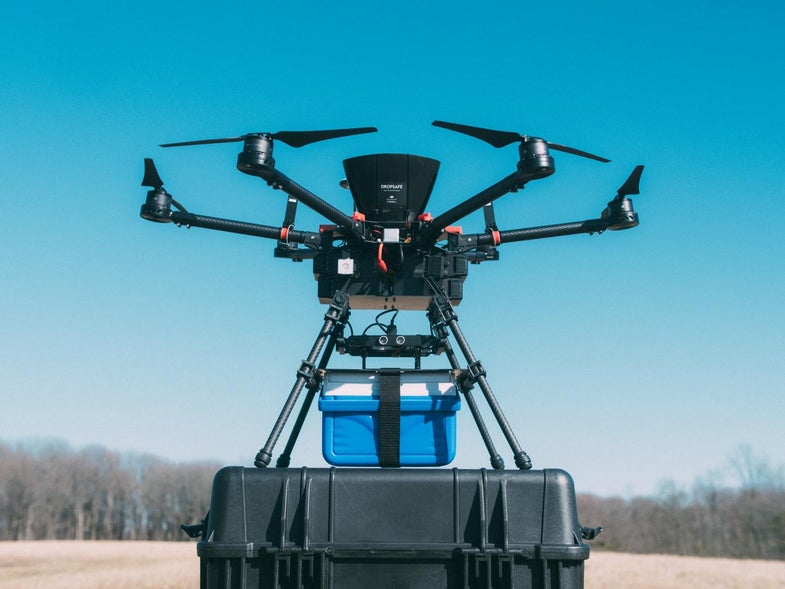 Delivering objects via drone is a tempting notion bound by hard constraints: drones are small, so the cargo has to be small. Drones need power to fly, and any additional weight requires more power to cover the same distance, which further limits the size of the cargo. For a drone delivery to make sense, then, the small cargo has to justify both its weight and the urgency of a drone flight. Pound for pound and ounce for ounce, few cargoes match that limitation better than blood.

In a study published in the journal Transfusion, Johns Hopkins researcher Timothy Amukele demonstrated that drones are a safe and efficient way to get blood pouches to remote locations. This isn’t Amukele’s first blood drone rodeo. In 2015, he demonstrated that small vials of blood could catch a ride with a drone and arrive in good condition, no worse for wear than vials transported by car.

In the summer of 2016, Amukele partnered with drone delivery company Flirtey to demonstrate that a drone could fly to shore, pick up blood samples, and then deliver them back to a hospital ship. In places where the land is rough but waterways are clear (like coastal Haiti after an earthquake) testing drone-flown blood could help scientists identify illnesses in a timelier fashion than more traditional delivery methods.

Those previous tests focused on small vials of blood samples. That’s good for research and tracking disease, but what about the person who needs blood and can’t be easily reached by normal means? That’s the focus of Amukele’s latest study. From Johns Hopkins:

The team then flew the drone between 8 and 12 miles, at around 330 feet above the ground, for a total flight time of just under half an hour. After the flight, the team tested the blood temperature and found it within acceptable levels. When back in the lab, they tested the blood to see if drone transport damaged it. The test so far appears to be a success, which is good news for anyone who made need robot-flown blood in the future (and good news for other companies already trying to transport transfusable amounts of blood).

“My vision is that in the future, when a first responder arrives to the scene of an accident, he or she can test the victim’s blood type right on the spot and send for a drone to bring the correct blood product,” Amukele told Johns Hopkins.