We’re further along in using science to manually force the weather’s hand than many people suspect. In 2009, for example,... 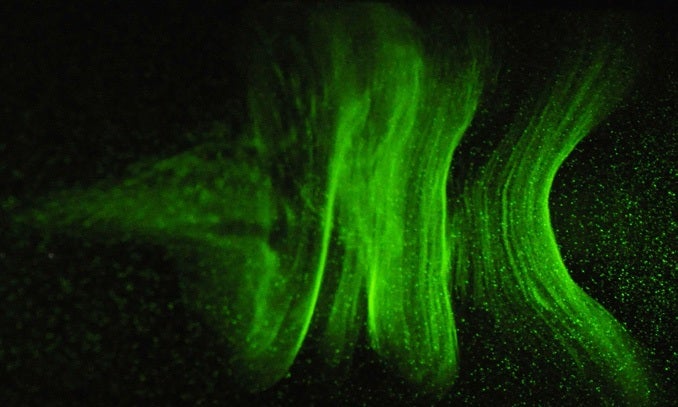 We’re further along in using science to manually force the weather’s hand than many people suspect. In 2009, for example, the Chinese government used weather manipulation to bring a snowstorm to Beijing, and they aren’t the only nation giving it a try. But using so-called “cloud seeding” techniques as high-tech rain dances is controversial; critics say it’s both ineffective and bad for the environment. A potentially better solution — to this, as to most things! — is to fire up some lasers.

Last year, a paper published in Nature Communications showed it was possible to form water particles using lasers. That’s not the same as creating rain; the particles were about 100 times too small to be rain drops. But it’s somewhat of a proof of concept, and as a recent paper in the Journal of Physics D: Applied Physics points out, our lasers are only getting better.

The laser technique works by using photodissociation. Photons break down atmospheric compounds, which produces ozone and nitrogen oxides. That causes nitric acid particles to form, and those bind water molecules together, creating rain. A challenge for scientists will be to unravel the details of the process, but there are major benefits compared with a chemical approach, such as sending silver iodide particles into clouds. For one, it’s easier to plan experiments with lasers, since they have an on-off switch that can be toggled and tested for effectiveness. A laser-induced approach could also be less likely to cause unintended problems in the surrounding atmosphere.

We’ll see if it’s a viable approach in the coming years. You can bet if it turns out to work effectively, a lot of governments will be waiting to invest.