Many have tried, but no one has solved the mystery of Amelia Earhart’s demise

Researchers claim she died on a desert island, but the evidence is inconclusive 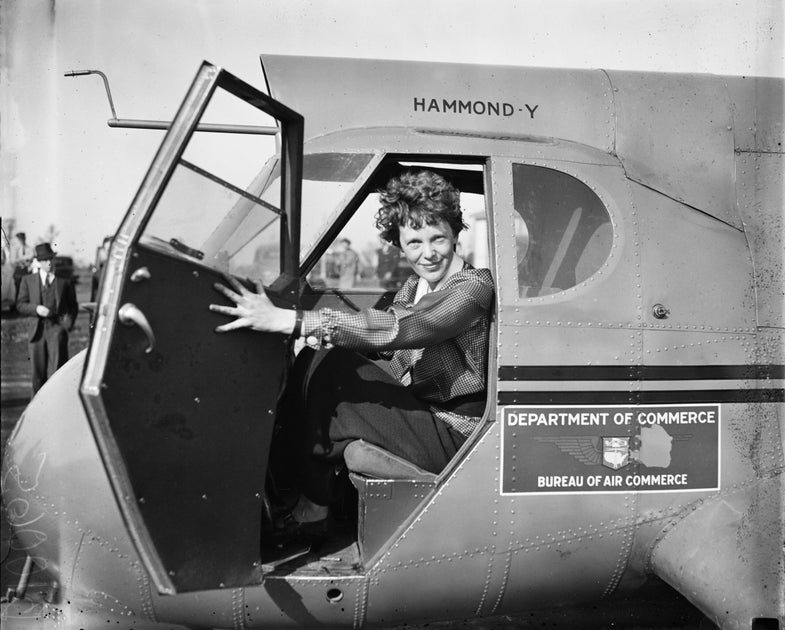 Five years after Amelia Earhart became the first woman to fly solo across the Atlantic Ocean, she attempted an even more ambitious journey: A flight around the globe. Tragically, Earhart’s Lockheed Electra 10E went down somewhere over the Pacific Ocean, and she disappeared before she could finish her journey. In the years since, it’s generally been assumed that the pioneering aviator crashed into the ocean. One group rejects this explanation, but their evidence is wanting.

You may have seen the headlines recently: Smithsonian’s reads, “New Analysis Strengthens Claims That Amelia Earhart Died as a Castaway,” CNN said, “Amelia Earhart’s last chapter was as a heroic castaway,” and even TMZ got in on the action, with a headline that claimed, “Amelia Earhart Survived Plane Crash … Died as a Castaway.” Buried at the very bottom of most of these stories was the caveat that this evidence is not conclusive. With nothing but these little footnotes to dissuade them, the reader is easily left with the impression that Earhart’s death is no longer a mystery. Unfortunately, we can’t put the intrepid aviator’s story to rest quite yet.

These stories were prompted by the latest announcement by The International Group for Historic Aircraft Recovery, or TIGHAR. This group pursues the hypothesis that Earhart survived as a castaway on a desert island. Their new analysis involved comparing measurements of bones found on a deserted island to Earhart’s arms, which they measured in a photograph taken of her while she was alive. After finding the ratio of the length of the skeleton’s radius to its humerus — lower and upper arm bones, respectively — and calculating that same ratio from a photo of Earhart, the researchers concluded that the skeleton probably belonged to a European woman of approximately Earhart’s height. 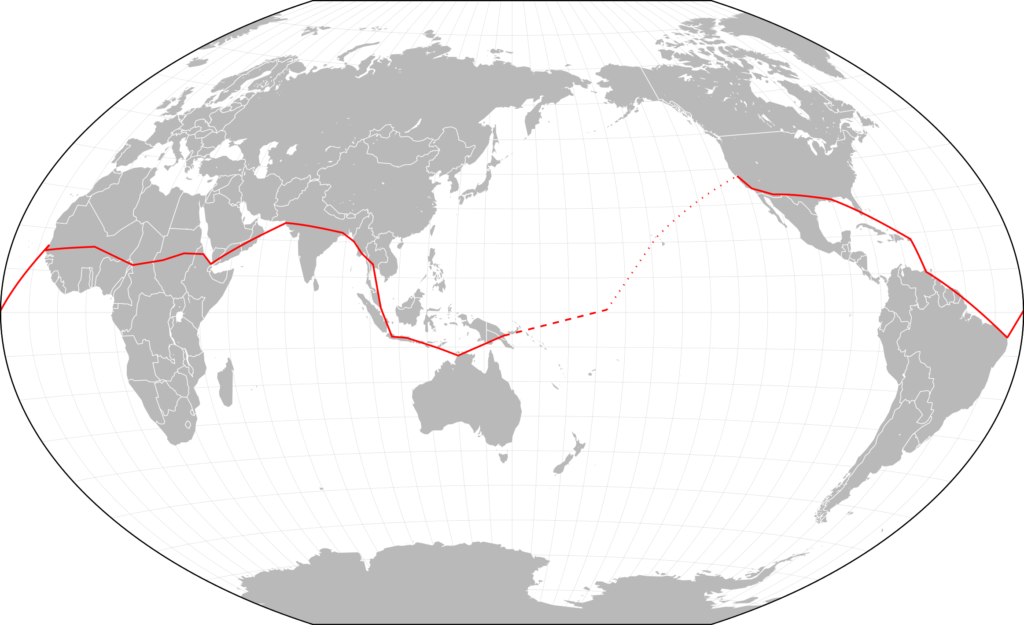 This was Amelia Earhart’s intended route to circumnavigate the globe. The solid lines indicate the legs of her journey she completed.

For nearly 20 years, TIGHAR has periodically announced new evidence. They have not, however, published any of it in peer-reviewed scientific journals, which makes experts skeptical of the findings. For information to be accepted as part of the scientific record, experts generally agree that it should go through a process of peer review, wherein specialists who don’t have stock in the work’s success review its data for accuracy. A peer-reviewed study isn’t always true, good, or without controversy in the scientific community, but this basic vetting is considered a bare minimum requirement for having your research taken seriously.

In this regard, the study on Earhart’s arm bones comes up short.

“It seems that every five years there’s another article saying, ‘We found her,’ and every time there’s as little evidence as before,” says forensic anthropologist Angelique Corthals, who teaches at the City University of New York’s John Jay College of Criminal Justice. “Making a pronouncement like this is a little odd without the full backing of scientific evidence.”

TIGHAR has often benefited from the expertise of reputable forensic scientists. “Karen Burns and Richard Jantz [who conducted the original analysis in 1998] are not street corner anthropologists,” Corthals tells Popular Science. But she’s still skeptical of the lack of peer review process, and wonders why these respected academics didn’t pursue more rigorous studies of the evidence. “I’m surprised it wasn’t taken further,” she says.

Ric Gillespie, executive director of TIGHAR, tells Popular Science that he doesn’t care as much about peer review as he does about communicating his group’s findings to the public in a clear way. “The people who support us, who contribute to the expeditions, want to see something they can understand,” he says.

He also admits to some distrust in the peer review process. In 2015 Pamela J. Cross and Richard Wright published an article refuting TIGHAR’s 1998 announcement that bones and shoes found on the Pacific island of Nikumaroro belonged to Earhart. Cross and Wright’s article is the only peer-reviewed study on the subject, “which is not a good record to have if you’re making a scientific point,” says Corthals.

Gillespie recognizes that peer review is necessary for gaining the acceptance of the scientific community, but he doesn’t necessarily think peer review equals good science. Gillespie claims that the Cross and Wright paper was full of errors. “Peer review doesn’t mean it’s fact-checked,” he says.

Corthals points out that even though scientific publishing can be a very difficult process, it exists for good reason. By self-publishing scientific findings on a website, she says, researchers can give far-out theories the appearance of scientific legitimacy. “You invite the review of non-peers, who might be knowledgeable, but the greater majority are there to foster conspiracy theories.” TIGHAR based their newest claim on a comparison of this photo to the original bone measurements taken by D.W. Hoodless. By comparing the ratio of the lengths of Earhart’s radius and humerus to that of the unknown castaway’s skeleton, researchers claim they’ve strengthened the case that Earhart died on a desert island.

If TIGHAR’s approach to scientific inquiry does not fit the accepted mold, then what would it look like for the group to hold itself to the same standards as other scientists? Rebecca Ackermann, an archaeologist at University of Cape Town in South Africa, identifies the first major obstacle: “Ideally a study of the skeleton would include the skeleton,” she tells Popular Science. Due to poor record keeping back in the 1940s, the skeleton that Gillespie and his associates at TIGHAR suspect to be Earhart’s has not been seen in decades. Therefore, their analyses have all been performed with measurements taken by D.W. Hoodless of the Central Medical School of Fiji. When the bones were first discovered, Hoodless proclaimed that they belonged to a man, so no one jumped at the opportunity for evidence in the Earhart cold case. As far as anybody knows, they’re still lost.

In addition to actually measuring the skeleton in question, Ackermann says a solid scientific study would involve a photograph in which researchers could confirm some basic elements: how far Earhart was from the camera, that she was standing parallel to the lens, and that distortion away from the center of focus had been corrected. Standardization and repeatability are hallmarks of the scientific process, and measurements made on a single photograph do not stand up to these criteria. Without being able to control all the elements of taking the photo, Ackermann says the next best thing would be to examine numerous photographs of Earhart – which should be easy given her immense fame during life – to come up with a more precise measurement. But TIGHAR only used a single picture.

Earhart’s story disappearance captures the imagination, and rightfully so. With her first transatlantic flight in 1928 and her famous solo flight in 1932, Earhart became an inspirational figure during the Great Depression, the public face of women breaking down barriers. 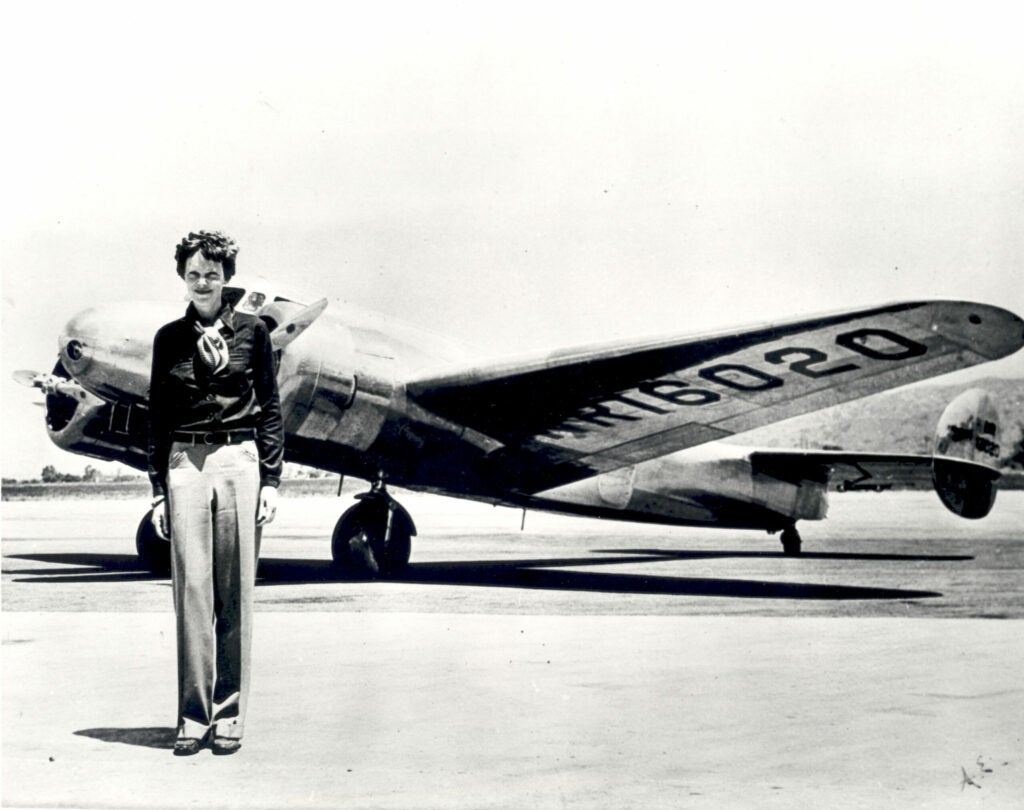 The Aviator and Her Plane

Earhart stands in front of her heavily modified Lockheed Electra 10E, which she was flying when she disappeared over the Pacific Ocean.

In 1937 she lost radio communication somewhere over the Pacific Ocean, about three quarters of the way through what would have been a record-smashing flight around the globe. The fact that this iinspiring celebrity’s plane was never recovered has naturally piqued curiosity ever since. But while imagination and a sense of purpose can inspire scientific inquiry, they should be left at the door in favor of scientific rigor in the pursuit of answers. TIGHAR’s latest announcement, though a compelling piece of the puzzle, does not yet come close to meeting the standards of the scientific community.

Gillespie says the media hype surrounding this story came despite his cautions. “They always do that,” he says. “I’m used to it.” He says he makes sure to specify that the findings are evidence, not conclusions. “When I write whatever I write, I’m very careful to damp it down as much as I can,” he tells Popular Science. But every time TIGHAR makes an announcement, the story is the same.

And even though TIGHAR’s findings have resonated with the public, the group needs to get over its resistance to peer review if it wants to be accepted by the scientific community. “If you want to convince me,” exhorts Corthals, “get it published!”