Cause Of Mysterious Whale Deaths? Whole Fish Jammed In Blowholes 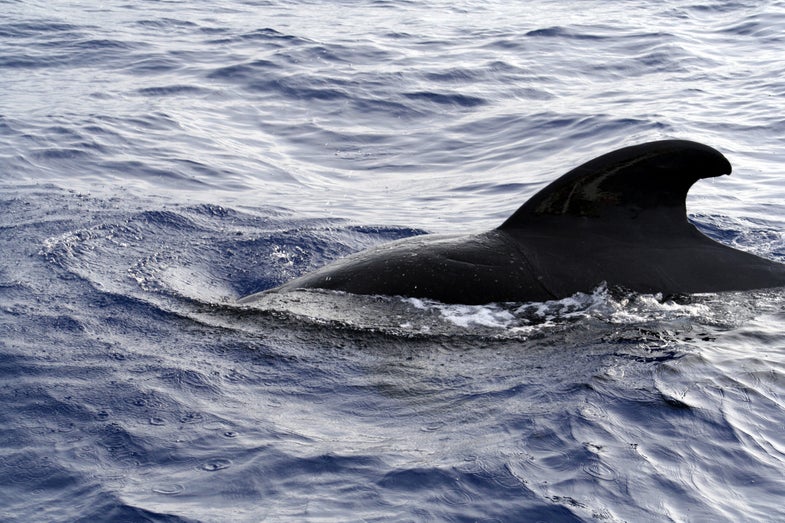 Since most commercial whaling was halted in the 1980s, the deaths of whales have become more mysterious. With the exception of whale hunters (research or otherwise), usually people aren’t around to declare a whale’s time and cause of death. Some whale deaths, like the 337 whales stranded in Patagonia earlier this year are still a mystery. But sometimes, the true nature of a whale’s death is weirder than you could ever imagine.

In a study published earlier this month, researchers found that a pair of pilot whales off the coast of the Netherlands died after sole, a type of fish, got stuck in their blowholes, suffocating them.

The researchers think that the fish ended up in the blowholes as the whales were trying to eat the fish. Hakai Magazine notes that whales can dislocate their larynx in an attempt to regurgitate a problematic bit of food, which can allow the fish to pass more easily into the respiratory system. The researchers also think it’s possible that the fish might have been transferred to the blowhole from the digestive system when the whale sneezed or coughed. But the most dramatic notion is that the fish might have gotten stuck as it floundered around inside the whale trying to escape. Either way, instead of going down the wrong pipe, the fish went up.

Weird as it may be, death by sole is not completely unheard of. In the paper, the researchers mention that other cetaceans like porpoises have suffocated on the flat, flexible fish.

It’s a really sad story once you get past the absurdity. National Geographic reports that the whales probably lingered in unfamiliar territory to stay with an injured member of their pod. The pilot whales’ favored prey, squid, was unavailable in the North Sea, so the whales fed on the fish nearby, including their unfortunate last meal.