Ask Anything: Can Plants Get STDs?

Short answer: Sure, it happens all the time 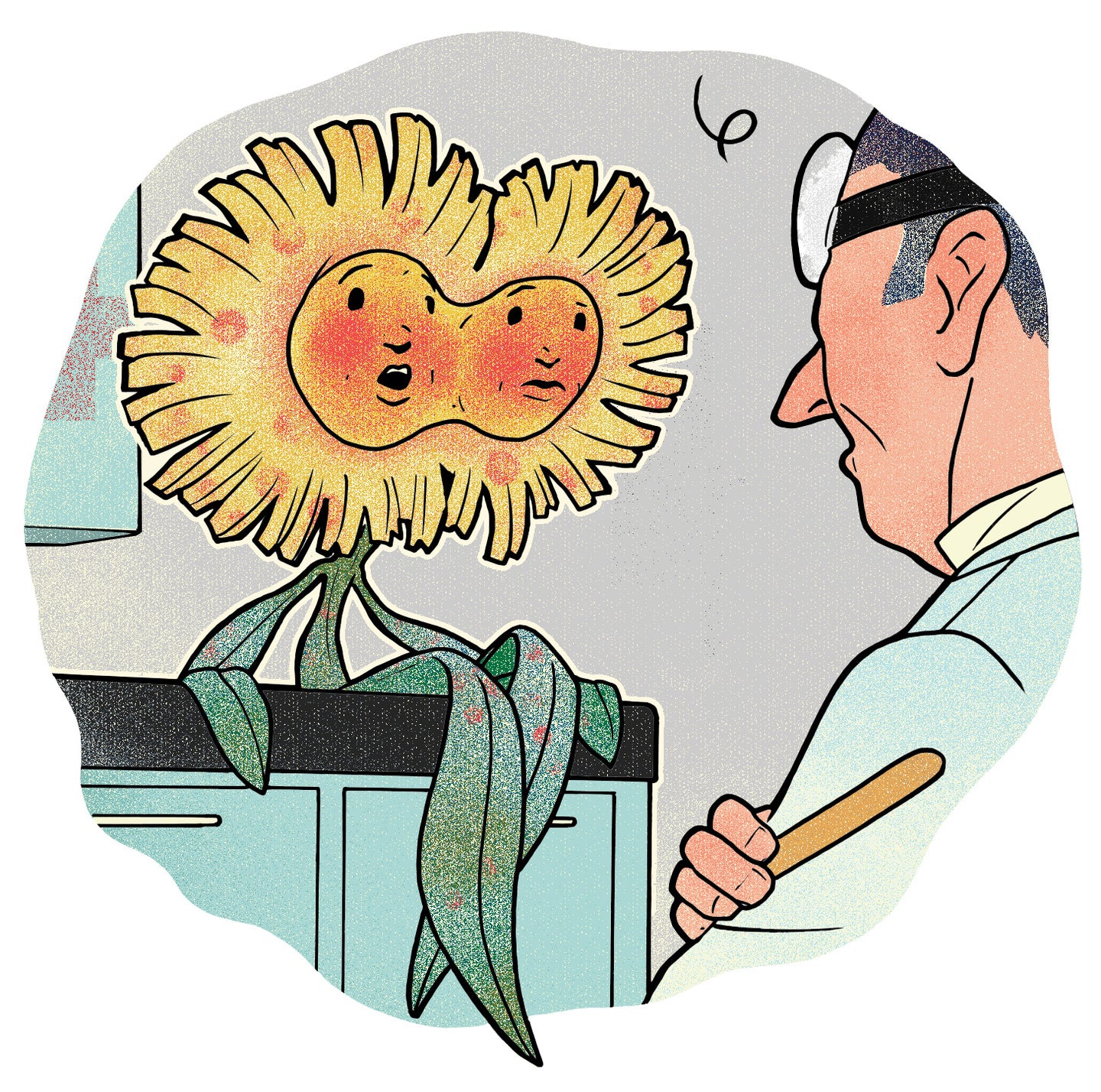 Researchers have long known that certain fungal parasites can spread from one flower to another through their pollen. And like most animal STDs, plant STDs aren’t usually fatal for the individual host plant. Still, the concept of “sexually transmitted diseases” doesn’t fit neatly into the plant kingdom.

For one thing, these infections are not transmitted via direct physical contact, as in animals. Typically, the fungal spores make their way from plant to plant on gusts of wind or by hitching a ride on a pollinating insect. The best-studied plant STD is a pathogen called Micobotryum violaceum, which affects flowering campion plants. Both the male and female flowers of plants infected with M. violaceum serve as breeding grounds for the fungal spores, which can then be spread by bumblebees or other pollinators. The fungus may even stimulate a diseased plant to produce extra flowers in order to spread the infection more efficiently.

Swedish botanists Anders Wennstrom and Lars Ericson have studied other kinds of flower fungi, including some that make their way from a bloom into the soil, where they can infect another generation of plants the following year. And certain fungal parasites are passed from the flowers of one plant to the seeds, leaves, or stems of another. But since the pathways of these infections don’t require that both plants have sexual organs, it’s not clear that they should be categorized as sexually transmitted, per se. The researchers suggest that they be called reproductive diseases instead.

Have a burning question? Email it to askanything@popsci.com or tweet it to @PopSci #AskAnything.

Ask Us Anything
plants