How LEDs Are Going To Replace Our Lights 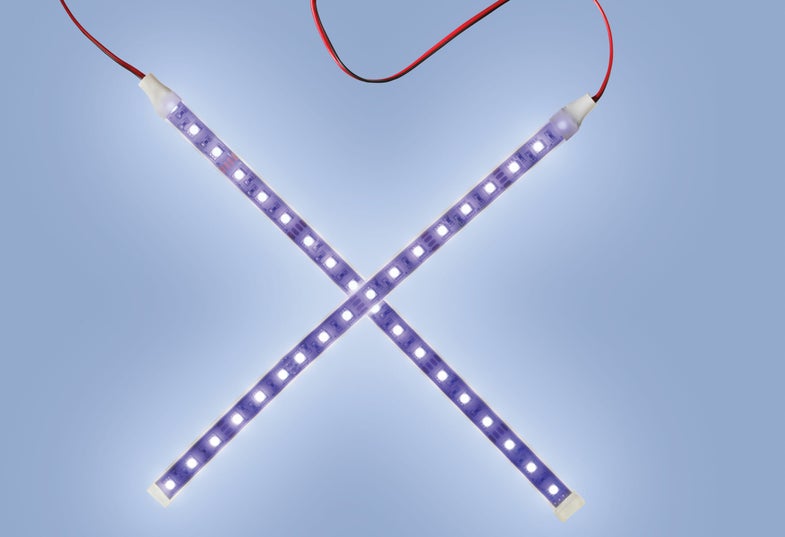 In December, the Nobel Prize for physics went to the team behind a significant invention: the blue light-emitting diode (LED). While red and green LEDs have been around since the 1960s, figuring out how to make blue diodes bright enough stumped engineers until the early nineties. That advance—enabled by high-quality gallium nitride—quickly led to another. By converting blue light to white, engineers produced the crisp beams now ubiquitous in computer screens and smartphones. More recently, they found yet another application: street lamps. To date, Los Angeles has swapped in 155,000 LED fixtures, a move that has reduced both municipal energy bills and light pollution. Ed Ebrahimian, who directs L.A.’s Bureau of Street Lighting, says the benefits are a no-brainer for cities. “We’re at the tip of an iceberg,” he says. “I think we are going to see a tremendous conversion happening in the next five to 10 years.”

The Cost Of Better Bulbs 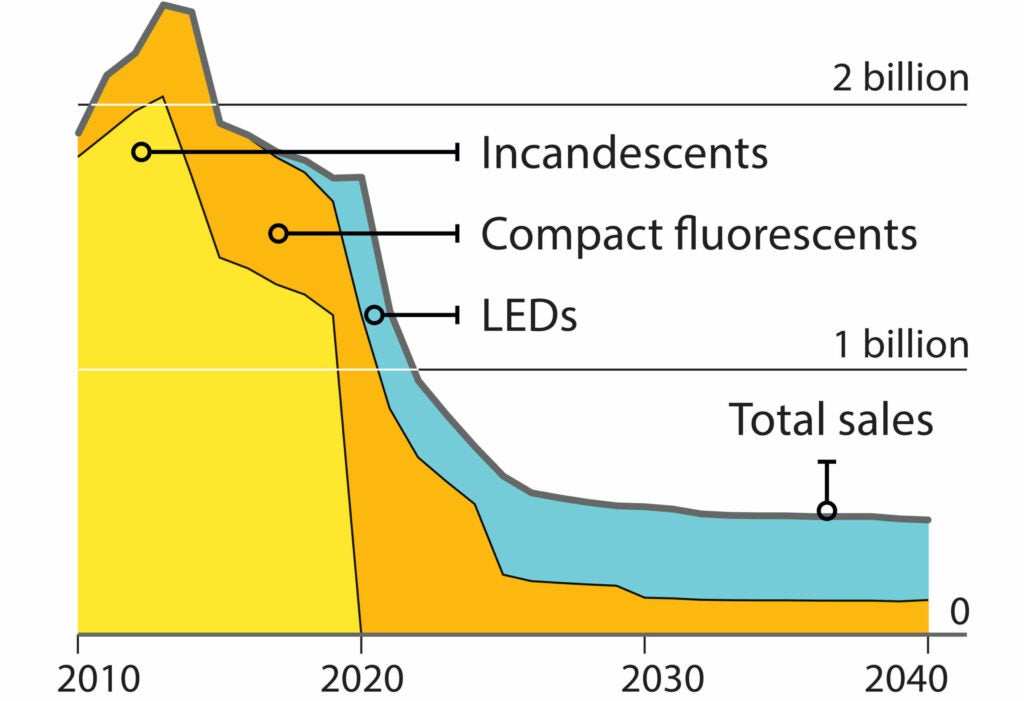 U.S. energy consumption is projected to drop 46 percent by 2030, thanks to the adoption of LEDs—a savings of more than $30 billion at today’s prices, according to the U.S. Department of Energy.

Household LEDs have historically been expensive—in 2010, their average price was almost $70—which is why they account for just 2.3 percent of today’s U.S. bulb market. But that’s changing. Analysts predict prices will plummet to under three dollars by 2025. And with strict efficiency standards taking effect in 2020, experts expect LEDs will find their way into most homes soon after. Ironically, that could tank the bulb market: LEDs last about 30 times longer than incandescents, so they need to be changed far less frequently.

Sure, incandescent bulbs are wildly inefficient, but nothing signals coziness like their buttery yellow hue. Soraa, a company co-founded by Nobel Prize winner Shuji Nakamura, recently developed a method to warm the cool tone of white LEDs by using violet-emitting semiconductors instead of blue ones. Now LEDs can mimic that incandescent charm while slashing energy bills.