Snakes don’t have necks, shoulders, arms, hips, legs or any other familiar vertebrate body parts — but that doesn’t mean... 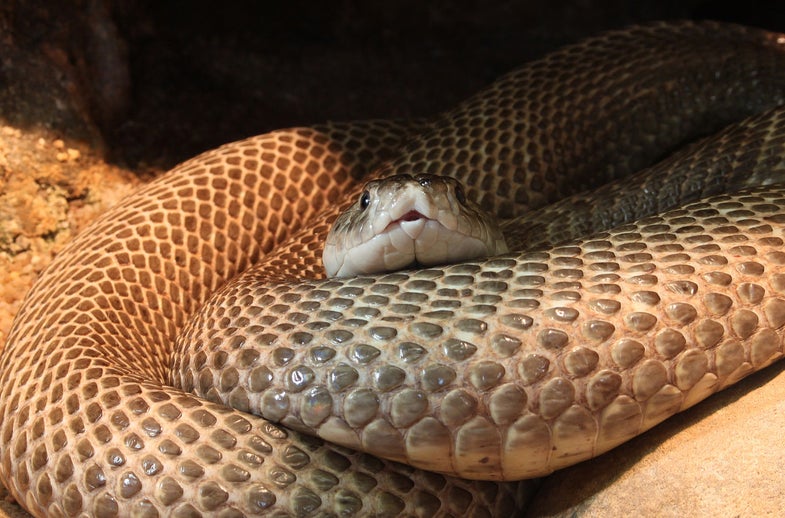 Snakes don’t have necks, shoulders, arms, hips, legs or any other familiar vertebrate body parts — but that doesn’t mean they are simple animals. They might have evolved in a completely different way than scientists thought, a new study says.

Scientists have long thought that snakes developed their slender, limbless form because of disrupted Hox genes, a set of genetic blueprints that help establish the body plans of vertebrates. Changes in Hox expression are thought to be a main mechanism driving the evolution of new body forms. In mice and men, Hox genes establish where our necks, trunks, lumbar, sacrum and tail regions go, along a head-to-tail axis. Since snakes don’t have most of these distinct areas, it was thought that Hox genes were disrupted in a snake ancestor, resulting in their simplified form as compared to their four-legged lizard ancestors. Scientists from the University of Nebraska-Lincoln and Indiana University turned this theory upside down in a new paper published this month in Nature.

If a loss of Hox genes caused snakes to evolve in their slim, limbless form, then scientists would expect to see fewer differences in the shapes of snake vertebrae compared with other animals, as one of the study’s authors, Jason Head of UNL, explains in a statement. They compared snakes and limbed lizards, and found the exact opposite: “Snakes have the same number of regions and in the same places in the vertebral column as limbed lizards,” Head says.

Then the researchers compared snake vertebrae with Hox gene expression, and found the two matched. This suggests that Hox genes are still at work in the serpentine body — it’s just that, instead of forming body regions like the neck and lumbar spine, they control the organization of subtle curves in snakes. So snakes didn’t lose bodily regions after all. It would be more accurate to say that mammals and birds gained them, by somehow augmenting Hox expression. This turns the evolutionary sequence of events on its head, notes coauthor P. David Polly of IU.

The researchers used statistical analysis to reach their conclusions about gene function and body shape. They also looked at fossils, which Head said was crucial — genes do not tell the whole story.

“Analysis of gene functions are necessary, but not sufficient in studying evolutionary transitions,” he says. “In order to fully understand the mechanisms by which new body forms evolve, it is crucial to study the anatomy of modern and fossil organisms.”

Their paper was published Jan. 5 in Nature.