Swimming pools are full of poop, but they probably won’t make you sick

They're still gross, though. 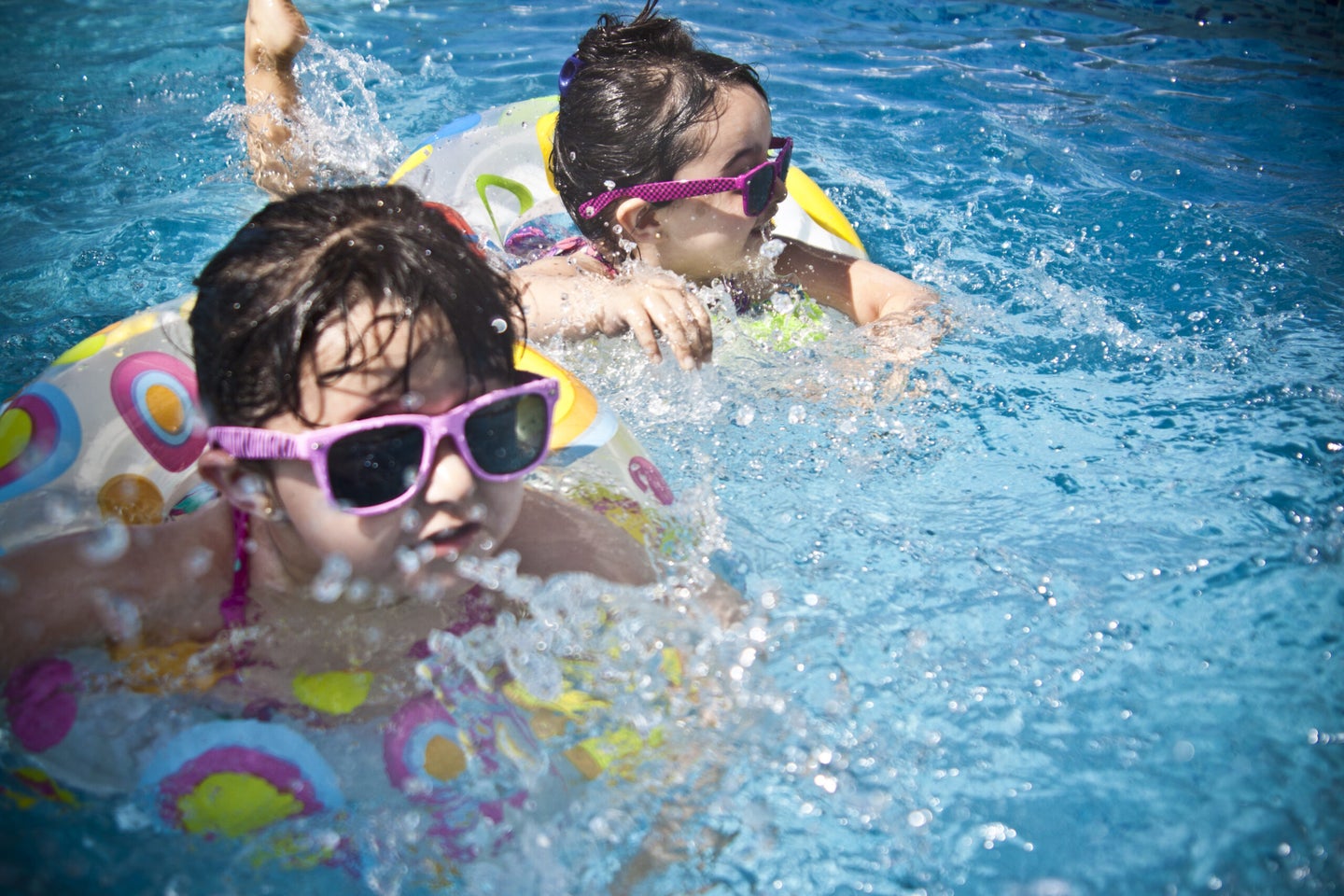 Let’s start with the gross stuff: up to ten grams of poop can wash off a little kid’s butt in a pool. Ten grams is a pretty small amount, but multiply that by the number of children in your average public pool over the course of a hot summer day. Think about how much poop that is. And now think about the last time you got an infection from swimming in a pool.

Was it last summer? The summer before that? To be fair, young kids are far more likely to get sick because they end up swallowing the water, so think back to when you were little. Anything? Probably not. Even if you spent most of your childhood in public pools, odds are you never got seriously ill from the bacteria and parasites in there.

To be clear: it’s not because pools are clean. Pools are awful. They’re full of poop and pee and probably some blood to round it all out, and lots of them don’t have the proper concentration of disinfecting agents. 17 percent of people say they’ve peed in a public pool before (and let’s be honest, if 17 percent are willing to admit it, there have to be way more pool-peeing people who aren’t).

Which isn’t to say that no one gets sick from pool water. The Centers for Disease Control just put out a report noting that Cryptosporidium outbreaks have risen an average of 13 percent each year from 2009 to 2017. Pools and other swimming spots (like water parks) accounted for 35 percent of those outbreaks, while the rest were mainly from cattle or from a childcare facility.

We chlorinate pools because, when dissolved in water, chlorine breaks down into two chemicals that destroy microorganisms’ protective walls: hypochlorous acid and hypochlorite ions. But crypto has a thick coating on it that doesn’t allow chlorine to break through, so it persists even if pools are properly treated. All it takes is some little kid to go swimming too soon after having an infection to spread crypto to the whole pool. As the CDC notes, “one diarrheal incident” can deposit 10 to 100 million Cryptosporidium oocytes, which other small children are likely to ingest (let’s face it, everyone swallows pool water when they’re little).

And if the pool doesn’t have the right balance of disinfecting chemicals, crypto isn’t all you have to worry about. You can catch pus-filled rashes from Pseudomonas, a fever and cough from Legionella, diarrhea from Shigella, diarrhea from Giardia, diarrhea from Norovirus, or diarrhea from E. coli. Some of these bacteria are chlorine-resistant, some aren’t. The point is that public pools are full of microorganisms just dying to give you the runs.

About 8 in every 10 pool inspections find serious health code violations. Of those eight, one will be so serious that the pool has to shut down immediately. Lots of these violations have nothing to do with the actual detection of bacteria or viruses. They’re more to do with whether there are enough disinfecting agents in the pool. But that’s exactly how you end up with outbreaks—failing to disinfect properly. The CDC estimates that half of all spas are in violation of the health code and that one in nine should be closed immediately. That’s gross. Communal water is gross.

But consider this: there are over 300 million pool visits every year in the United States, yet only around 1,400 people get infections from the revolting water they swim in. That’s a pretty tiny number of infections considering how filthy those pools were, statistically speaking. Way more people have to go to the emergency room for injuries from pool disinfectants—roughly 4,500 people annually—than get sick from the bacteria those disinfectants protect us from. Kids who accidentally eat the chemicals or people who inhale more fumes than they realize can end up hospitalized.

And here’s an even more crucial statistic: about 3,300 people drown accidentally every year, half of whom die in swimming pools. One in five accidental drownings are children, and for every kid who dies there are five more who require hospitalization.

Pools may be gross, but your body is pretty great at warding off infections. You’re exposed to all sorts of bacteria on a daily basis, the vast majority of which don’t make you ill. Pool water probably won’t be the thing that gets you. Young children are the ones most susceptible to Cryptosporidium infection anyway, so as an adult you have little to fear. There isn’t even a solid upward trend in infections caught from pools, only for those caught from child care centers and cattle, and the CDC itself noted that it’s unclear whether the overall upward movement is simply due to better testing. It’s probably also true that the CDC’s numbers are an underestimate—plenty of kiddos get sick without needing to visit a doctor, and thus won’t get tested in the first place. But even so, there are many more dangerous things about swimming pools than the many bacteria living inside them.

If you’re still grossed out (as you should be), remember to not go swimming for a few days after you have diarrhea. And if you have kids, keep them out of the water if they’ve got a GI bug. Also, for so many reasons, don’t drink pool water.

By the way: That whole “don’t swim for an hour after you eat” thing? Totally bogus. Have your popsicle and eat it too. Just don’t eat it in the pool, or any bad poops you have afterward are your own fault.