Scientists are trying to get inside the mind of a terrorist 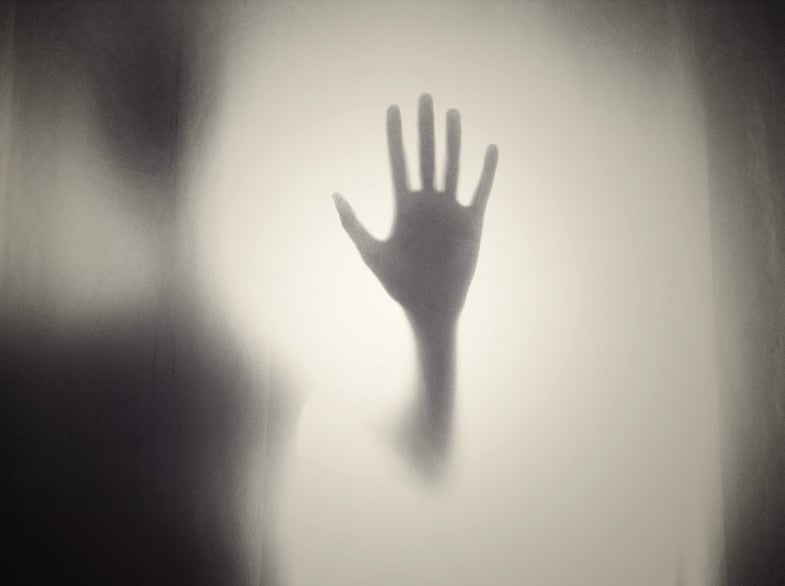 In the wake of the recent Manchester terrorist attacks, in which 22 people—mostly parents, teenagers, and children as young as eight years old—were murdered by a suicide bomber, the question that lingered on so many people’s minds is, “how?” How could he, the bomber, do it? It’s a question that many people have found themselves asking too often, not just after highly publicized attacks in the U.S., but also in countries like Kenya and Nigeria where terror attacks by militant groups such as Boko Haram and al-Shabaab attract less global attention but are no less deadly, or heart-wrenchingly awful.

And yet, despite behaviors that many would label immoral, terrorists often couch their activities in moral terms—invoking concepts such as “social cleansing” and “moral purification,” attacking people and symbols that they believe are representative of moral failings. But how can people allegedly motivated by morality engage in behaviors that, from the outside, appear to be so clearly immoral?

Agustín Ibáñez, a cognitive science researcher at Argentina’s Ineco Foundation at Favaloro University, and Adolfo Garcia, a researcher at the National Scientific and Technical Research Council (CONICET), took an interesting tact towards understanding how the mind of a terrorist differs from the mind of, well, people who don’t commit acts of terror.

In a study released today in the journal Nature Human Behavior, Ibáñez and Garcia (along with research support from the Universidad Autonomoa del Caribe, Universidad los Andes, and ICESI University in Colombia, Chile’s Universidad Adolfo Ibanez, and Boston College) studied the moral judgment of 66 terrorists.

While terror attacks are a relatively new concept to Americans outside of the Jim Crow South, the country of Colombia spent more than twenty years under constant threat of terror attacks from paramilitary groups that have by some estimates killed as many as 70,000 people (a peace deal finally went through this year, leaving only one remaining group). Garcia, Ibanez and their colleagues had 66 incarcerated terrorists complete a host of cognitive functioning tests, assessments designed to test aggression, an emotion recognition assessment, and a moral judgment task.

The 66 terrorist participants were members of an illegal armed paramilitary group that had been designated a terrorist organization by many countries. Each of them had been convicted of murder with an average of 33 victims—some had participated in massacres where as many as 600 people were killed. They were matched with 66 socio-demographically matched controls (that is, people of similar education and background, but who were not criminals).

The researchers found that in terms of intellect and executive function—that is, our ability to, among other things, self-regulate our behaviors—the terrorists were no different from the rest of us. Nor were they any more reactively aggressive; they’re not unusually prone to flying off the handle in response to a perceived threat. But they were more proactively aggressive: they were more likely to act aggressively in ways that suggest they expected a reward for their aggression.

Think of a toddler pushing down another for their candy, or their toy. Most of us wouldn’t do that past childhood. A terrorist might, especially given that the study subjects weren’t as good at analyzing other people’s emotions (most notably, anger, sadness, and disgust). It’s not so much that they don’t care that you’re feeling that way—it just doesn’t really register.

“Multiple studies across the world have systematically shown that in judging the morality of an action, civilized individuals typically attach greater importance to intentions than outcomes,” Ibáñez told PopSci. “If an action is aimed to induce harm, it does not matter whether it was successful or not: most people consider it as less morally admissible than other actions in which harm was neither intended nor inflicted, or even actions in which harm was caused by accident.”

Perhaps more chilling, this tendency to focus on the outcomes rather than the underlying intention means that the terrorists are focused more on outcomes than your average person, and that terror behavior is “goal directed.” Write the study’s authors “… our sample is characterized by a general tendency to focus more on the outcomes of actions than on the actions’ underlying intentions.” In essence terrorism is the world’s worst productivity system, because when coupled with rational choice theory—which says that we tend to act in ways that maximize getting our way with the least amount of personal sacrifice—murdering a lot of people to get your goal, absent moral stigma, starts to make sense.

How do we know that this is terrorist-specific and not criminal-specific? The researchers thought of that too. They also gave the moral judgment activity to incarcerated murderers with no terrorist background, matched for age, years incarcerated, education and background with the terrorist subjects. The murderers behaved more like the rest of us.

“We expected an abnormal moral judgment in terrorists, but we were in fact very surprised by the selectivity of this pattern,” says Garcia. “As it happens, in comparison to more than 20 other measures (multiple tasks tapping aggression and various other cognitive and affective functions), moral judgment was the variable that best discriminated between groups.”

Again, we don’t know why terrorists think like this, but says Ibáñez, “As a qualitative observation, one of the potential involved elements is the fact that the Colombian conflict is plagued with extreme sociocultural factors that may support the social learning of atypical moral cognition: most of these populations come from very vulnerable sectors of society. These are people with extreme poverty and low education levels, multiple child abuse antecedents, high levels of sexual violation, and many times the involvement in the guerrilla or the paramilitary is forced, or may represent a better scenario against previous adverse conditions.”

Ibáñez echoes with other findings that suggest social isolation can help contribute to the radicalization that leads a person to join a terror group.

One thing that probably wasn’t a factor for these guys, despite the language of morality that terror groups seem to espouse? Ideology.

“In this population, religion or ideology does not seem to be the most relevant factor,” says Garcia. “Indeed, the impact of ideological position at large seems to have only a partial impact. Most ex-combatants in Colombia joined paramilitary groups for economic reasons, since they were paid a salary. Only approximately 13 percent of ex-combatants had an ideological motivation for joining the paramilitary group. Thus, it is unlikely that terrorist and other criminal acts (massacres, murder, theft, kidnapping, and fraud) committed by these individuals were guided purely by their ideological convictions. Consistently, social sciences theories suggest that ideology and action are sometimes connected, but not always. Many terrorists are not ideologues or deep believers in an extremist doctrine.”

Ibáñez stresses that the morality test isn’t a screening tool for ‘potential terrorists’ or a filter to determine which terrorist should be released when their sentence is up. However, if this finding holds up across future studies, it might be useful as a tool to figure out who might need some psychological interventions and monitoring to help them better reintegrate into society. And since we still don’t know why the terrorists screened in the study think this way, it suggests an avenue for further study.

“Our research cannot answer questions regarding what caused this atypical moral evaluation,” Garcia told PopSci by email. “Terrorism and radicalization are multifactorial phenomena molded by group dynamics, biological predispositions, cultural constraints and socio-psychological factors. It may even be the case that this abnormal form of moral cognition is the result of participating in terrorist practices. Further research would be needed to answer this question.”