It’s possible to get too much sleep, but don’t let that keep you up at night

But you should probably be more worried about not getting enough. 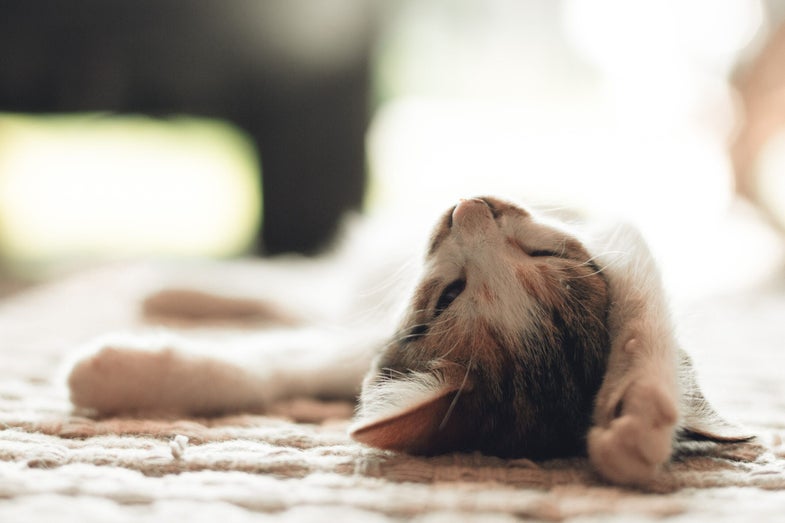 At this point we should all know that we need to get eight hours of sleep per night. Any less and you’re functioning below normal. But what about more? Is it possible to get too much rest?

A new study suggests that yes, getting nine or more hours of sleep per night might also be unhealthy. Researchers from around the world gathered data from 116,632 people in 21 countries, each of whom they followed for about 7.8 years to see whether the amount they slept correlated with their overall risk of mortality (their likelihood of dying during the course of the study). They published their results in the European Heart Journal, which showed what epidemiologists call a J-shaped curve. The phenomenon refers to there being a point in a graph of mortality where the risk is minimized. In this case, that’d be right around eight hours of sleep. As you head down on the chart toward fewer hours of sleep, the risk of death increases for a whole host of reasons, but there’s also a rising risk as you increase the amount of sleep. And they’re not the only ones to find the J-shape. Other studies have also found that people who get nine or more hours of rest each night seem to have higher rates of mortality,

But that doesn’t necessarily mean that more sleep is causing more death. Sometimes a curve is J-shaped because of some other confounding factor.

Think of an adult you know who sleeps 10 hours a day. Is that a healthy person? Probably not. Experts like Matthew Walker, the director of the sleep and neuroimaging lab at the University of California, Berkeley, have discussed how various diseases and chronic ailments might prompt someone to sleep more yet also put them at higher risk of death. He discusses studies like this one in his book, Why We Sleep, in which he points out that “should you explore those studies in detail, you learn that the causes of death in individuals sleeping nine hours or longer include infection (e.g., pneumonia) and immune-activating cancers.” Serious illnesses like these prompt a person to sleep more, he points out, and thus “the illusion created is that too much sleep leads to an early death, rather than the more tenable conclusion that the sickness was just too much despite all efforts to the contrary from the beneficial sleep extension.”

The researchers who ran this most recent study were well aware of this criticism, and so went to impressive lengths to try to prevent the confounding factor of illness. They tried eliminating people who had any symptoms that might hint at underlying disease from the analysis, as well as those who already had a diagnosed illness, and found similar results. That could be a sign that there really is something about sleeping more that’s unhealthy for us. But it’s also important to note that even these researchers note “causality cannot be definitively proven from this or other observational studies.” Observational studies are great for looking at large populations on whom you can’t do detailed sleep analyses, but they’re simply not able to draw conclusions about whether one factor caused another.

To figure that out, you need to do some kind of randomized study. That would mean prescribing groups to sleep a certain amount for many years and following them to see what happened, which is probably not feasible. Barring that, researchers would need to figure out a plausible mechanism by which sleep would increase risk of death. Cigarettes, for example, were never prescribed to people who were then followed in lengthy, randomized studies. Scientists had to do other, more clever experiments to figure out how the components of cigarettes were impacting the human body and use that evidence to draw conclusions from observational data.

So far, though, Walker writes that “no biological mechanisms that show sleep to be in any way harmful have been discovered.” That doesn’t mean they won’t be in the future—maybe we will find a mechanism. It’s just that right now it’s not clear how 9.5 hours of sleep versus 8 would negatively impact a person.

Statistics would also suggest that far more Americans should be concerned with not getting enough sleep than with getting too much. A 2013 Gallup poll showed that 40 percent of Americans regularly sleep six hours or less per night, whereas only five percent get nine-plus hours. Part of the problem with chronic sleep deprivation is that you don’t realize how sleep-deprived you are while you’re sleep-deprived. Researchers have tested this by monitoring people in sleep labs and having them sleep eight hours per night, then six hours another night, and having them take the same test after each. When asked how they think they did after only sleeping for six hours, people say they did great, probably just as well as they did when fully recharged. In reality, they did significantly worse. They just didn’t realize it.

So if you’re one of those people who claims they only need six hours, don’t use this study to prove how it’s just as bad to get too much sleep. The jury is still out on how surplus sleep could hurt you, but it is most definitely in on how harmful it is to be chronically sleep-deprived. Aim for eight hours every single night, regardless of how much you think you need. And if you’re consistently sleeping more than nine or ten hours a night, go see a doctor to make sure you don’t have some underlying condition or a sleep disorder. You may be perfectly fine, but you never know.